10 Car Features That Came Back From The Dead 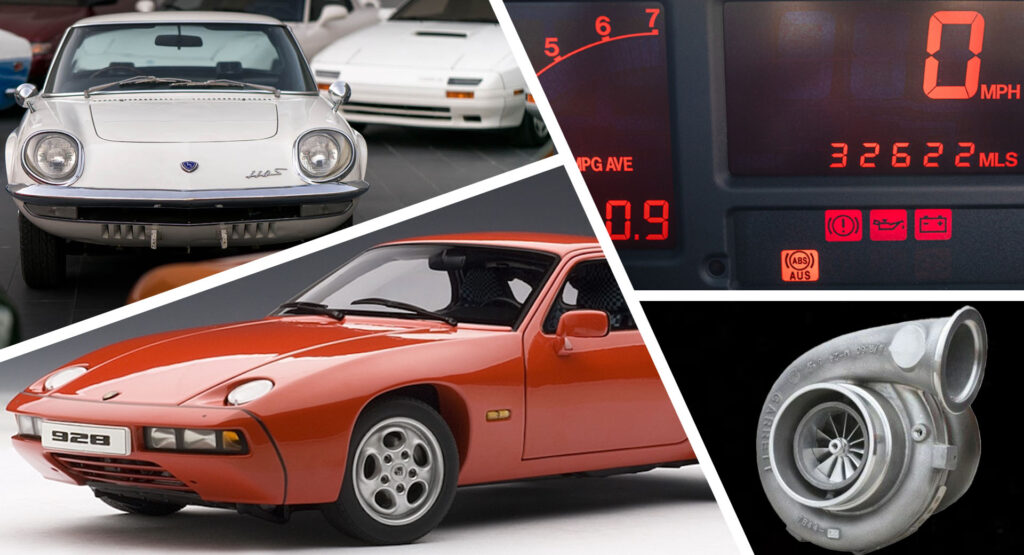 Today’s most advanced cars offer the kind of luxury and safety equipment our ancestors couldn’t even have dreamed about. Or do they?

While it’s true that car drivers of even 30 years ago couldn’t imagine being able to actually buy a car they could summon from their garage with a pocket computer, drive for hours without touching the steering wheel, or one that showed augmented reality navigation instructions projected onto the windshield, plenty of the gadgets we think of as being new and innovative had already been trialed years earlier.

Often those trials failed because the technology wasn’t sufficiently advanced to make them work properly or reliably. But with modern computing power behind them, those ideas were given a second chance. Here are 10 car features that came back from the dead.

There’s hardly a combustion car on sale now that doesn’t use the power of exhaust gases to cram more air into its engine. But when GM abandoned its short-lived early 1960s experiment to give the Oldmsobile F-85 Jetfire and Chevy Corvair Monza the performance of much bigger-engined cars, it was years before another big OEM tried the same trick. 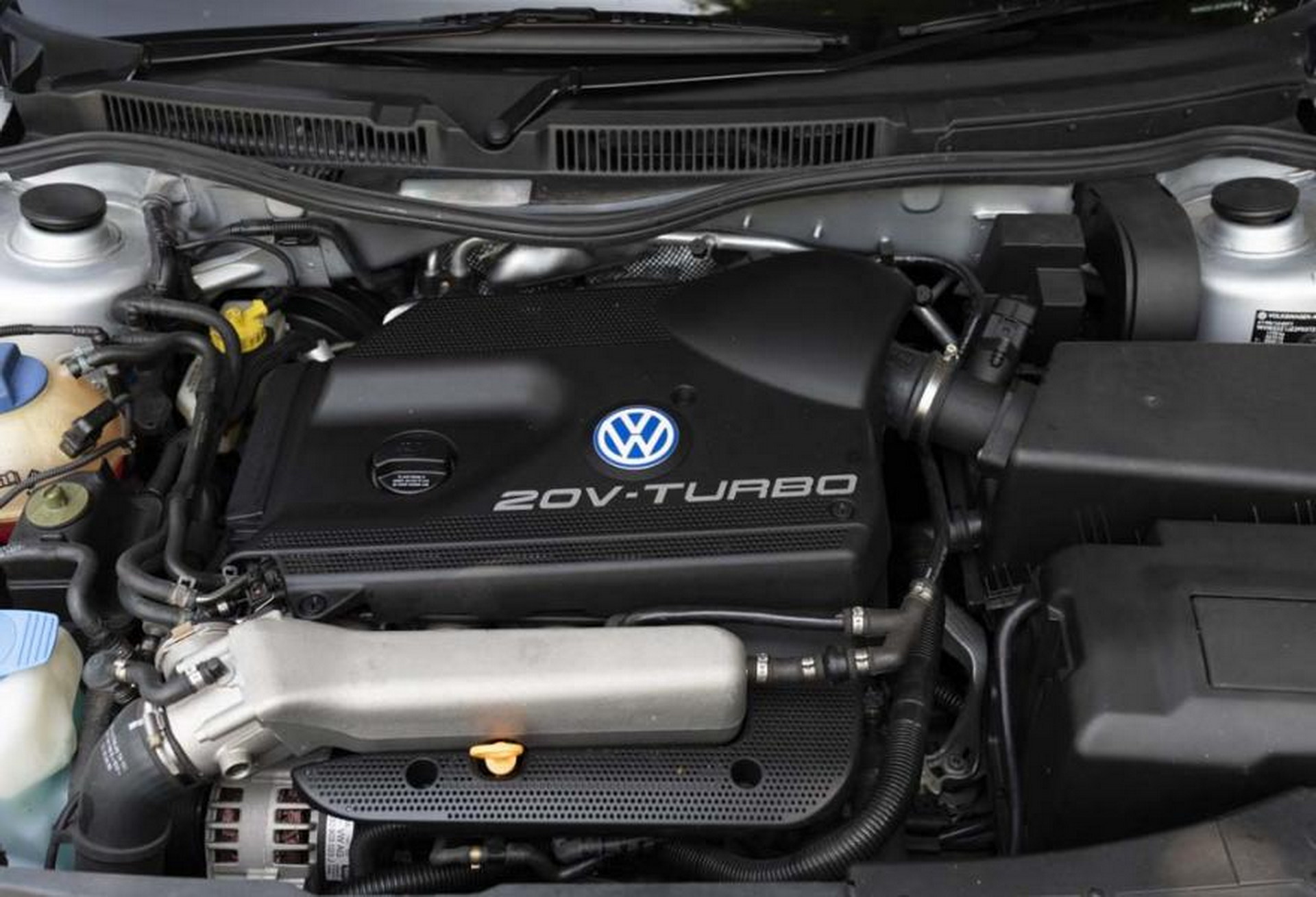 When turbo tech did return it was picked up first by performance cars like the 1974 BMW 2002 Turbo and 1975 Porsche 911 Turbo, and then by diesels, including the 1978 Mercedes-Benz 300SD. Forced induction on ordinary gas-powered cars wasn’t really normalized across the globe until the VW Group launched its 1.8-liter engine in the mid 1990s and put it in just about everything, but by the 2010s cars without turbochargers started to become the anomalies.

Driving a car down a twisty county road before the dawn of the new millennium meant having your fingers primed to spring from the steering wheel and either push the turn-signal stalk away or click it towards you to dip your full beams to avoid dazzling other drivers.

These days, most cars do the job for you (though not perfectly), but Cadillac actually launched an early version of the tech called Autronic Eye way back in 1952. It was, by most accounts, terrible, though it actually lived on into the early 1980s as Guide-Matic. 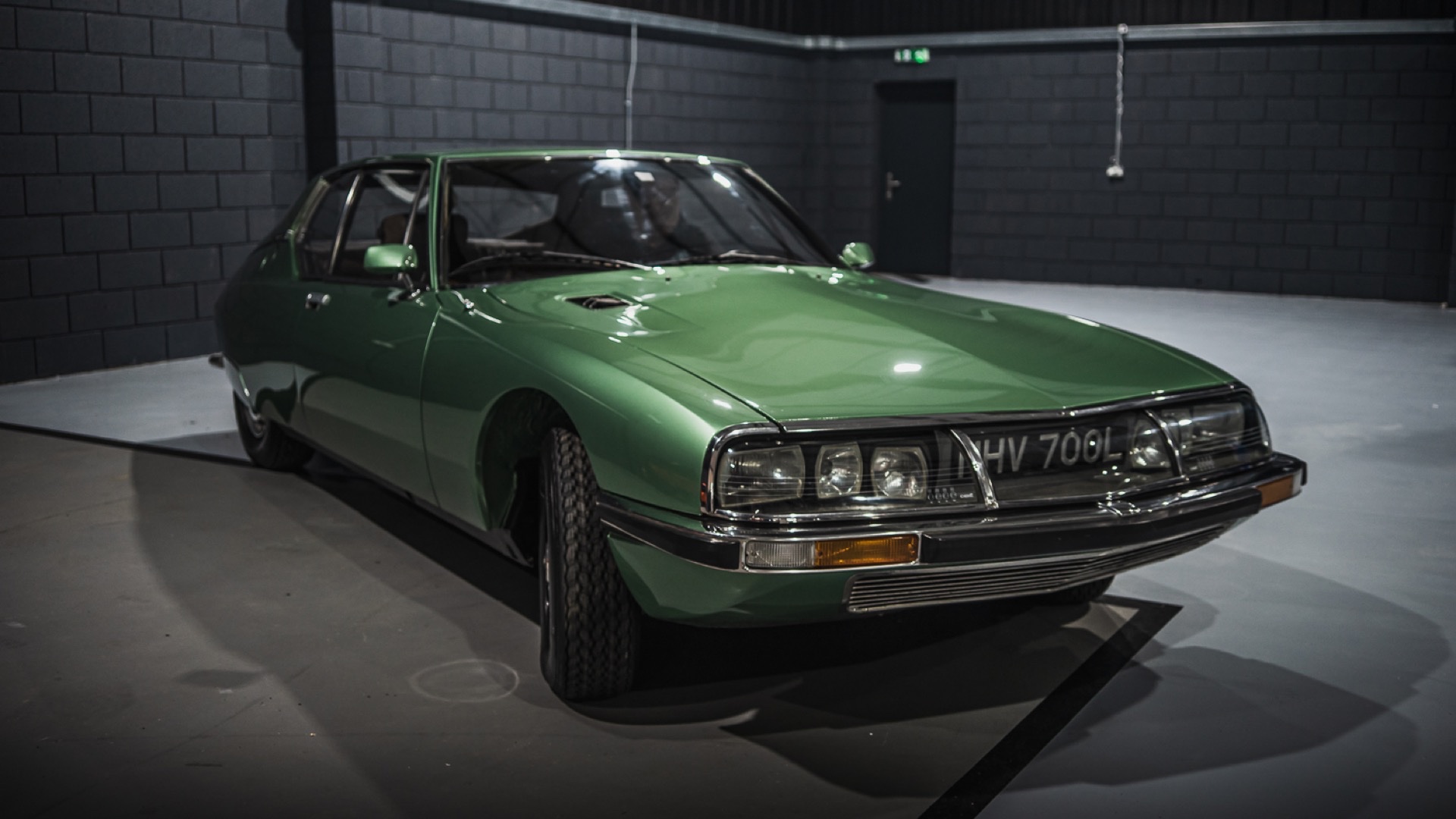 Most of today’s cars also have headlights that turn on when it gets dark and will stay lit to let us see the way to our front doors, two features that GM’s Twilight Sentinel system promised in the 1960s, while modern swiveling headlights surely take their inspiration from cars like the Citroën DS and SM and Tucker 48, and aftermarket cornering headlight systems that were available in the 1920s.

Cars only need a fraction of their maximum optimal power output when cruising, so shutting down half of an engine when it’s not needed to save fuel seems like a great idea. And if you’ve driven a modern small Audi, a current Ford Fiesta ST or a 5.7 Hemi-engined Dodge or Jeep, you’ll know it’s surprisingly smooth.

Which is more than could be said for the Cadillac V8-6-4 of 1981, whose clever ideas to beat the second gas crisis weren’t matched by the cleverness (or reliability) of the electronics needed to make the system work properly. It was quickly dropped, but two decades later the tech was back, and finally living up to its promise. 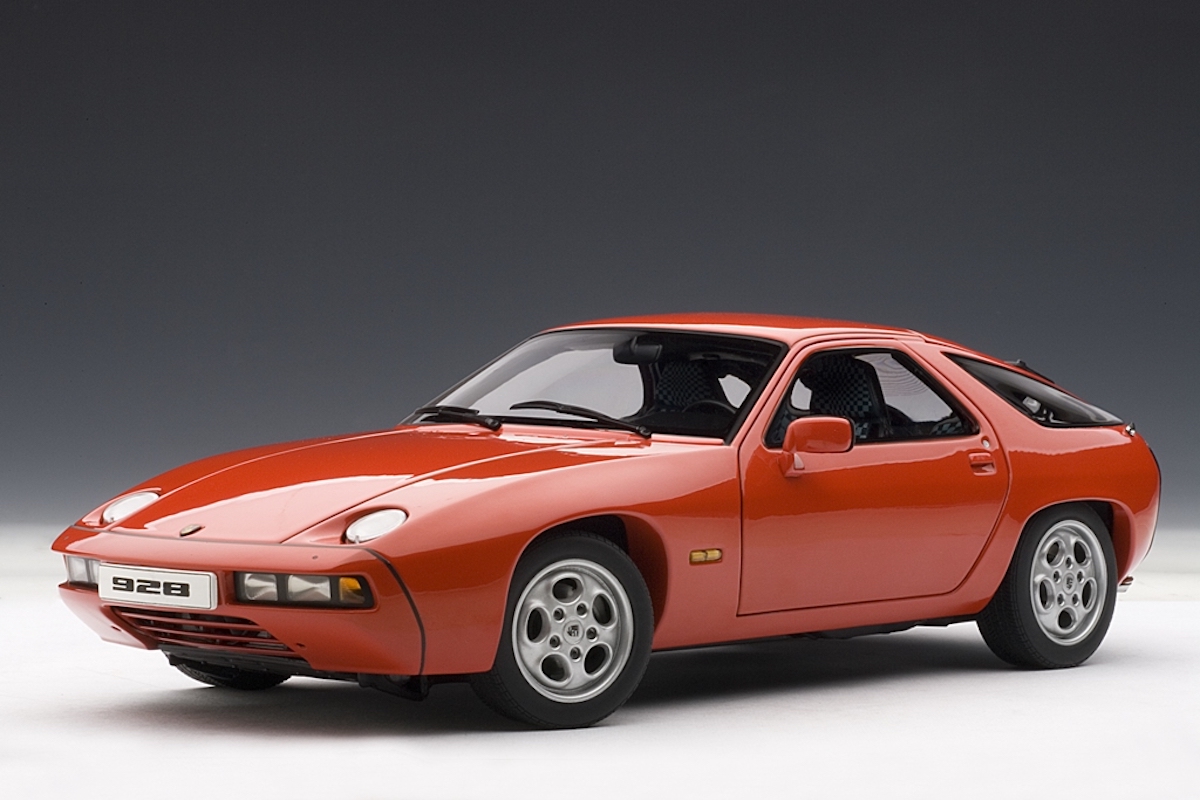 Unless they’re trying to look like tough off-road warriors, modern cars always feature smooth, color-coded bumpers that don’t disrupt the lines of the body’s sheetmetal. It’s a styling trend that the industry adopted wholesale in the mid 1990s and instantly made anything built earlier appear dated.

But Porsche’s 928 had been showing off the same trick since 1978, the Corvette since ’73 and the Pontiac GTO’s Endura bumper had appeared way back in the fall of 1967.

Four-wheel steering was popular with tech-obsessed Japanese automakers during the 1980s who used it on cars like the Honda Prelude and Mazda 626. The Nissan Skyline GT-R also adopted rear-axle steering for its 1989 comeback and championed it throughout the 1990s even when the technology started to fall out of favor with other automakers.

But ironically Nissan dropped the feature from the GT-R with the death of the R34 Skyline. When the R35 GT-R appeared in 2007 it steered using the front wheels only, just as other carmakers were starting to rediscover the benefits.

As we approach the 2030s, combustion engines are being pushed aside in favor of cleaner, quieter electric alternatives. But a very similar war was being waged in the late 1890s and early 1900s, and back then it was electric power that was forced into submission. Early gas cars were loud, stinky, dangerous, more complicated to start and drive, and needed frequent attention. But they were also lighter, cheaper and the batteries (lead-acid in those days) in EV alternatives couldn’t store much energy relative to the weight they added. Sounds familiar?

The introduction of an electric starter was a major boost for combustion cars, but Edwin Black writes in his book Internal Combustion that petroleum interests helped derail the electric car movement. In 2022 though, with battery technology improving and climate concerns energizing governments to turn against combustion power, the EV takeover is back on track, only 100 years later than planned. 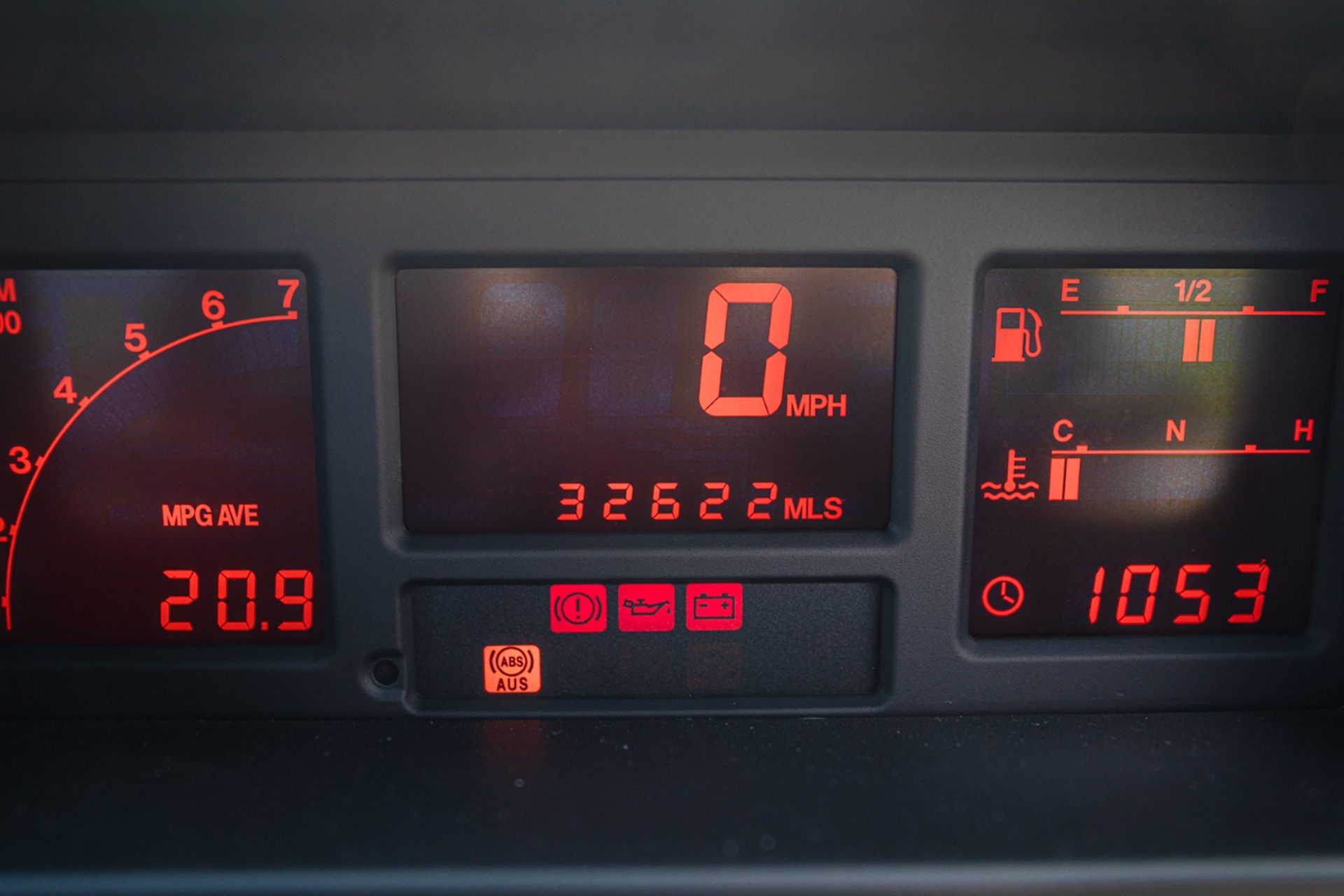 Big digital infotainment displays have been changing the look of our car’s center consoles and central dashboard areas for the past 20 years. And now almost every new car that comes out also features a secondary digital display in place of a traditional analogue instrument cluster. Some, like the Mercedes EQS, cover their entire dashboard with digital displays. 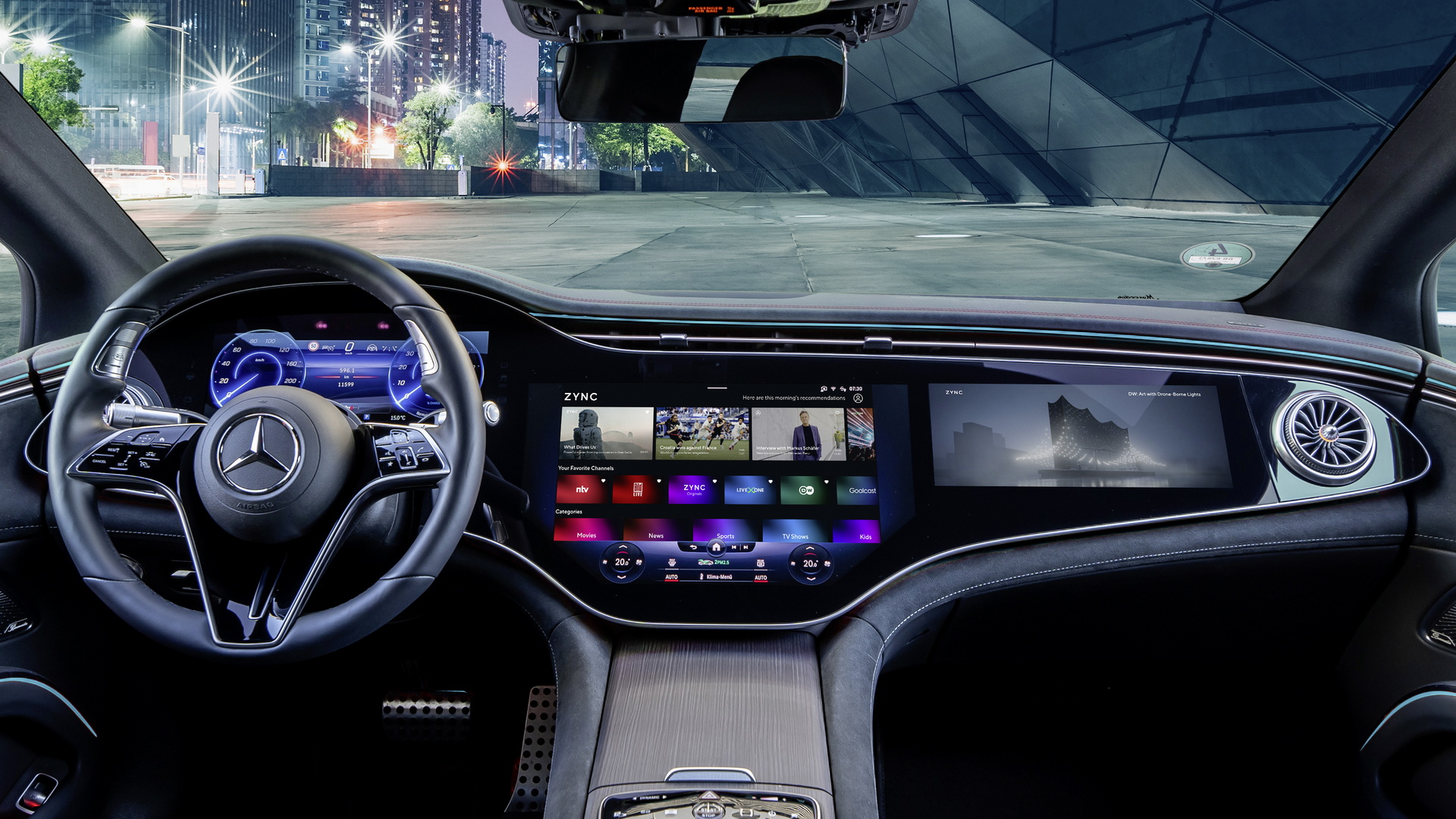 Digital dashboards first took off in the 1980s, but had largely been abandoned (by European carmakers, at least) by the end of that decade. Thanks to real usable benefits over analogue clocks, including the ability to show navigation maps, however, digital gauge clusters are back on trend. And there’s no going back to analogue this time, particularly now that Apple’s CarPlay will soon be integrated with the cluster, and not just your car’s central touchscreen.

This one ties in closely with the previous entry about digital dashboards, because both became talking points in the early 1980s. Unfortunately, the actual talking cars from the early 1980s weren’t anywhere near as smart as TV’s most famous talking car, KITT from Knight Rider, and the technology was unmasked as a gimmick.

It’s much better these days, particularly with the advent of built-in Google Assistant, because your car doesn’t only speak to you, but it listens too. It almost never actually understands what I’ve got to say, though… 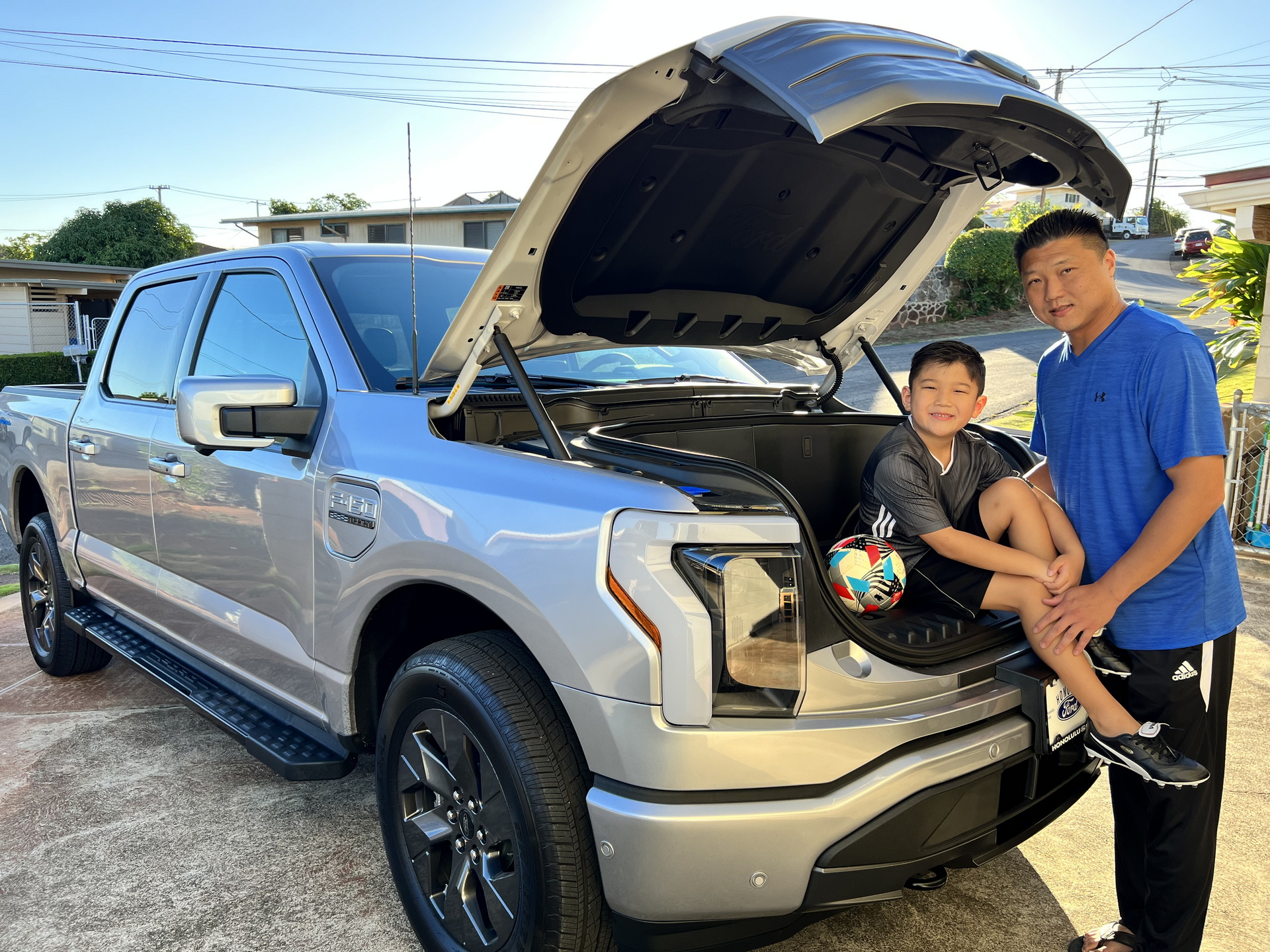 The EV has revolutionized how and where we “refuel” our cars, but also how we load them with shopping. Instead of opening a rear trunk or hatch, we might be just as likely to flip the hood up and drop our bags in there because ditching the combustion motor usually frees up useful cargo space, as seen here on the new Ford F-150 Lightning. 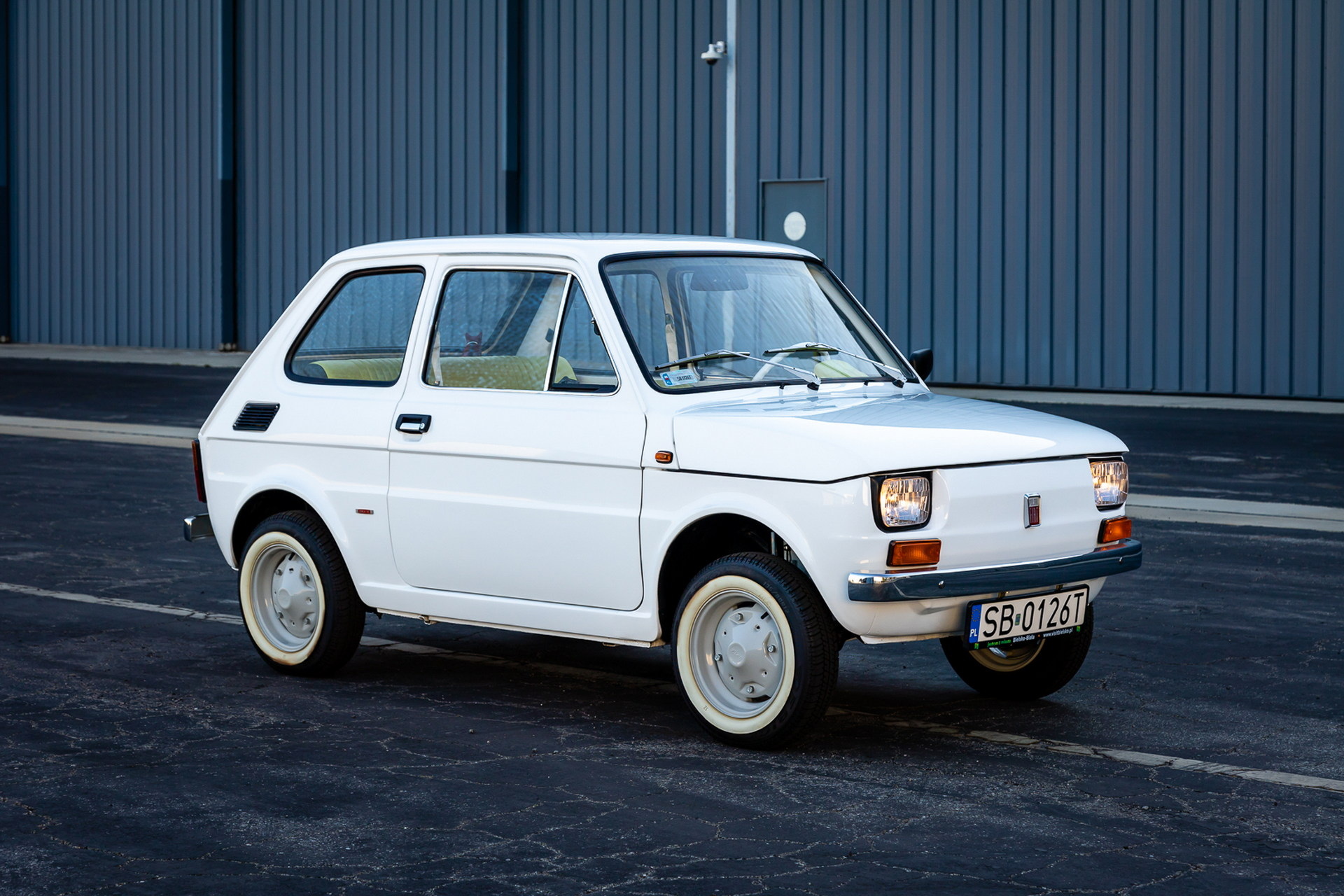 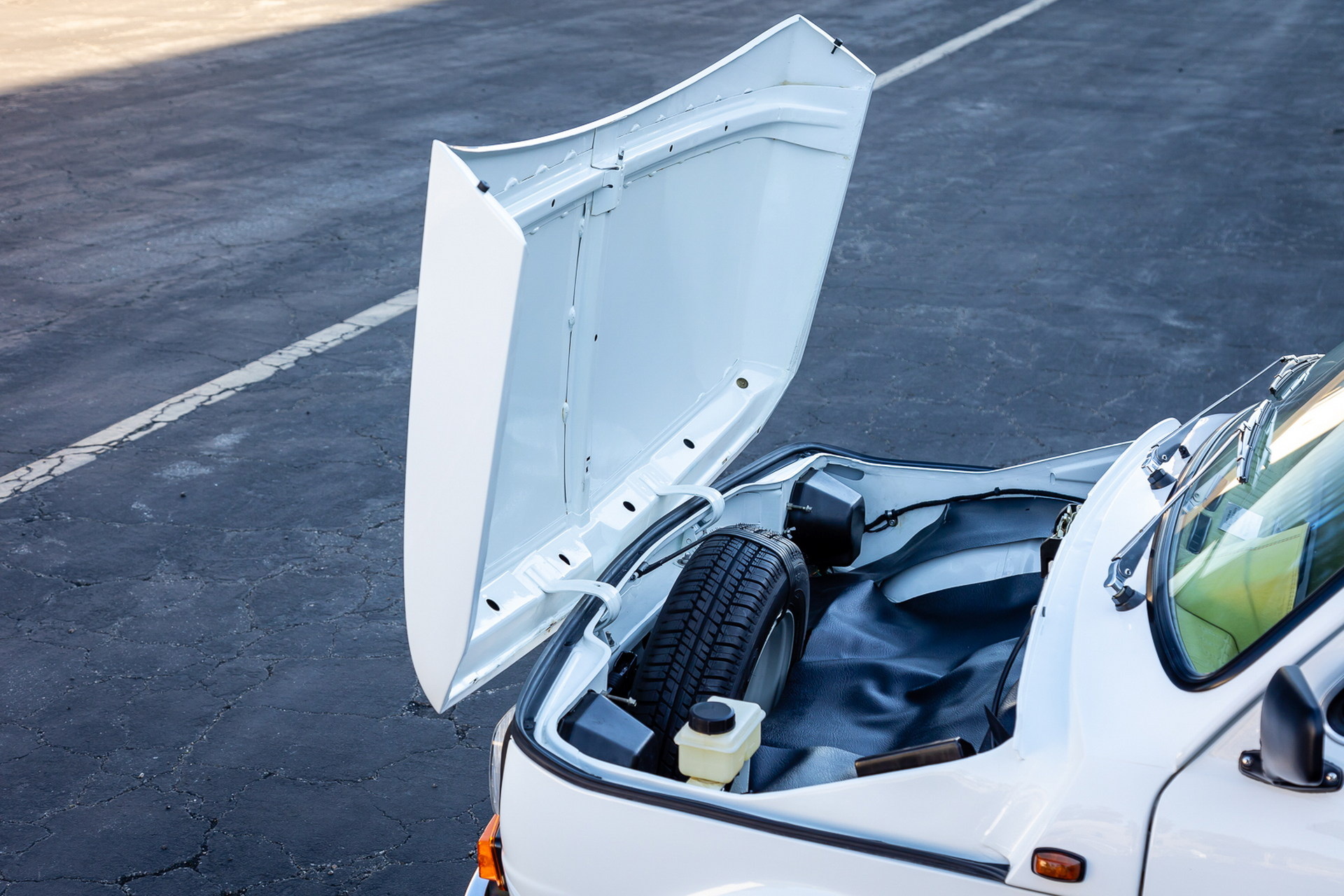 If you’ve ever owned certain mid-engined sports cars, such as an early Toyota MR2, or a rear-engined Porsche 911 of course, none of this would seem weird, but neither would it to millions of drivers of European cars 50 years ago when many BMW, Fiat, Renault, Skoda and Volkswagen models had their engines mounted at the back. Fortunately, scary swing-axle suspension and Russian-roulette wet-weather handling, which were also often part of the vintage rear-engine experience, didn’t join frunks in making a 2020s comeback.

From Citroën to Mercedes, most manufactures in the late 1960s and early 1970s were excited about Felix Wankel’s super-smooth rotary engine. While Benz never put one into production, NSU did, as did Citroën, though it soon wished it hadn’t: the French company tried to buy back and crush every single GS Birotor it had sold. 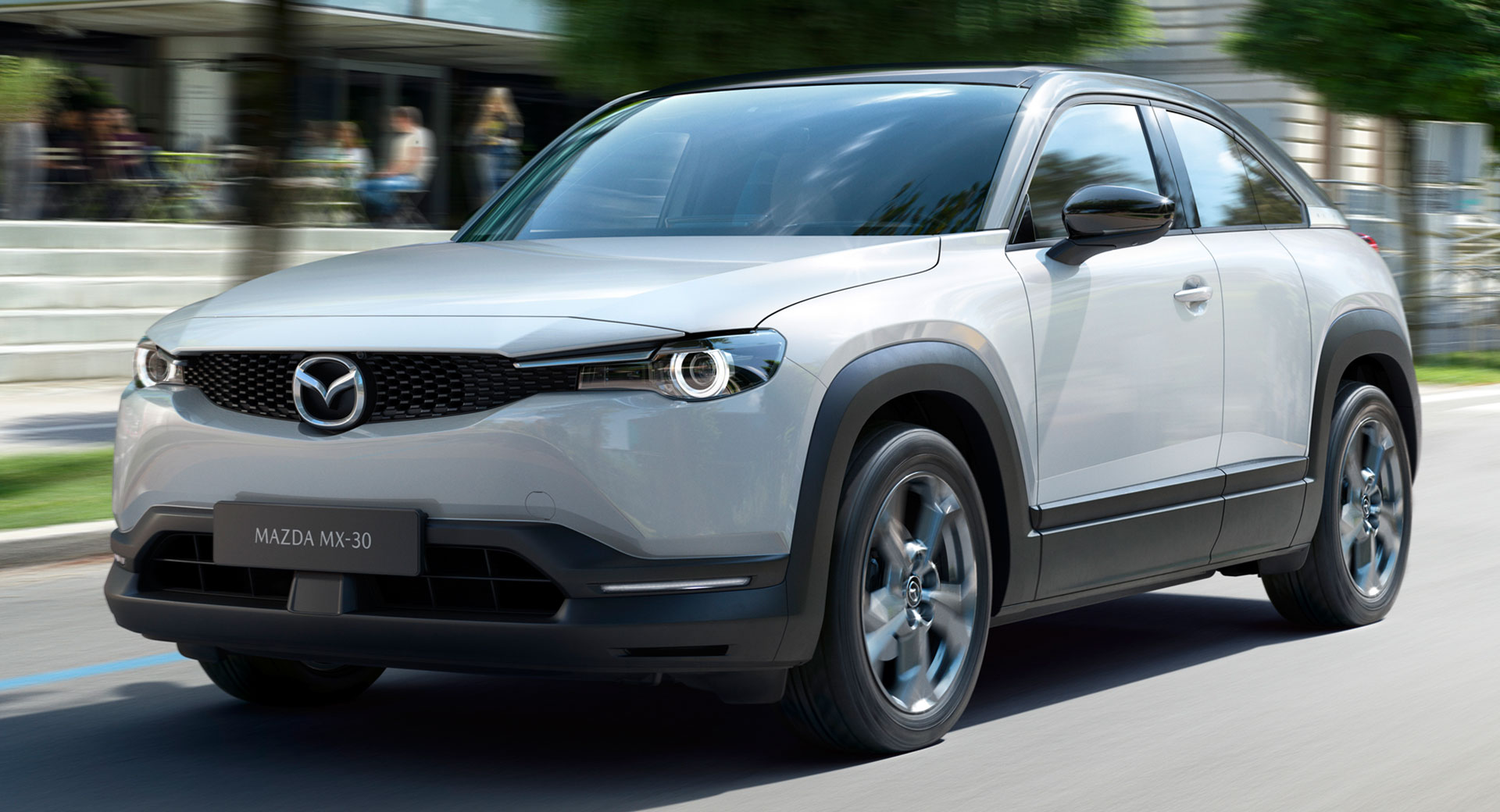 Only Mazda persevered, though when the RX-8 died (and many did) in 2010 due to its inability to meet Euro 5 emissions standards, it looked like the rotary had worn out its final rotor tip and a comeback seemed unlikely. Around the same time as the RX-8 was breathing its last, however, Audi showed an A1 concept that used a rotary as a range extender, and Mazda has decided to do the same to improve the electric MX-30’s puny range.