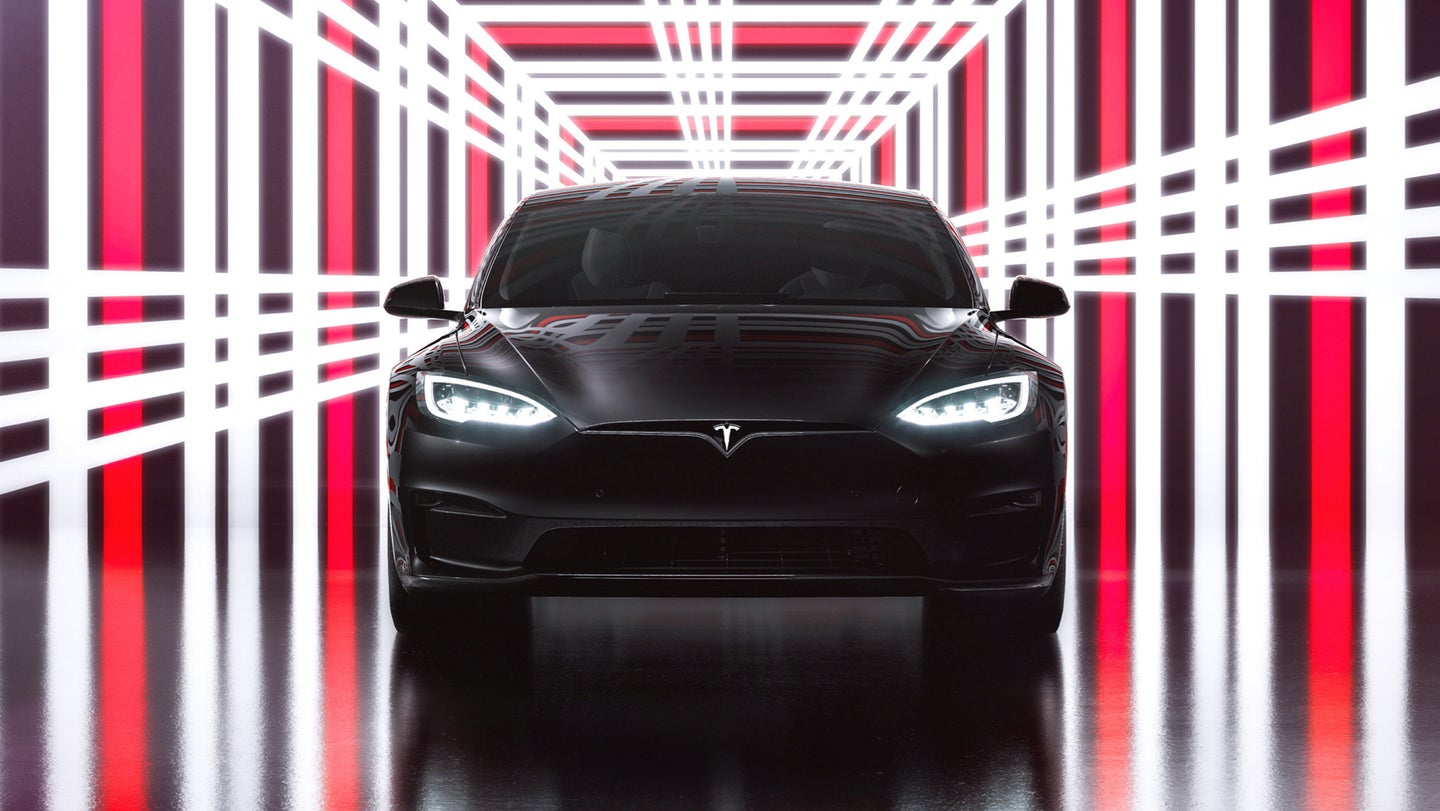 Having your car totaled by the shop is every owner’s nightmare, and it just happened to a $155,000 Tesla Model S Plaid in Plano, Texas,Teslarati reported. Worse yet, it will take nearly three weeks to get a replacement for the vehicle as Tesla wants to work through insurance before replacing the car—and the owner is left without a loaner in the meantime.

A Tesla Service Center employee was driving the Model S Plaid around the block after completing work on it to ensure that everything was back to normal. According to the police report obtained by Teslarati, the employee failed to yield the right of way at a stop sign and was T-boned by an Audi A5 just two blocks away from the Tesla Service Center.

It takes a lot to total a $155,000 car, but this one looks the part. Teslarati took photos of the damaged car which you can see here, and you can see the heavily smashed-in rear quarter of the car. All of the airbags in the Tesla deployed in the crash. The 62-year-old driver of the A5 was taken to a nearby hospital following the crash as well.

Teslarati also interviewed the car’s owner Jeff, who said the Tesla Service Center notified him of the crash Aug. 30. “I thought it was a joke,” Jeff said of his initial reaction to the call to Teslarati. “I found out very soon it was not a joke.”

Jeff said he found an exact match for his car sitting at another Tesla Showroom in Texas, and that Tesla offered him that car on the Wednesday following the crash, but walked back the offer the next day, as Tesla said they would likely go through insurance instead, which could take several weeks.

Worst of all, Jeff told Teslarati that Tesla hadn’t even offered a loaner in the meantime, even though the service employee who was driving admitted that he was at fault to Jeff, and the police report lists the service center employee as at fault for the crash. As of Sept. 6, Jeff told Teslarati that he had not heard anything further from Tesla regarding the crash or a replacement.