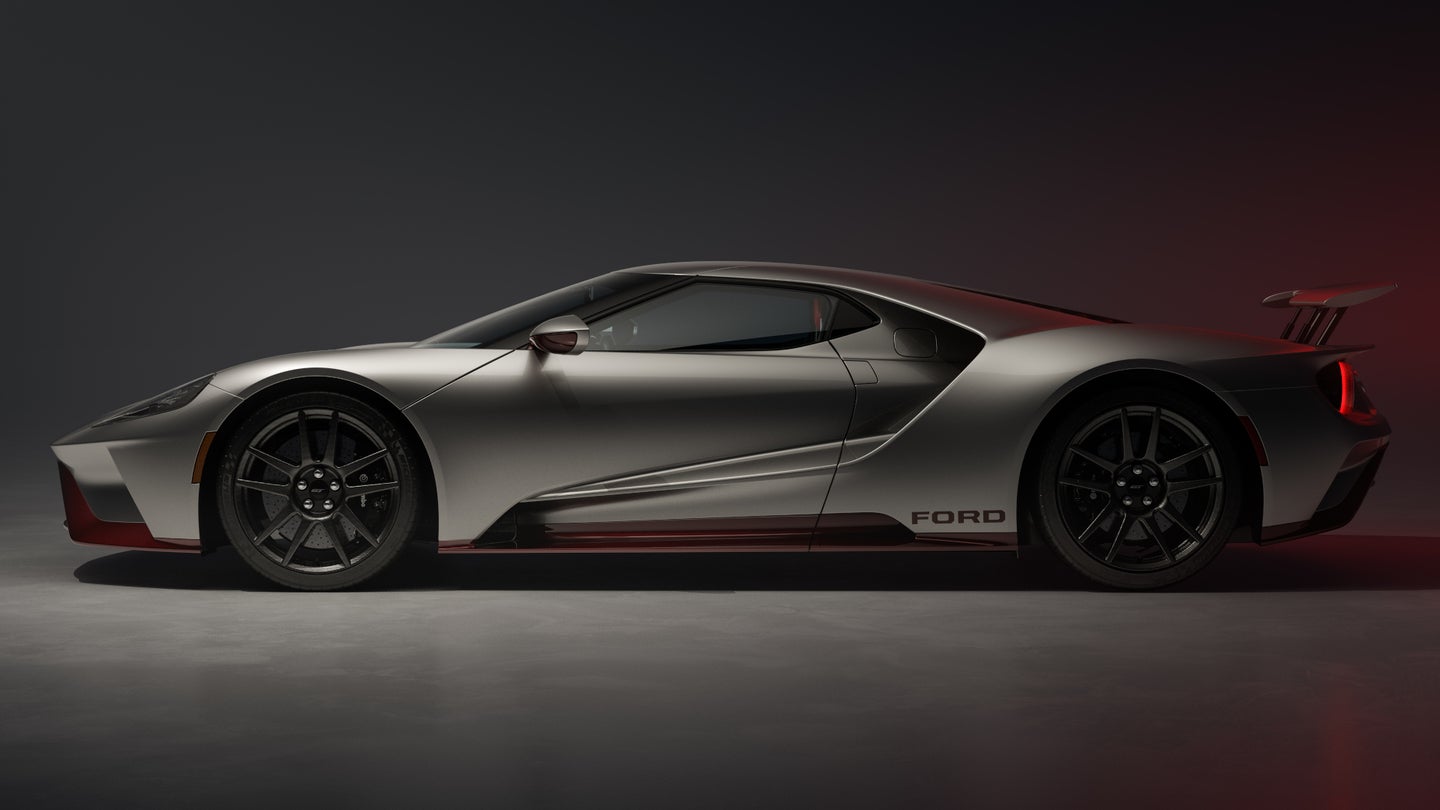 The 2022 Ford GT LM will be the final special edition for the company’s halo car.

Built to celebrate Ford’s 2016 Le Mans win in the LM GTE Pro category, it also tips the hat to Ford’s historic outright Le Mans win in 1966, when the GT40 scored a 1-2-3 podium sweep. Just 20 examples of the final special edition model will be built as production wraps up for the third-generation Ford GT.

The GT LM comes in a Liquid Silver exterior finish. It’s available with trim finished in a red or blue theme as a nod to the livery of the winning 2016 Le Mans entry. Certain carbon fiber aero pieces can be had in an exposed carbon finish, tinted in red or blue to suit. This includes the front splitter, sills, rear diffuser, mirror stalks, and engine bay louvers. It also gets 20-inch wheels with a gloss exposed carbon fiber finish, along with Brembo brake calipers finished in subtle black for once.

Unique to this special edition model is a custom exhaust. The dual exhaust has a cyclonic tip design and is 3D printed out of titanium, as is the GT LM badge mounted just above the exhaust at the rear.

Inside, the GT LM features carbon fiber seats finished in Alcantara. The driver’s seat is finished in red or blue to match the car’s theme, while the passenger seat is trimmed in Ebony but with color matched stitching. The instrument panel and the rest of the interior are treated to more Ebony Alcantara and leather, while the interior also gets carbon fiber touches on the console, vents, and lower A-pillars.

As a final tribute to the GT’s Le Mans pedigree, Ford grabbed the crankshaft out of the third-place LM GTE Pro finisher, the number 69 Ford GT. This was ground down into a powder, and turned into an alloy that could be 3D printed into badges. These badges will adorn the instrument panel of each GT LM model.

Ford has been pretty generous with special editions during the GT’s production run; the GT LM is the tenth such example, or ninth if we’re not counting the original 2006 Ford GT. When production ends, out of 1,350 third-generation Ford GTs, 314 will be special edition models. The GT LM will be the rarest of all, with just 20 examples built.