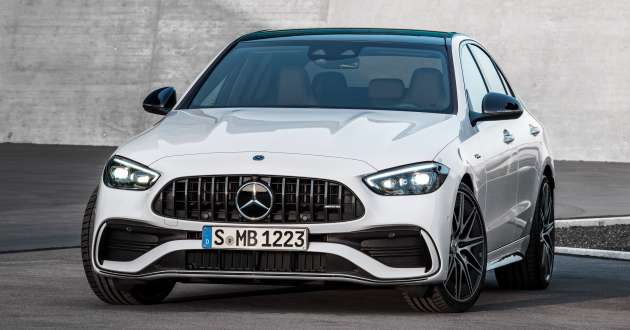 Mercedes-AMG previewed the next-generation C 63 during the recent 24 Hours of Nürburgring by presenting a camouflaged prototype of the upcoming G80 BMW M3 rival. Based on the latest W206 C-Class, the new C 63 will be a significant AMG model because, for the first time, it will come with a four-cylinder engine instead of a V8 like its predecessors.

According to a report by Autocar, the C 63 will receive an electrified version of the M139 2.0 litre turbocharged straight-four engine that is similar to what’s currently fitted to the latest C 43 4Matic (replaces the previous 3.0 litre turbo V6) and SL 43.

The M139 in the C 63 will put out 470 hp, making it the most powerful four-cylinder engine in series production. It will be augmented by a mild hybrid system that consists of a 48-volt belt-driven starter generator like the one used by the M256 3.0 litre turbo straight-six in the CLS 53 4Matic+, which provides a boost of 22 hp and 249 Nm.

The mild hybrid engine will be joined by an electric motor on the rear axle that is rated at 201 hp, resulting in a total system output of 670 hp and 750 Nm, along with a nine-speed AMG Speedshift MCT 9G automatic gearbox and a lithium-ion battery for the electric motor. Such a setup has been mentioned by the carmaker in the past when it presented its E Performance strategy last March. 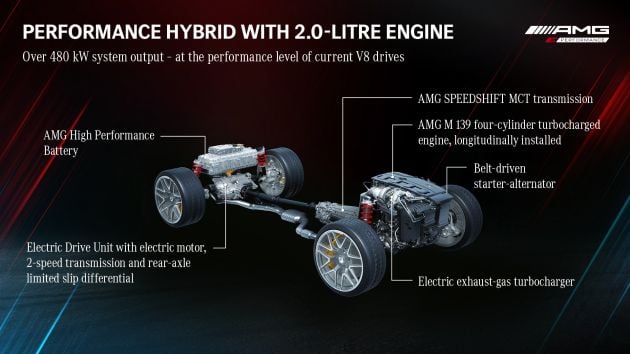 While some will mourn the loss of the M177 4.0 litre twin-turbo V8, switching to a four-cylinder powertrain does bring with it one important benefit: less weight. The new engine is said to weigh 160.5 kg, making it 48.5 kg less than the M177 in the outgoing C 63.

Even with the plug-in hybrid and mild hybrid systems, the overall weight of the new setup is claimed to be lower than what’s used today. All that weight (or lack thereof) is said to be concentrated lower to bring down the centre of gravity for the new C 63, allowing for improved agility and body control.

The report says that the production version of the W206-based C 63 will debut in the coming months before deliveries begin next year. Are you looking forward to a C 63 with a four-cylinder engine?