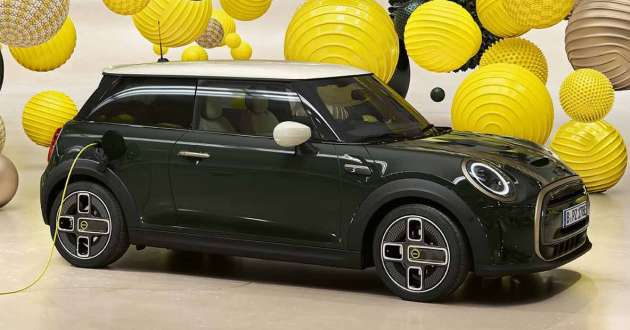 MINI Malaysia has introduced a new variant of the Cooper SE (also known as the MINI Electric) called the Resolute Edition. Priced at RM197,934 on-the-road without insurance (current EV incentives factored in), the Resolute Edition costs RM12,000 more than a regular Cooper SE that currently sells for RM185,934 (this is up from the RM178,241 we reported back in January this year).

The same price gap applies if you include the extended warranty and service package for both (RM203,264 against RM191,264). As standard, the Resolute Edition comes with a two-year, unlimited-mileage warranty.

The Resolute Edition made its global debut earlier in February this year and features several unique styling touches to make it visually distinctive. That’s one reason to pay the premium, with the other being the opportunity to own something exclusive, as MINI Malaysia says only limited units will be available.

Design-wise, the Resolute Edition features a Rebel Green exterior paint finish that pays homage to the Connaught Green used on the Austin 1100, which was designed with input from Alec Issigonis, the man behind the original Mini.

The colour, which was previously reserved for John Cooper Works models, is paired with a contrasting Pepper White roof and side mirrors. You’ll also find Resolute Bronze accents on several parts of the vehicle, including the headlamp surrounds, front grille, rear taillights, side scuttles as well as the handles of the doors and tailgate. The familiar 17-inch Power Spoke two-tone alloy wheels are used here as well.

Finer details include the bonnet stripes that feature a pattern made up of parallel lines with a colour gradient that transitions from a light to dark shade of gold, replete with a ‘Resolute’ script – this effect is also applied on the door sill trims. Rounding off the exterior touches are a Piano Black model badge, brand logos and waistline finisher.

Inside, the standard Cooper SE’s Carbon Black leatherette upholstery is replaced with a combination cloth/leatherette in Black Pearl/Light Chequered. The Nappa leather sports leather steering wheel in also bears an edition-specific Resolute logo on the lower spoke, while the interior surfaces have a distinctive pinstripe pattern with evenly curved lines in a light golden tone. 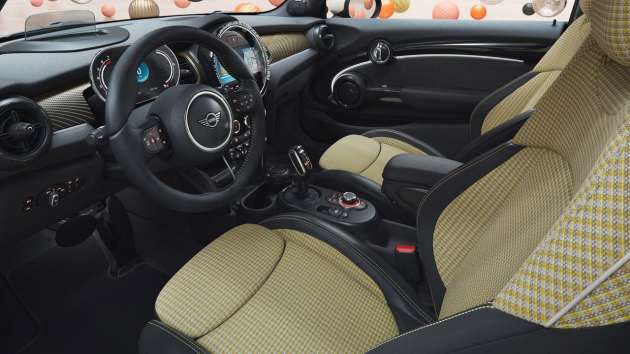 As with the Cooper SE, charging the Resolute Edition takes around two and a half hours with an 11-kW AC charger (Type 2 connection). Alternatively, the car accepts DC fast charging (CCS2 connection) up to 50 kW, which can charge the battery from 10-80% in just 36 minutes.