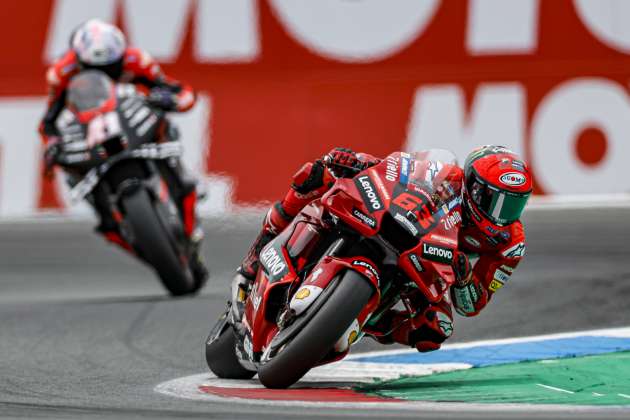 A rare mistake from 2022 MotoGP championship leader Fabio Quartararo of Monster Energy Yamaha during the Assen TT round in The Netherlands sees the world championship points gap close. Chasing race leader Francesco Bagnaia of Ducati Lenovo Team, with Aleix Espargaro of Aprilia Racing in second right alongside, Quartararo lost the front wheel pushing Espargaro into the gravel whilst wiping out.

Espargaro, who managed to stay upright, rejoined the race to eventually finish fourth. This came about in a last minute dive bomb into Timmer Chicane, passing both Brad Binder of Red Bull KTM Factory Racing and Jack Miller of Ducati Lenovo Team in what could be the passing move of the year for this MotoGP season.

Meanwhile, Quartararo fell off again at De Strubben corner, this time leaving his Yamaha in the gravel and walking away limping, with insult added to injury after race stewards handed down a penalty for the racing incident. As for race leader Bagnaia, it was a classic show of leading from start to finish, the Italian handing the Ducati team the race win, and his third top podium place of the year. 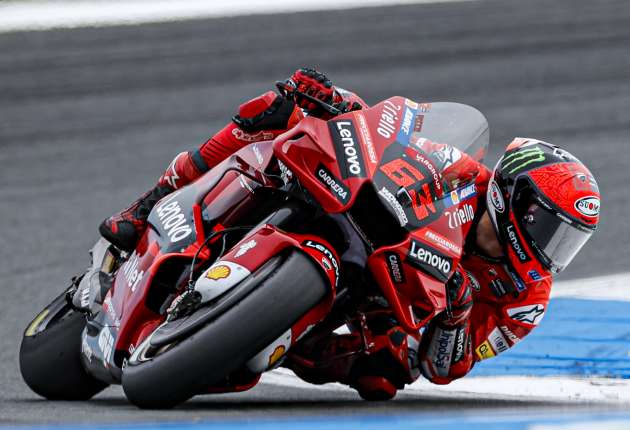 With Quartararo’s Did Not Finish (DNF in Assen), and with his three wins this season, the Frenchman remains on top of the riders’ championship table with 172 points after 11 races. Nipping on his heels in second is Espargaro, also with three wins this season and 151 points, with three-race winner Bagnaia in fourth in the championship with 106 points, while Johann Zarco of Pramac Racing Ducati is in third with 114 points after finishing third in Assen.

The MotoGP circus goes on summer break for the month of July after the postponement of the round in Kymiring, Finland to 2023. Racing resumes at the British Grand Prix in Silverstone on the weekend of August 7th.