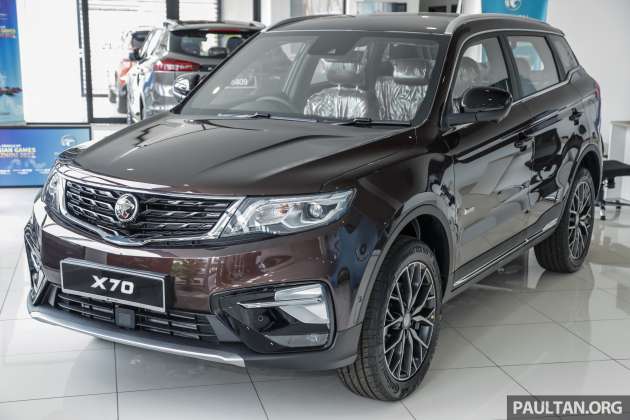 Just three months on from its debut, the 2022 Proton X70 MC (minor change) has received a selection of updates as a running change; chief among these is the introduction of a new head unit. This means a hardware change, therefore existing, older units running GKUI will not be upgradeable to the newer Atlas operating system.

Being a running change, the revision to the infotainment of the 2022 X70 MC has already been included in the latest batch of production for the C-segment SUV. Along with the hardware and software changes, the latest ensemble will also get the Spotify music app from the A Store in the near future.

Given that the running change for infotainment equipment is fairly involved, this looks like an update that should have been timed to coincide with the arrival of the X70’s MC update in June; it’s a wonder that it wasn’t.

Further afield, the running change to the 2022 X70 MC also brings a frameless rear view mirror, albeit exclusive to the Premium (1.5L and 1.8L variants) of the SUV.

Powertrain specification, specifically the inclusion of the 1.5 litre turbocharged three-cylinder petrol engine is the biggest revision in the transition to its minor change, which essentially is a carryover unit from the B-segment X50.