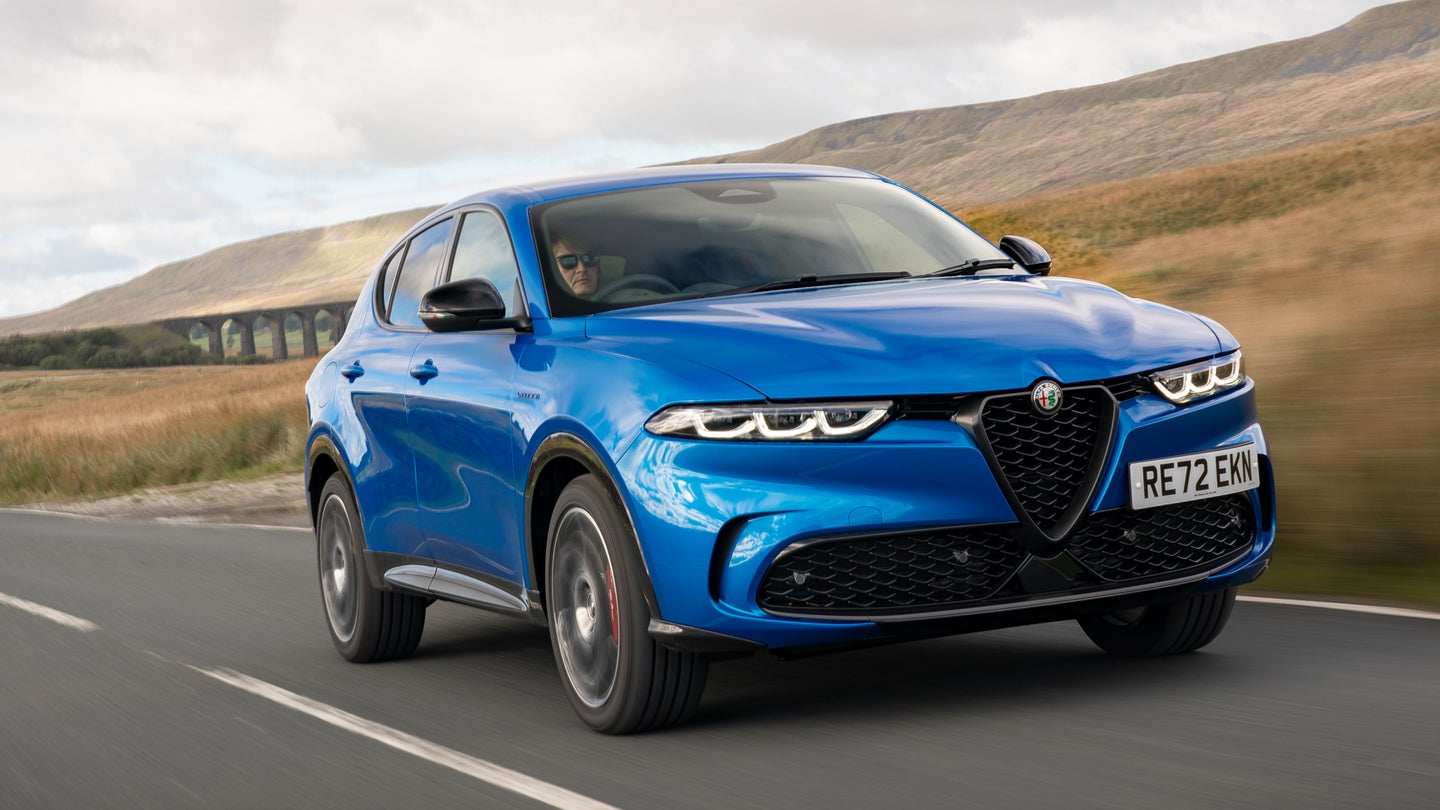 The 2023 Alfa Romeo Tonale isn’t even on sale yet in North America and it’s already losing options. When the Tonale hits U.S. dealers in 2023, it will be without its 2.0-liter turbocharged four-cylinder engine option. Instead, the Tonale will only come with a plug-in hybrid powertrain. According to Automotive News Europe, Alfa Romeo’s CEO Jean-Philippe Imparato said the Tonale’s switch to a hybrid powertrain will lower the brand’s overall emissions by 40 percent.

We’ve reached out to Alfa Romeo for a comment and will update this story when we receive more information.

Potential customers who were hoping for a sporty crossover might still be in luck, though. Not only does the plug-in hybrid Tonale have fewer emissions than the 2.0-liter car, it has more power. The Alfa Romeo Tonale hybrid gets a 1.3-liter turbocharged four-cylinder engine that powers the front wheels, while an electric motor powers the rear wheels. Combined, the Tonale hybrid makes 272 horsepower, which is more than the 256 horsepower from the 2.0-liter Tonale. Sweetening the hybrid deal is its 30-plus miles of electric range, making it more versatile than the standard Tonale.

Interestingly, the Dodge Hornet—the Tonale’s mechanical twin—will only come with the standard turbo-four in the U.S. and won’t offer the hybrid powertrain. And since both cars are mechanically identical and even look similar, customers will still have their choice of powertrains. Both cars will even be built in Italy, so there won’t be much difference between the two.

Got tips? Send the over to [email protected]

The post 2023 Alfa Romeo Tonale Will Only Be Plug-In Hybrid in US appeared first on The Drive.