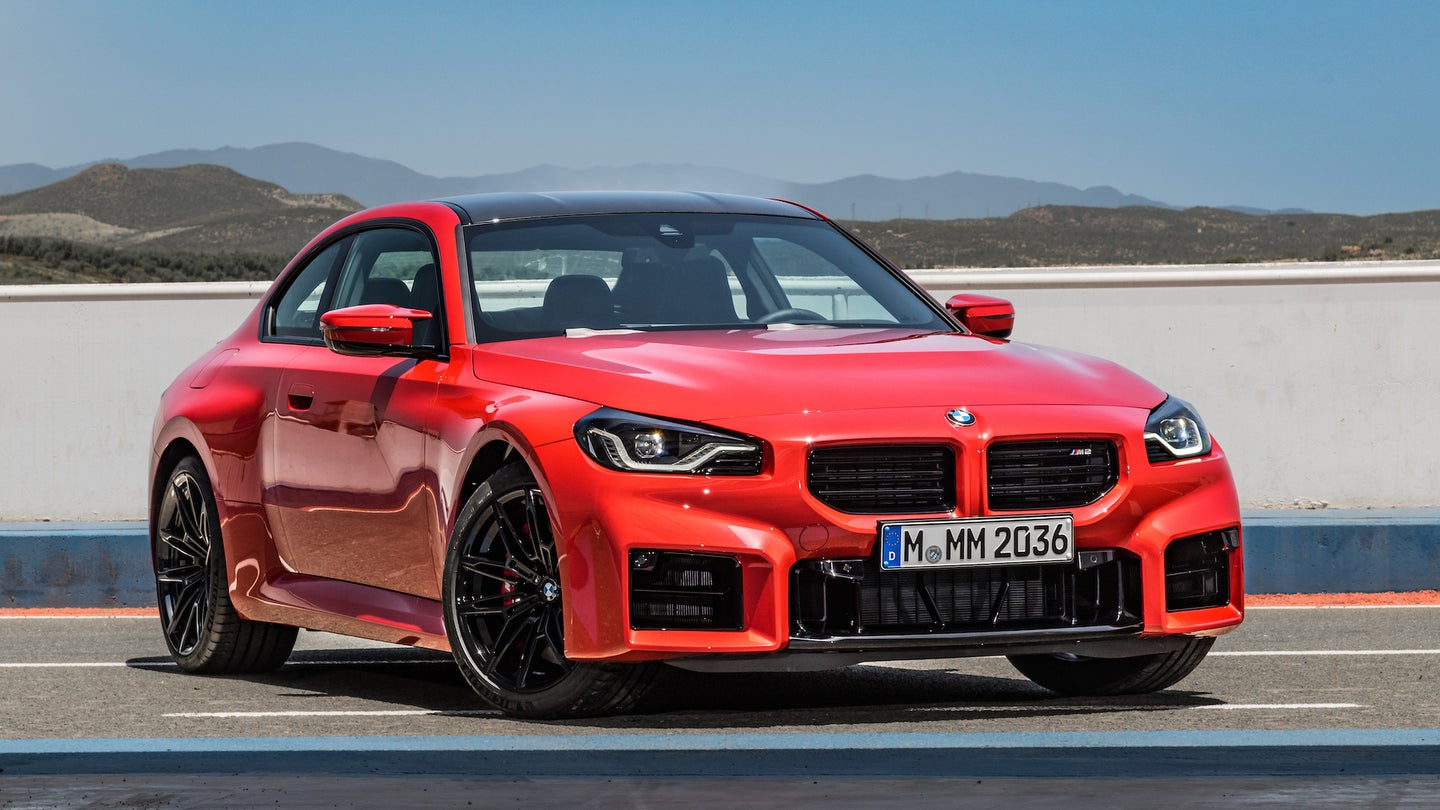 When it comes to fast BMWs, M5s and M3s are nice, but real ones know that the M2 is where it’s at when it comes to driver engagement. Bringing compact, tactile goodness in a new, even punchier shape is the new 2023 BMW M2, a reminder that BMW still indeed does stubby, two-door performance cars that prioritize feel over fast.

That’s not to say the M2 won’t be plenty fast, though. Gone is the old car’s S55 and in its place sits the company’s S58 twin-turbo straight-six out of the current M3 and M4. In the M2, this motor is detuned to make 453 horsepower—a power bump of 48 hp over its direct predecessor—and 406 lb-ft of torque. Able to rev to 7,200 rpm, this is paired to a six-speed manual as standard featuring rev-matching that can be turned off. For those who prefer the car to do the shifting for them, an eight-speed automatic is available and replaces the last M2’s seven-speed dual-clutch. Regardless of transmission, power goes to the rear wheels only.

Zero to 60 mph is accomplished in 4.1 seconds with the manual gearbox, or 3.9 seconds with the automatic. Top speed is capped at 155 mph as standard, or 177 mph with the M Driver’s Package. In a nutshell, BMW is now offering last-gen M2 CS performance in the new, “regular” M2.

Ten-stage M Traction Control along with an Active M Differential lets drivers dial in slip to match their skill level/driving style for perfect drifts while a Drift Analyzer a lot like the one in the new M4 gamifies the entire powersliding experience.

The whole car is longer, wider, but lower than before, sporting the same track widths as its bigger M4 sibling but with a 4.3-inch shorter wheelbase for superior agility. The new M2’s chassis also inherits a lot of M3/M4 tech along with extra bracing shear panels, and aluminum suspension components with its own tuning. Adaptive suspension is standard as are M Compound brakes hiding behind new, lightweight, staggered wheels measuring 19 inches up front and 20 inches in the rear.

Inside, we’ve got BMW’s new iDrive 8 infotainment system with curved screens while the same, very aggressive M Carbon bucket seats out of its bigger M car stablemates can be optioned. Also available is a carbon roof which lowers the curb weight and center of gravity but removes the sunroof.

But here’s the point in the BMW reveal post in which I must address the way it looks. As you may or may not have already seen in the leaks, the new M2 is a lot boxier-looking than before, sporting some ridiculously wide fenders, and a faceful of frameless, almost quadrilateral intakes. Some in The Drive‘s newsroom find BMW’s new two-door M car to be … challenging, whereas it’s coming off as “fine” to others. To be honest, I can see where both sides are coming from, but I’m going to reserve judgment until I can see one of these in the metal.

Another point for your consideration: the new M2 will be built in BMW’s San Luis Potosí plant in Mexico along with the rest of the 2 Series range, which would make the new M2 the first M car from Mexico. For reference, the last-gen M2 was assembled in Leipzig, Germany. Scheduled to launch in April 2023, the new BMW M2 will start at $63,195.

Got a tip or question for the author about the new M2? You can reach him here: [email protected]

The post 2023 BMW M2 Debut: The 453-HP Sports Coupe Benchmark Arrives With a 6-Speed Stick appeared first on The Drive.