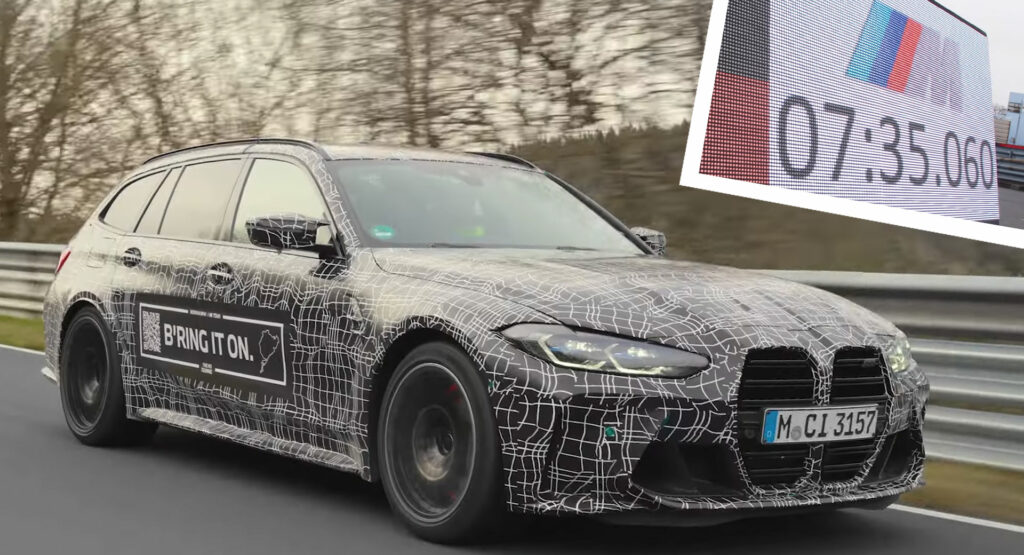 The teaser campaign for the BMW M3 Touring is entering the homestretch and the company has released a video showing the model lapping the Nürburgring in 7:35.060.

That’s apparently a new record for a wagon and it suggests BMW has succeeded in their goal of creating the “fastest estate.” It’s also worth mentioning the M3 Touring posted better times than models such as the second-generation Acura / Honda NSX, BMW M5 Competition (F90), and Lamborghini Gallardo LP 570-4 Superleggera – just to name a few.

The M3 Touring will officially be unveiled on June 23, but the model has already been spied numerous times and outed by the patent office. It unsurprisingly follows in the footsteps of the M3 and features a distinctive front fascia with a ‘beaver teeth’ grille that is flanked by mesh intakes and vertical air curtains. The wagon also sports a bulging hood, aerodynamic mirror caps, and a four-tailpipe exhaust system.

Unfortunately, Americans won’t be able to enjoy the wagon as it will sadly remain forbidden fruit.