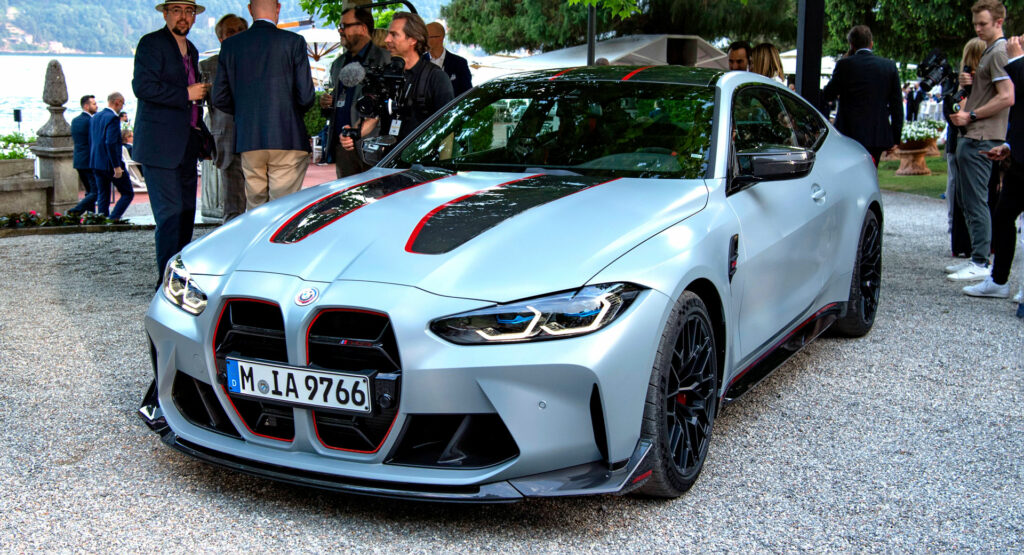 BMW brought its 2023 M4 CSL to the prestigious Villa d’Este event in northern Italy this weekend, giving the car its first public airing since details were released online last week.

The Concorso d’Eleganza Villa d’Este has become a regular on BMW’s launch calendar, the brand have previously used the event to show off numerous road cars and concepts, including the 2016 BMW 2002 Homage. And in a further snub of conventional auto shows, BMW looks likely to follow it up with the global reveal of the M3 Touring at the Goodwood Festival of Speed in June.

Unlike Goodwood, the Villa d’Este event doesn’t give showgoers a chance to see cars moving in anger, but at least with it parked up there was plenty of opportunity for fans (and photographers) to take a close look at the details that distinguish a CSL from a regular M4. 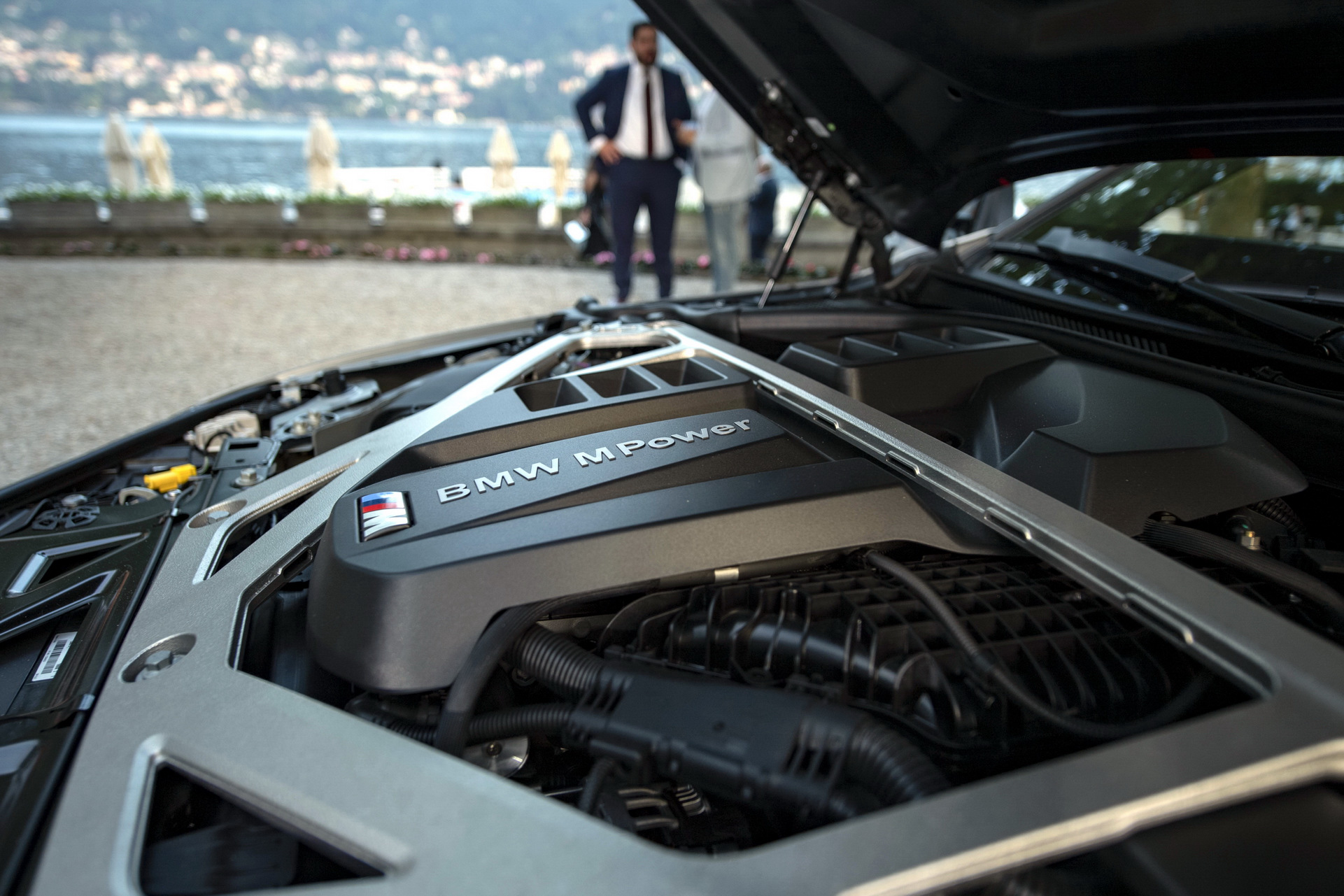 Our favorite of those details is the new “BMW Laser” light technology, which makes its debut on the CSL’s rear lamps, closely followed by the yellow daytime running lights. But the red badge outline, rear ducktail spoiler and carbon center console all make a great attempt to grab your attention. The CSL is also available in black or white, but BMW opted to show an example in the same Frozen Gray seen in the original press images.

Many of the changes are focused on cutting 221 lbs (100 kg) of curb weight, including deleting the back seats, trunk trim, and floor mats, while using carbon fiber for the hood and trunk and titanium for the exhaust. The turbocharged 3.0-liter inline six’s twin turbos make more boost, and though the unit itself looks little different, the gigantic aluminium cross brace sitting above it and linking the shock towers will certainly command some respect when you open the hood at a car show. 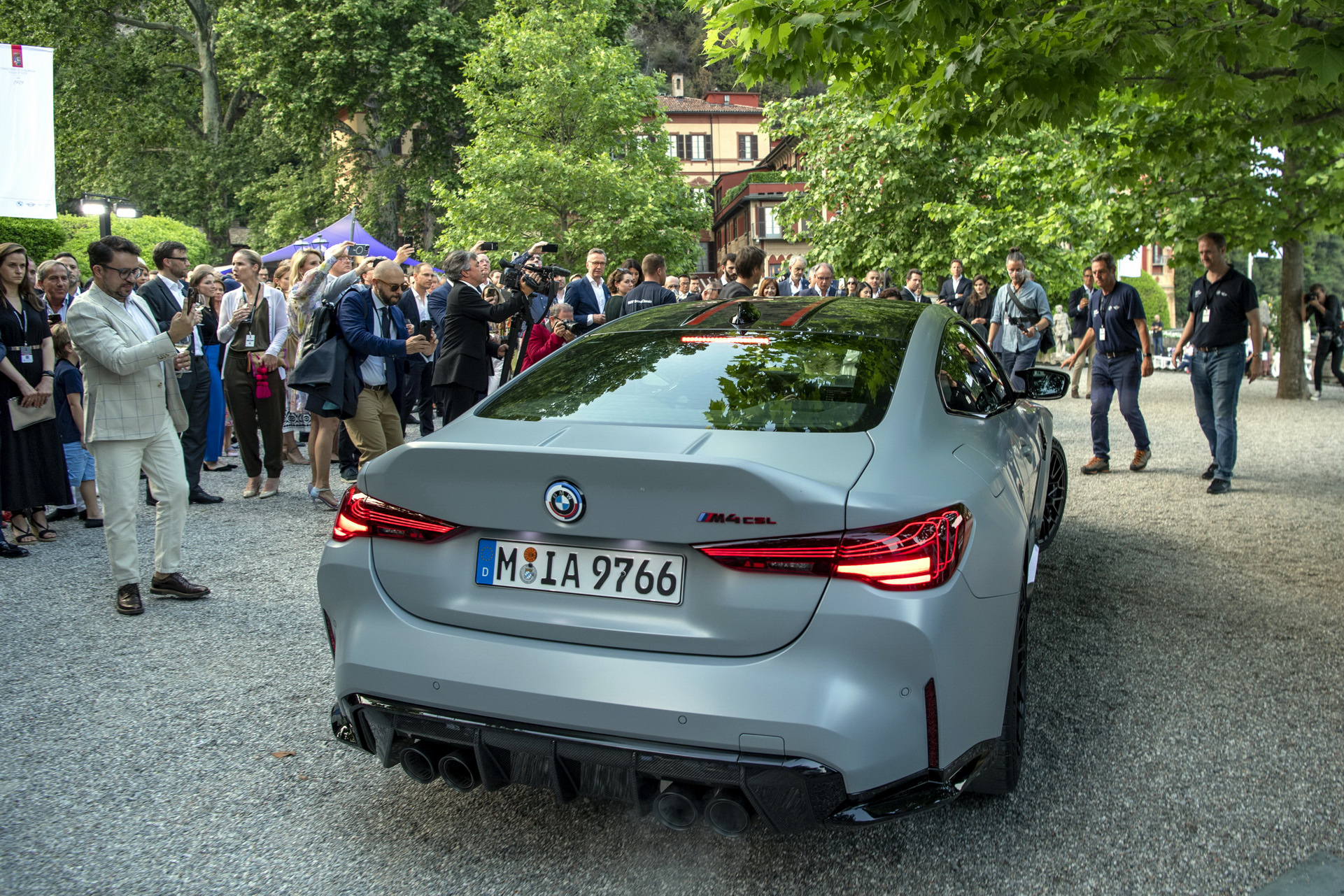 Some of the credit for the CSL’s extra dig off the line must go to the sticky Michelin Cup 2R tires, which also play a key role in the CSL’s ability to lap the Nürburgring Nordschleife in 7:20.2, a record for a BMW road car. Modern track-focused rubber is miles better than the Michelin Pilot Cup Sports from 20 years ago that made the original M3 CSL terrifying to drive in heavy rain, but customers who want extra reassurance can swap to conventional tires at no cost.

BMW is building just 1,000 examples of the M4 CSL, and at $139,900 plus $995 destination they command a huge premium over a regular $74,900 M4 Competition, and that’s presuming you can get hold of one at MSRP. But even at that price, we think there will be enough BMW fans wanting one that just getting an order in will be difficult. Though if you don’t manage it, the images of the yellow and green non-CSL M4 Competition cars in the gallery below are a reminder that a stock M4 (and the prospect of $65k saved) is still mighty tempting.