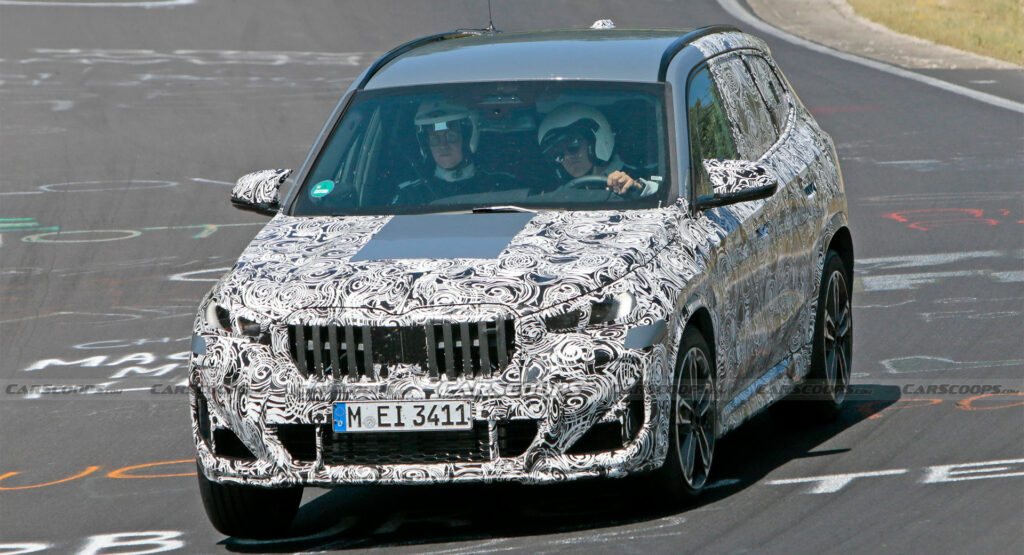 Not long after we snapped the forthcoming 2023 BMW X1 M35i undergoing winter testing in the north of Europe, our spy photographers have snapped a new prototype being put through its paces at the Nurburgring. This particular tester is also wearing far less camouflage than those spotted in the past.

Immediately catching the eye with this X1 M35i model is the modified front fascia, looking far more aggressive than lesser X1 variants. The kidney grilles pictured are not the same as the ones that will enter production but we can see the newly-shaped lower grille, as well as the triangular air intakes on either side of the bumper, making for an altogether bold look.

Heavy camouflage still adorns the sides of this prototype. Nevertheless, we can see that it will feature deeper side skirts and roll on a set of distinctive wheels. Alterations continue at the rear where BMW has fitted an enlarged spoiler stretching off from the roof, a more pronounced bumper, and fitted the customary quad exhausts for an M-branded model. 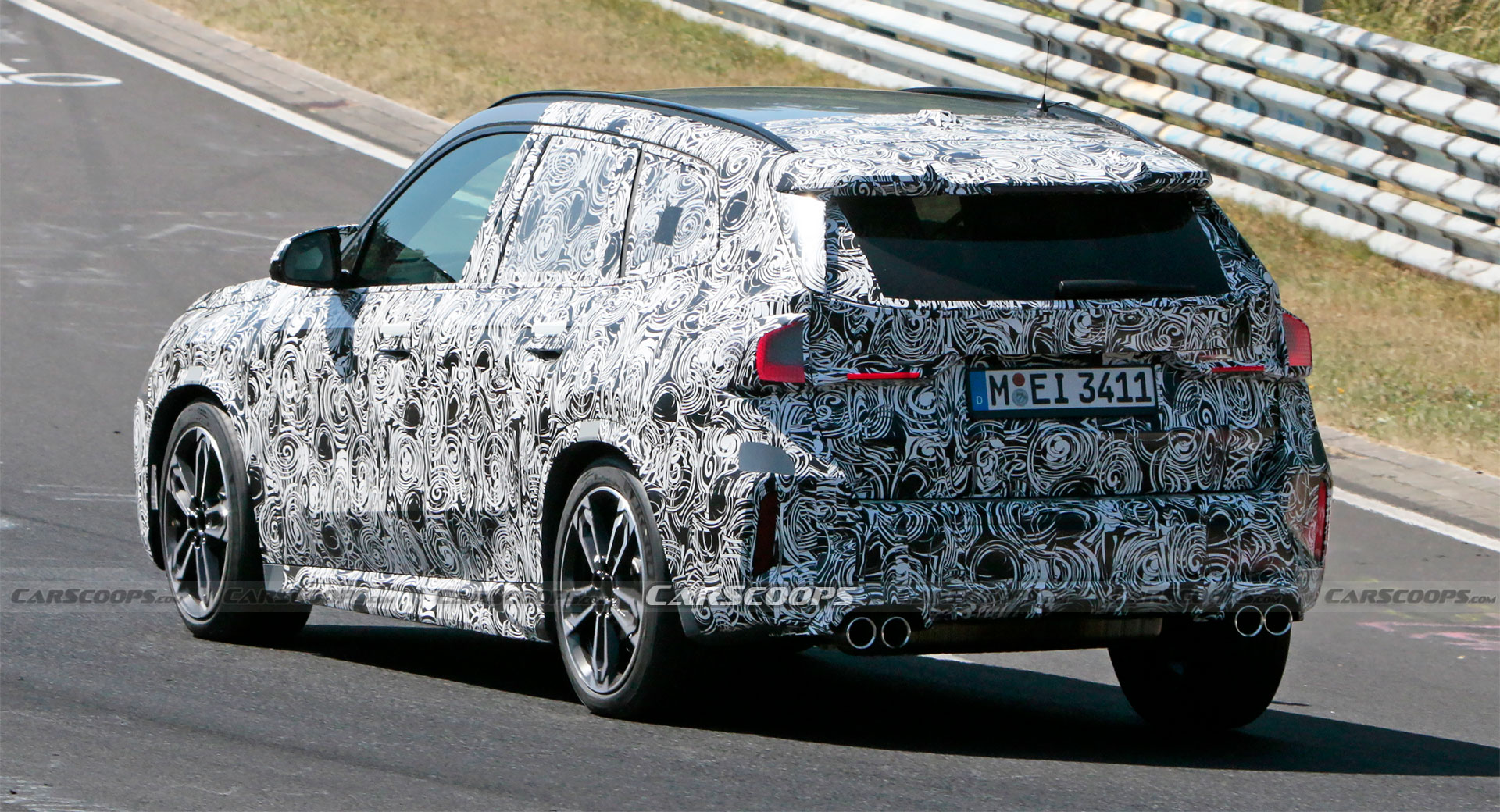 A multitude of other performance upgrades will be made for the car. These will include the fitment of larger brakes, a revised suspension setup to aid in handling, and tweaks to the steering. It certainly won’t be a track-tuned monster but it should certainly make the X1 that much more enjoyable to drive on the street.