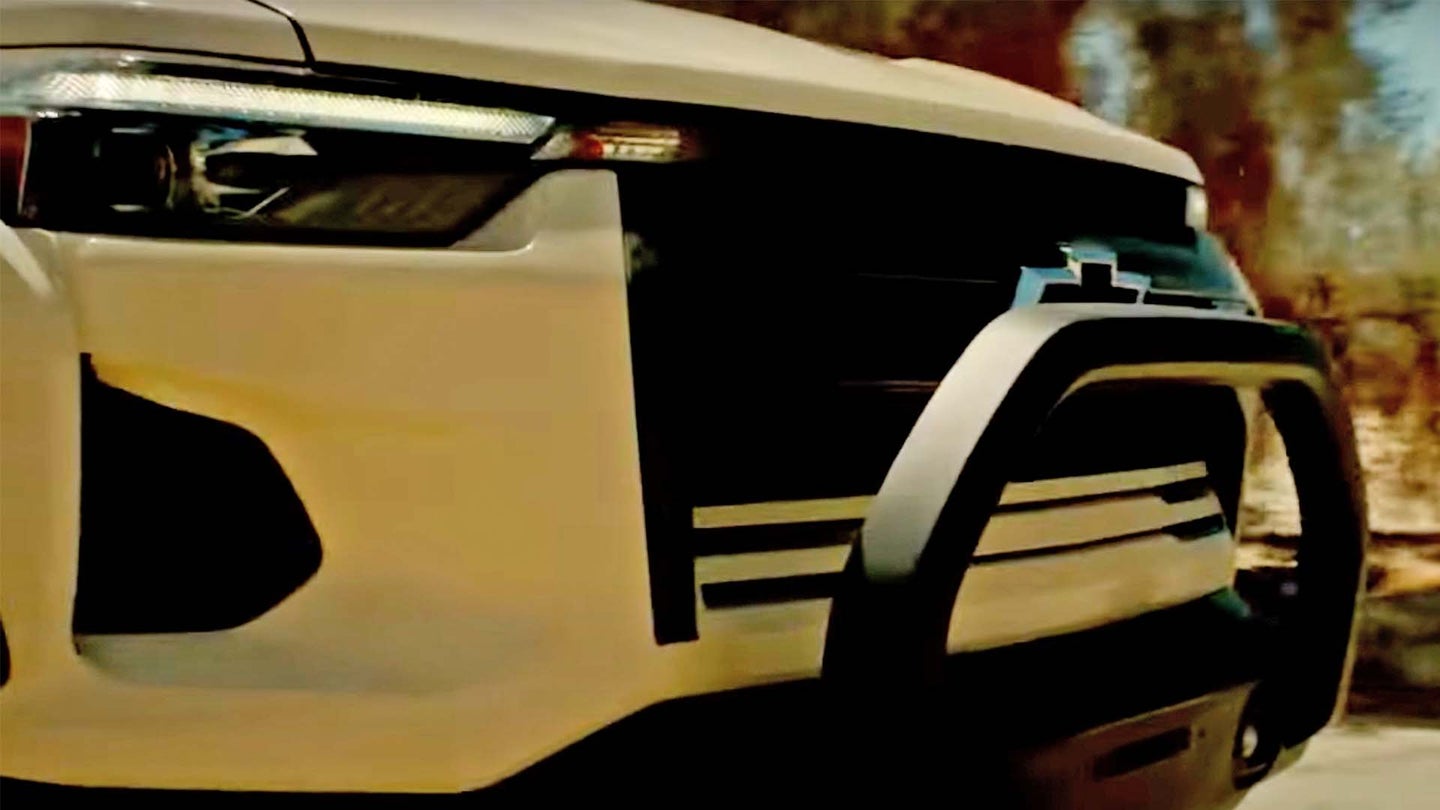 General Motors has kept the 2023 Chevrolet Colorado ZR2 under tight wraps until now. GMC teased the Canyon AT4X a while back, which is kind of the same truck, but the overall design has largely been a mystery. Chevy decided that now’s as good a time as ever to tease its next midsize off-roader, and this video released by the automaker shows the truck in full, just not very clearly and not all at once.

The front is the most telling angle, revealing a new headlight and grille design that’s way different from the current Colorado ZR2’s big maw. The lamps are slimmer and more upright than what we’re used to, and they’re likely similar to the normal 2023 Colorado’s; remember, we haven’t even seen the base model of this truck yet. The rest of the fascia is probably ZR2-specific, including those big air inlets at each corner.

Out back, the next-gen Colorado ZR2 looks a little like a shrunken Silverado—especially the taillights. “Chevrolet” is stamped on the tailgate and outlined in black, and I spot a set of plastic fender flares that look appropriate in terms of size. These days, it’s safe to assume the worst, but these seem refreshingly tasteful.

Finally, a zoomed-out front three-quarter view reveals the Colorado ZR2’s profile and stance. It’s hard to make a sharp judgment with everything so blurry, but it’s clearly a departure from the existing pickup’s styling. If anything, it stands out to me as a more global market look that caters to the tastes of more than just the United States. I’m not sure I can explain it precisely, but it reminds me of the Isuzu D-Max.

It’s unclear which powertrain options the 2023 Colorado ZR2 will bring with it, but here’s hoping that the 2.8-liter Duramax turbodiesel sticks around for a while longer. It’s decently torquey with 369 pound-feet, albeit down on horsepower with 181 ponies compared to the 3.6-liter gas V6’s 308 hp. Chevy could always surprise us with an even more powerful version of each for this new model, but it typically sticks with what works when it comes to trucks.

We’ll know more about the pickup when it launches on July 28, which is the date Chevy flashed across the screen at the end of the teaser clip. In the meantime, I’ll work on piecing together more info about the forthcoming Colorado ZR2. If it capitalizes on the outgoing truck’s agility, it ought to be a solid performer when the going gets rocky. This time around, though, it’ll have to compete with the new Ford Ranger Raptor in America.

The post 2023 Chevrolet Colorado ZR2: Here’s Your First Look at the Next-Gen Truck appeared first on The Drive.