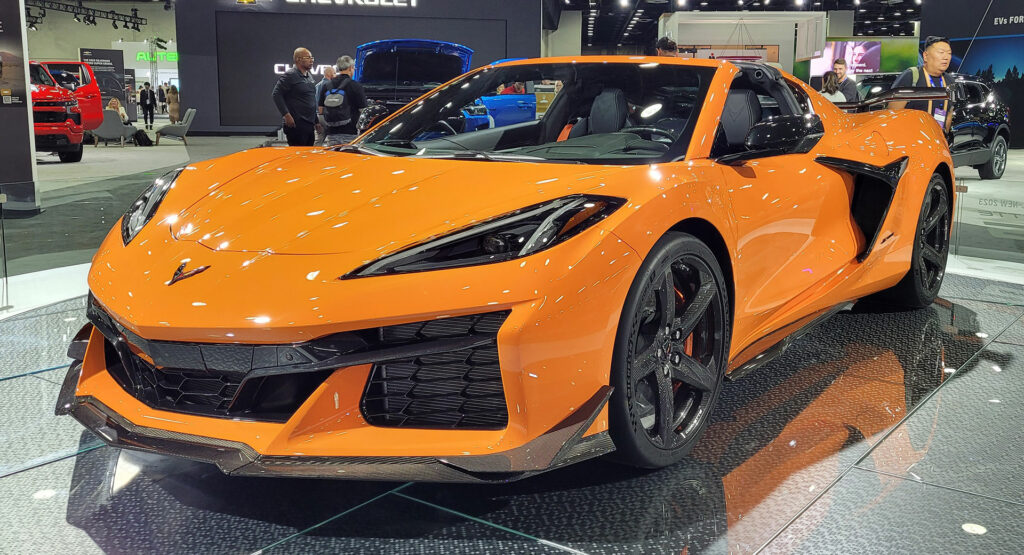 The 2023 Chevrolet Corvette Z06 has excited enthusiasts from the moment it was announced and if you weren’t already sold on it, you might be after seeing the two examples currently at the Detroit Auto Show.

Both the Rapid Blue and Orange Amplify Tint models on display are Convertible variants and while they carry a $7,000 price premium over the Coupe, it is probably the drop top that we would opt for. Differentiating the two is the fact that the Amplify Orange Tint model is equipped with the optional Z07 Performance package that includes FE7 suspension, Brembo carbon ceramic brakes, Michelin Pilot Cup 2R ZP tires, and underbody strakes.

As if that wasn’t enough to make it stand out, it is also equipped with the visible carbon package and is rocking a set of $11,995 carbon fiber wheels. 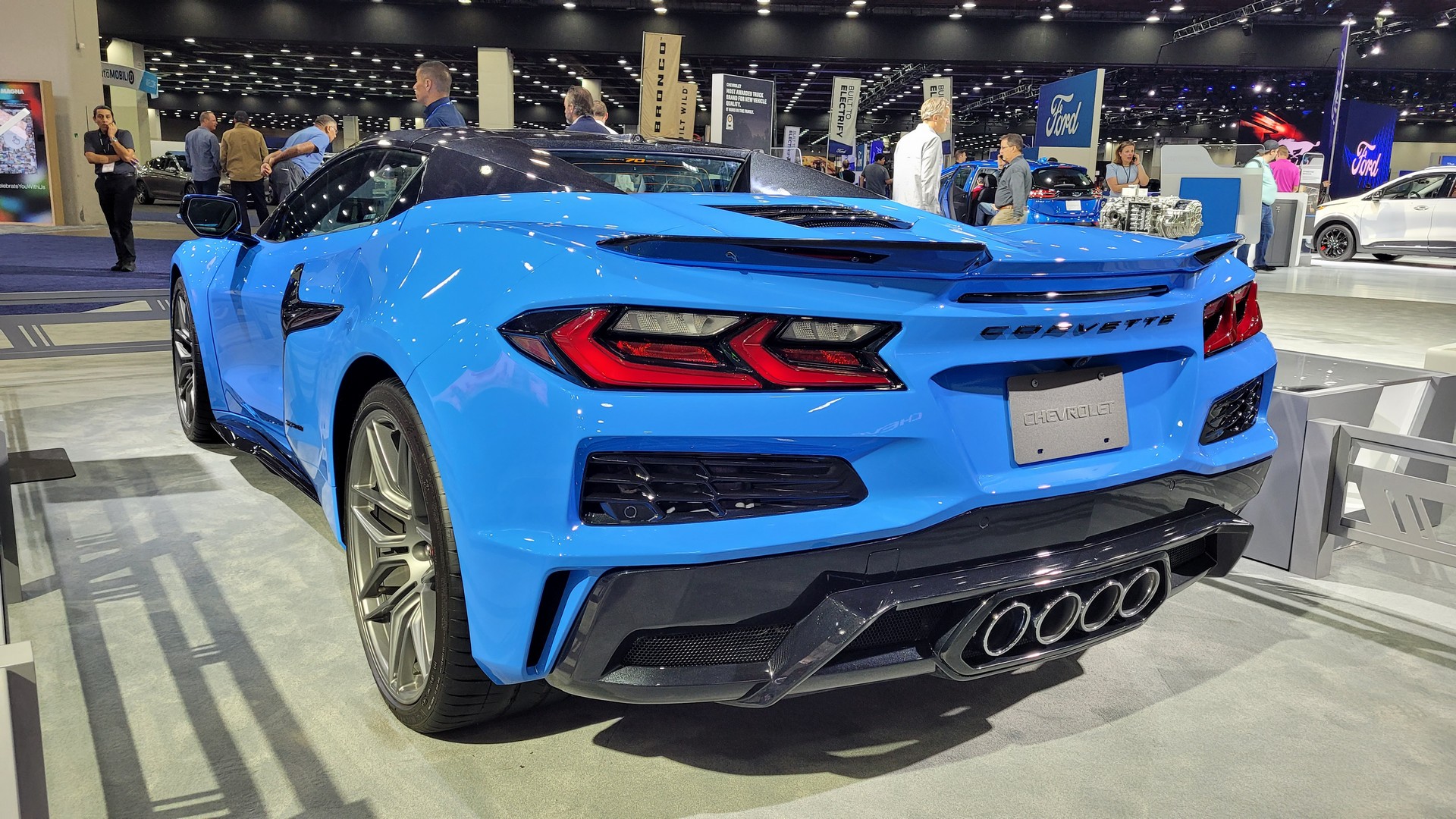 Driving the 2023 Corvette Z06 is a 5.5-liter naturally aspirated V8 with a flat-plane crank that churns out an extraordinary 670 hp and 460 lb-ft (624 Nm) of torque. This means it has the most powerful naturally aspirated V8 ever fitted to a production car and immediately sets the Z06 apart from all of its European rivals, most of which have gone down the forced induction route in recent years.