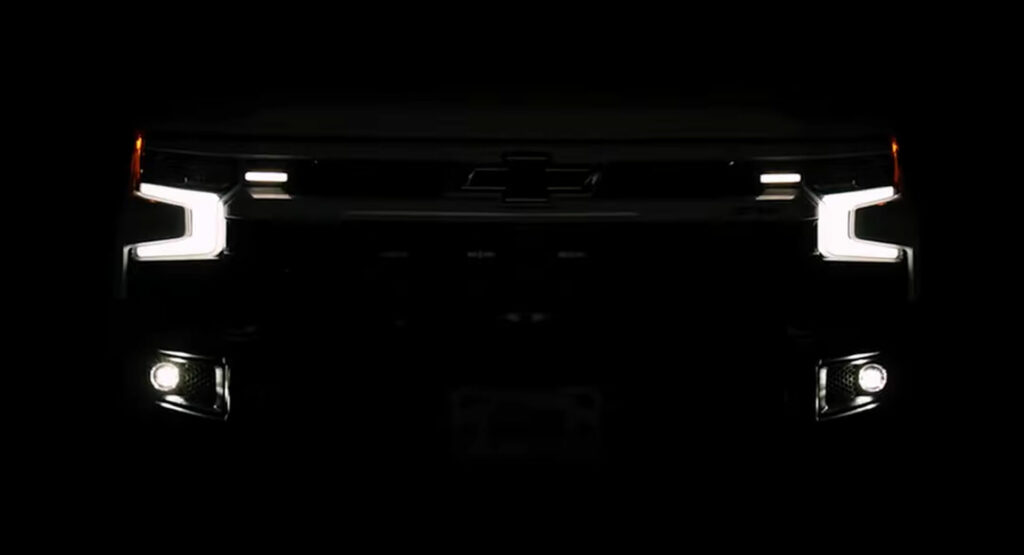 The 2022 Chevrolet Silverado lineup expanded with the introduction of a rugged ZR2 variant and things are getting even more extreme for 2023.

That’s clear today as the company has released the first teaser video for the upcoming Silverado ZR2 Bison. Set to be introduced this summer, the model is billed as an “off-road ready truck” with “unique American Expedition Vehicles (AEV) features.”

While the teaser video isn’t very enlightening, we can see the truck will be outfitted with a new front bumper that features circular fog lights. They’ll be joined by heavy duty skid plates and black AEV wheels.

That isn’t much to go on, but this is Chevrolet’s second collaboration with AEV. The companies originally teamed up for a Colorado ZR2 Bison in 2018 and the mid-size pickup features steel bumpers, five skid plates, and 17-inch wheels wrapped in 31-inch Goodyear Wrangler Duratrac off-road tires. The model also comes equipped with AEV-designed fender flares as well as locking front and rear differentials.

We can expect similar upgrades to the Silverado ZR2 Bison, but it’s worth noting the Silverado ZR2 already rides on special 18-inch wheels that are wrapped in 33-inch off-road tires. The ZR2 also comes equipped with a steel front bumper as well as a unique grille with a “flow-tie” emblem and integrated lighting units.

Other highlights include red recovery hooks, numerous skid plates, and a dual exhaust system that terminates before the rear bumper to minimize any potential damage from off-roading. Buyers will also find front and rear lockers as well as an off-road focused suspension with special springs, additional travel, and Multimatic DSSV spool-valve dampers. They’re joined by a 6.2-liter V8 that pumps out 420 hp (313 kW / 426 PS) and 460 lb-ft (624 Nm) of torque.

We’ll learn more about the Silverado ZR2 Bison in the coming weeks, but the model likely won’t come cheap as the 2022 Silverado ZR2 starts at $68,400 before a $1,795 destination charge.