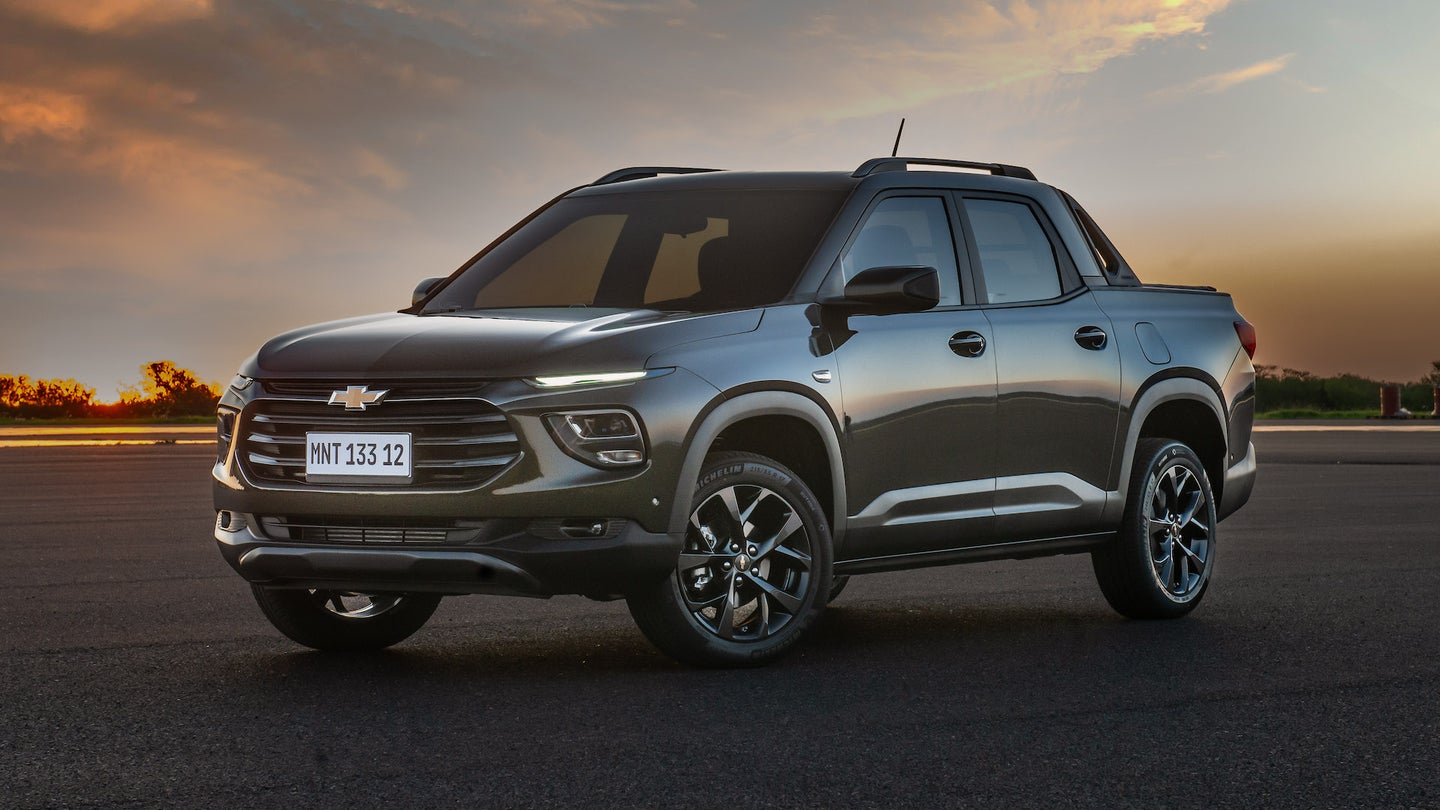 The United States’ love for unibody pickups may be new, but it runs deep down in Brazil, home of the Chevrolet Montana. The country’s pint-sized pickup is ingratiating itself up here too with its new redesign, which makes the 2023 Chevy Montana look like a worthy competitor to the Ford Maverick.

Like the Ford, the new Montana is based on the platform of a small crossover, specifically the Global Emerging Market architecture used in the Chevy Tracker. It too is a crew cab, but it measures in significantly smaller than the Maverick, at more than 14 inches shorter and a couple of inches narrower. Chevy doesn’t say how big its bed is or what its payload rating is, but seeing as it’s smaller than the Maverick, they’re probably less.

The Montana is powered by an all-aluminum, 1.2-liter turbo four-cylinder making 133 horsepower and 153 pound-feet of torque. Only a six-speed automatic transmission will be available at first, though Chevy says a manual version is coming later. Chevy also neglected to specify which wheels are driven, but seeing as the Tracker is front-wheel-drive, the Montana probably is too.

Though the Montana may be aimed at a market less affluent than the U.S., it’s still respectably equipped. Base models come with 17-inch wheels and a tonneau cover that’s available with power retraction. It can be optioned to have digital climate control, wireless phone charging, wireless Apple Carplay and Android Auto, an onboard wifi hotspot, and basic safety tech like LED headlights, a blind spot monitor, and a parking camera.

The 2023 Chevy Montana goes on sale in Brazil next February for the equivalent of roughly $25,800. Chevy hasn’t indicated any plans to sell it in the U.S., and the reasons why are plenty obvious. For one, it may not meet our crash safety standards. What’s more, being a light truck built abroad, it’d be subject to a 25-percent import tariff that’d price it out of competition. There’s also the matter that Brazilians have some strange notions about what makes a cool truck.

We’ve reached out to GM to confirm our suspicions, but don’t hold your breath until you’re able to buy one.

The post 2023 Chevy Montana Is the Manual Ford Maverick Rival You Want Deep Down appeared first on The Drive.