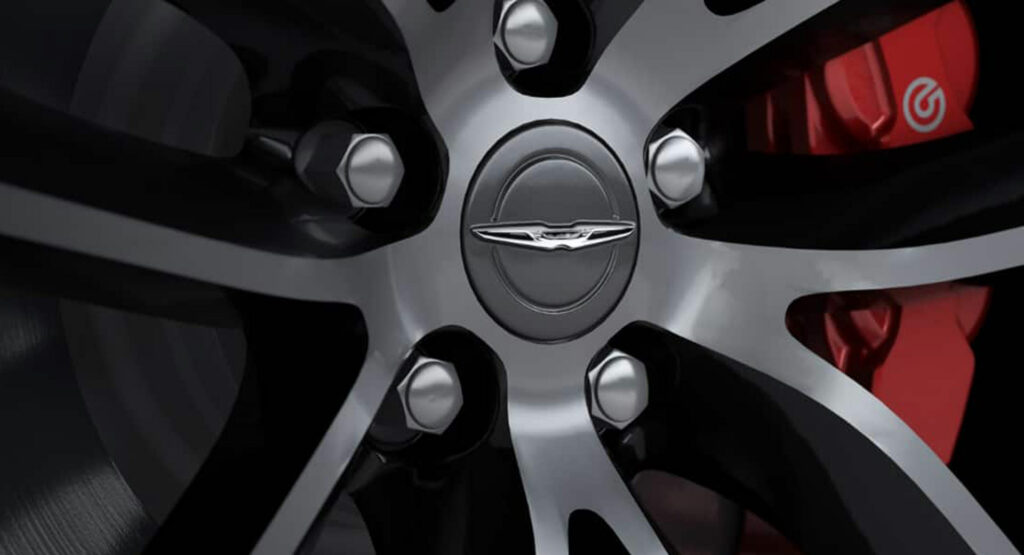 The Chrysler 300 is going out with a bang as the company has confirmed plans to introduce the “ultimate performance” variant on September 13th.

Visitors to Chrysler’s website are greeted by a new teaser image that shows the special edition will have two-tone wheels that are backed up by a high-performance braking system with red Brembo calipers.

While there isn’t much to see, the message accompanying the teaser is pretty revealing as it says Chrysler will introduce “one of the most powerful and luxurious” special editions in their history next week. It goes on to say the vehicle will be built in a “limited production run” that will be available next spring.

Interestingly, the title of the teaser image is “2023 Chrysler 300C” and this suggests the model could revive the 300C moniker. That remains to be seen, but it would be a fitting sendoff for the current sedan.

While the 6.4-liter V8 seems like a natural candidate for the special edition, fans are undoubtedly hoping for a Hellcat-powered finale. If Chrysler goes that route, the model would likely be equipped with a supercharged 6.2-liter V8 producing a thunderous 717 hp (535 kW / 727 PS) and 650 lb-ft (881 Nm) of torque.