2023 Dodge Challenger SRT Hellcat Gets Its Manual Back, Finally 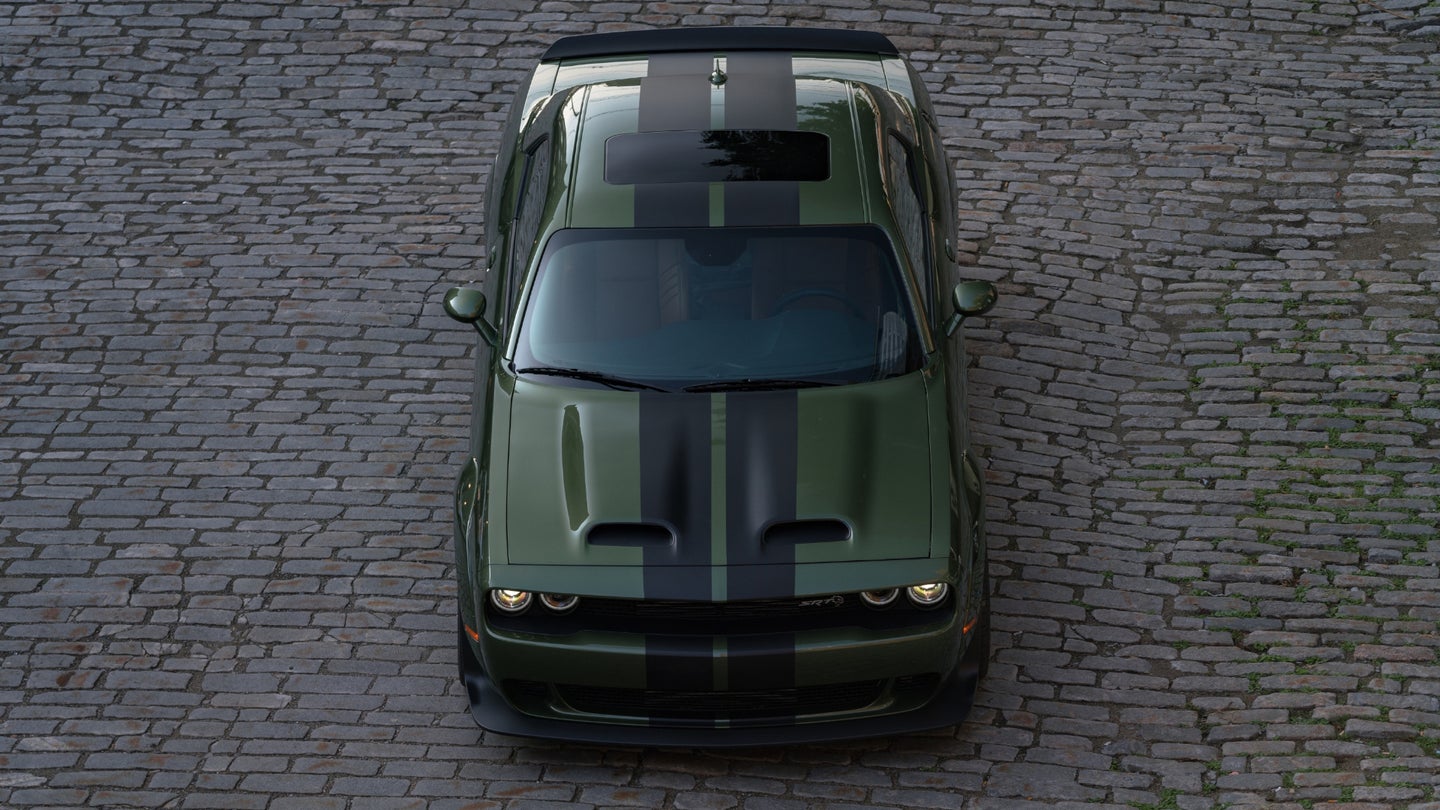 Fans of three pedals rejoice, for the Dodge Challenger Hellcat can once more be ordered with a manual transmission.

As reported by Motor Trend, the Challenger Hellcat is now available with a Tremec six-speed as per Dodge’s specification documents for the 2023 model year. The manual transmission comes as standard, with the 8-speed HP90 automatic available as a $2,995 option.

Notably, Dodge’s current Challenger configurator doesn’t list the manual option. However, that configurator is for the 2022 model year, so doesn’t reflect the change. Those wanting three pedals will need to order a 2023 model year car.

Dodge didn’t leave manual fans entirely in the cold for the past year. Six-speed manual transmissions were still available on lower-end R/T and Scat Pack models, even as the Hellcat manual remained absent. The issue caused some alarm amongst fans of the model, as the V8 Challenger and Charger are due to go out of production after the 2023 model year.

According to Dodge representatives, the manual was removed from sale while the powertrain combination underwent a “revised calibration.” Speculation at the time was that emissions regulations were behind the change, though this hasn’t been confirmed. The Drive has reached out to Dodge for comment and will update this article accordingly.

Those wishing to dump the clutch and shred tires are once again being catered for. Given the 717 horsepower from the Hellcat’s 6.2-liter supercharged V8, you’ll want a healthy rubber budget if you’ve got yourself a bit of a habit.

The post 2023 Dodge Challenger SRT Hellcat Gets Its Manual Back, Finally appeared first on The Drive.