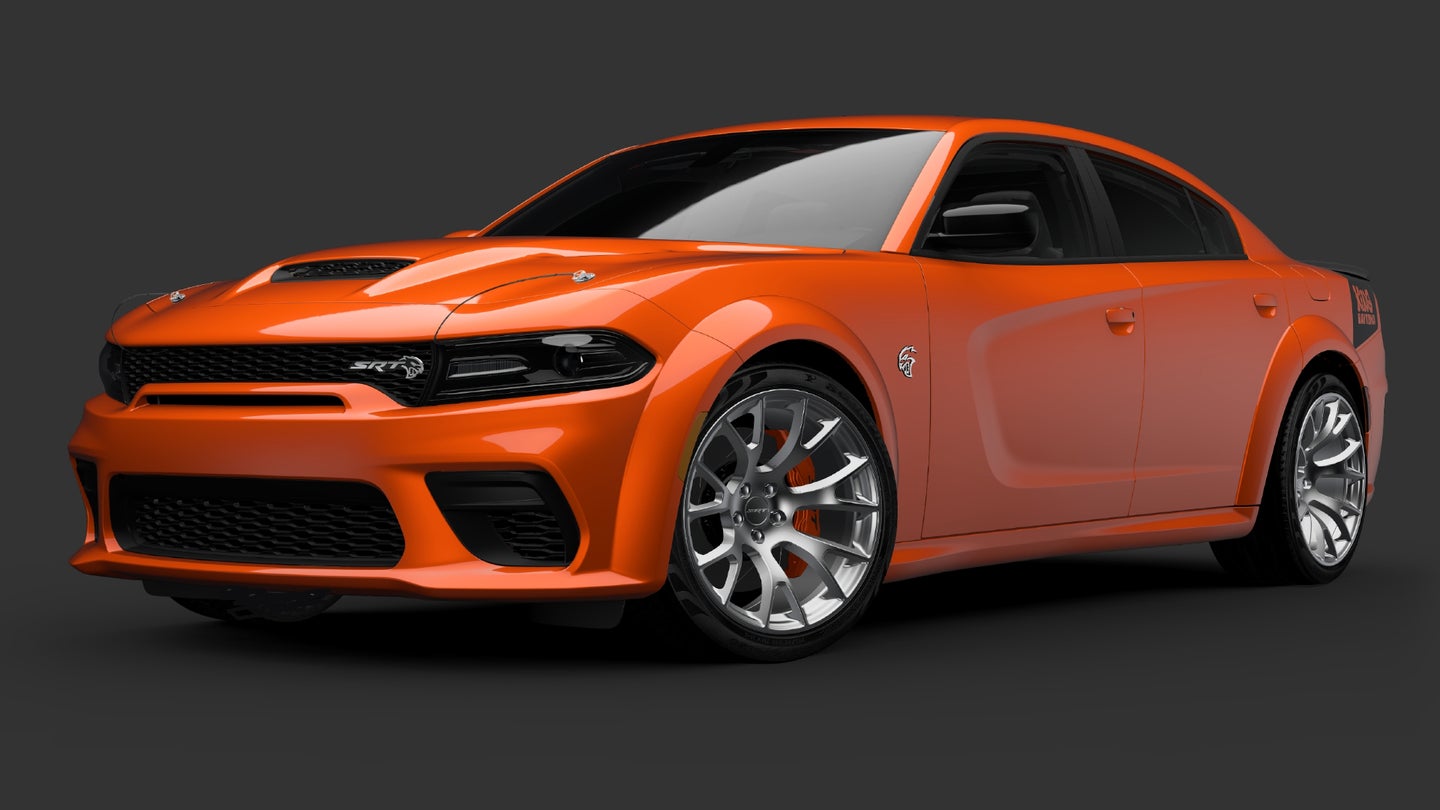 The 2023 Dodge Charger King Daytona is the fifth of seven “Last Call” models that will celebrate the end of the Charger and Challenger lineups.

It’s a model all about performance, intending to hearken back to the West Coast drag racing scene of the 60s and 70s. Just 300 examples of the King Daytona will be built, all finished in Go Mango orange.

As far as drag racing credentials go, the King Daytona steps up to the plate with a mighty 807 horsepower. That’s a 10-hp bump over the existing Charger SRT Hellcat Redeye Widebody model, and matches the power available from the earlier Jailbreak models we saw last year.

As with the other “Last Call” models, the King Daytona gets its own special appearance package. It includes decals on the rear fenders, along with satin chrome exterior badges. The car rides on 20″ Satin Carbon Warp Speed wheels, and there’s also a hood pin kit which adds to the drag racer aesthetic.

Inside, the cabin gets black “Daytona” seats with contrast orange stitching. The stitching is continued throughout the interior, including the door trims, steering wheel, and console. The interior also gets carbon fiber bezels, and a King Daytona badge on the instrument panel so you don’t forget you’re driving a special edition car.

Other niceties include a suede headliner and a Harman Kardon premium audio system. The King Dayton also gets a power sunroof, which is probably the least drag racer-y feature on the list.

As you might have guessed, it’s by no means an out-and-out race car. Realistically, it’s a monstrously powerful sedan that hasn’t given up the usual interior comforts in the quest for speed. Regardless, it should still be quick as hell, allowing you to dominate lesser vehicles at the drag strip.

It’s rare for an automaker to reveal seven special editions in such quick succession, but Dodge wants its combustion-engined heroes to go out with a bang. Or perhaps more accurately, a loud revving sound followed by tire squeal and copious amounts of smoke. Here’s to that.