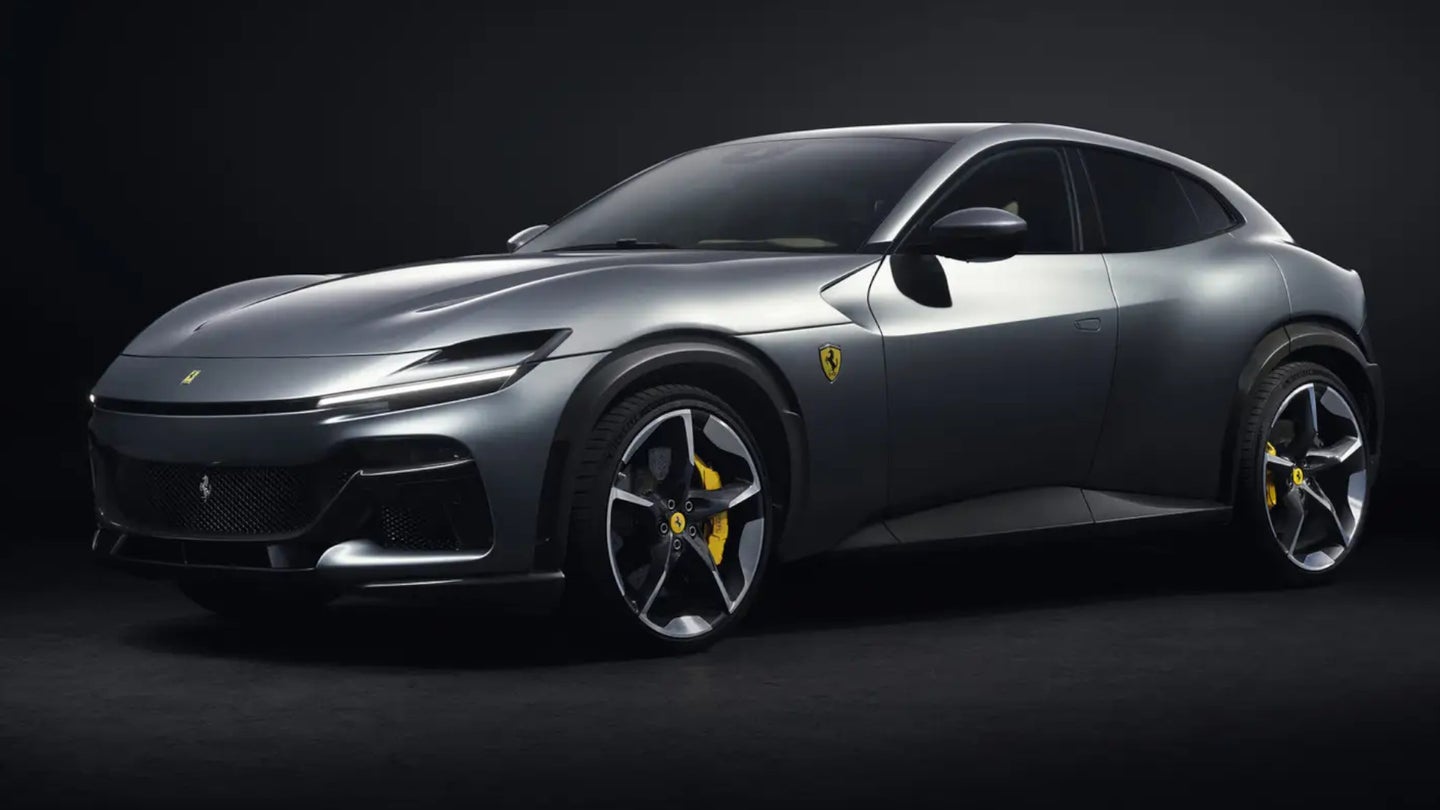 The Purosangue marks a new era for Ferrari, as the brand’s first-ever SUV. Traditionally, the automaker has focused on uncompromising sports cars and GTs. However, Ferrari has ended up following the example of brands like Porsche and Lamborghini, which have expanded into the SUV market in a big way.

Where Ferrari diverges from its rivals is in the price, however. According to Autocar’s reports, the SUV will start at £313,120 in the UK, or roughly $370,000 US dollars. Of course, pricing can differ significantly between countries, and thus this may not translate directly into representative pricing in the US. Regardless, it indicates that Ferrari is aiming for a much higher price point than its competition. For comparison, the Lamborghini Urus starts at just £177,418 ($211,125 USD) in the UK, while the Porsche Cayenne is a bargain, starting at just £63,700 ($75,000 USD).

The Purosangue does offer one major perk over its rivals to justify that cost. Under the hood lurks a 6.5-liter V12 good for 715 horsepower at a lofty 7,750 rpm. Ferrari reports the Purosangue as having a zero to 100 km/h time of just 3.3 seconds, which should equate to a zero to 60 mph time of approximately 3.1 seconds or so. It’s capable of a top speed of 193 mph.

The Lamborghini Urus only offers a twin-turbo V8 engine with 641 hp at best. Meanwhile, the Porsche Cayenne Turbo GT sports up to 631 hp from a twin-turbo V8, or 690 hp in its heavier Turbo S E-Hybrid trim. Not only are both down on power, but they lack the romance of the Ferrari’s naturally-aspirated, all-Italian V12. The Ferrari also comes in lighter than its rivals, with a kerb weight of 4,480 lbs, which should give it a slight edge in handling. The Urus and Cayenne Turbo GT come in at a heftier 4850 lbs and 4894 lbs respectively. Notably, though, both SUVs can deliver a zero to 60 mph time of 3.1 seconds, regardless.

Fundamentally, the Purosangue is in a different league compared to other luxury performance SUVs when it comes to price. Its only real competition at that level is the Rolls-Royce Cullinan, which retails for £291,820 to £329,020 in the UK ($346,000 to $391,227 USD.) While the Cullinan is all about opulence and comfort, though, the Purosangue is intended to offer a more sports car-like driving experience.

In any case, if Autocar’s reports are borne out, expect to fork out in the vicinity of $400,000 to secure yourself a Purosangue stateside if you’ve even glanced at the options list. The Drive has reached out to Ferrari to request details on specific US pricing, and will update this article accordingly. In any case, though, if the first-ever SUV from the Prancing Horse is a must-have for you, you’ll likely be cutting a mighty big check to get one.

The post 2023 Ferrari Purosangue Pricing To Start Around $370,000: Report appeared first on The Drive.