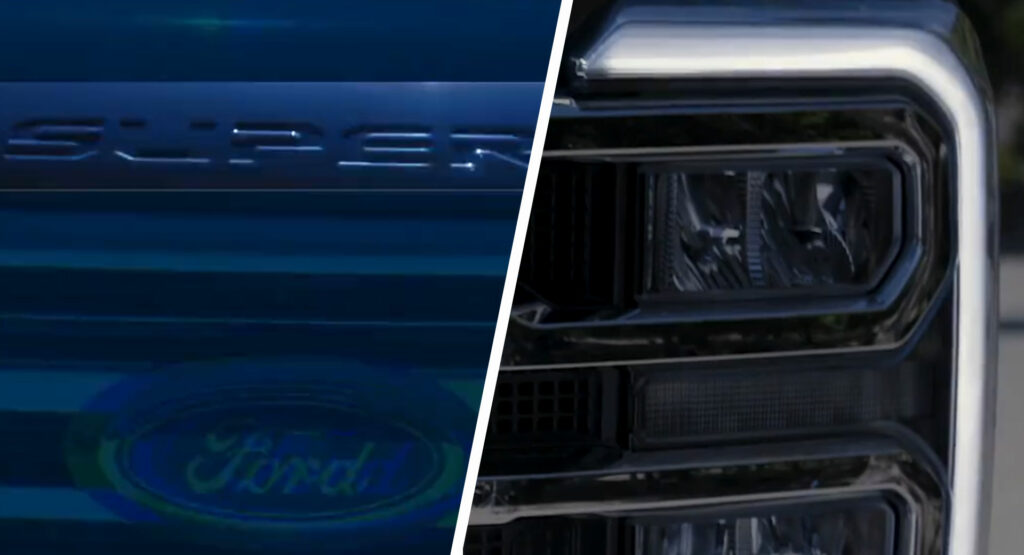 The Ford F-150 has been the best-selling vehicle in the United States for decades, but the Super Duty is the truck that builds America.

Popular with everyone from contractors to boat owners, the F-Series Super Duty is the pinnacle of “Built Ford Tough” and that trend is set to continue on September 27th, when the company unveils the redesigned model.

Ford is keeping details under wraps, but the automaker released a short teaser video that gives us a glimpse at the truck’s grille and headlights. Both are all-new as the model features stacked lighting units that are now integrated into a wider grille. That isn’t the only noticeable change as the truck has prominent C-shaped LED daytime running lights, which wrap around the headlights.

Additional details are hard to make out, but we can see pronounced Super Duty branding on the hood. Further below, there’s a modernized grille as well as a large Blue Oval.

We’ll learn full details later this month, but previous spy photos have shown the truck will be fairly evolutionary. However, it will adopt a handful of practical upgrades such as side-mounted steps to improve access to the bed. We can also expect a high-tech interior, which will likely incorporate some features from the newer F-150. 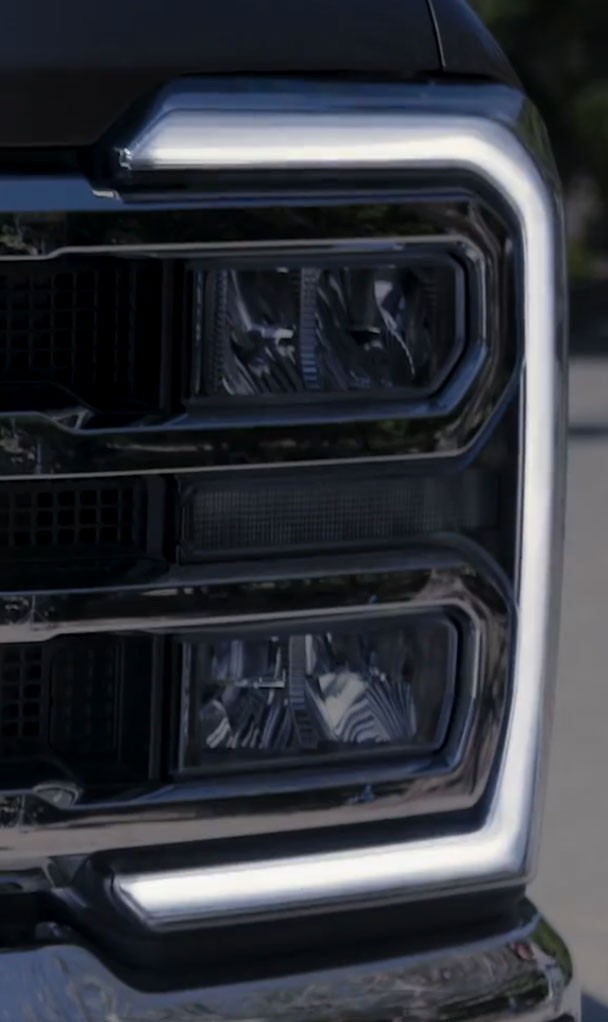