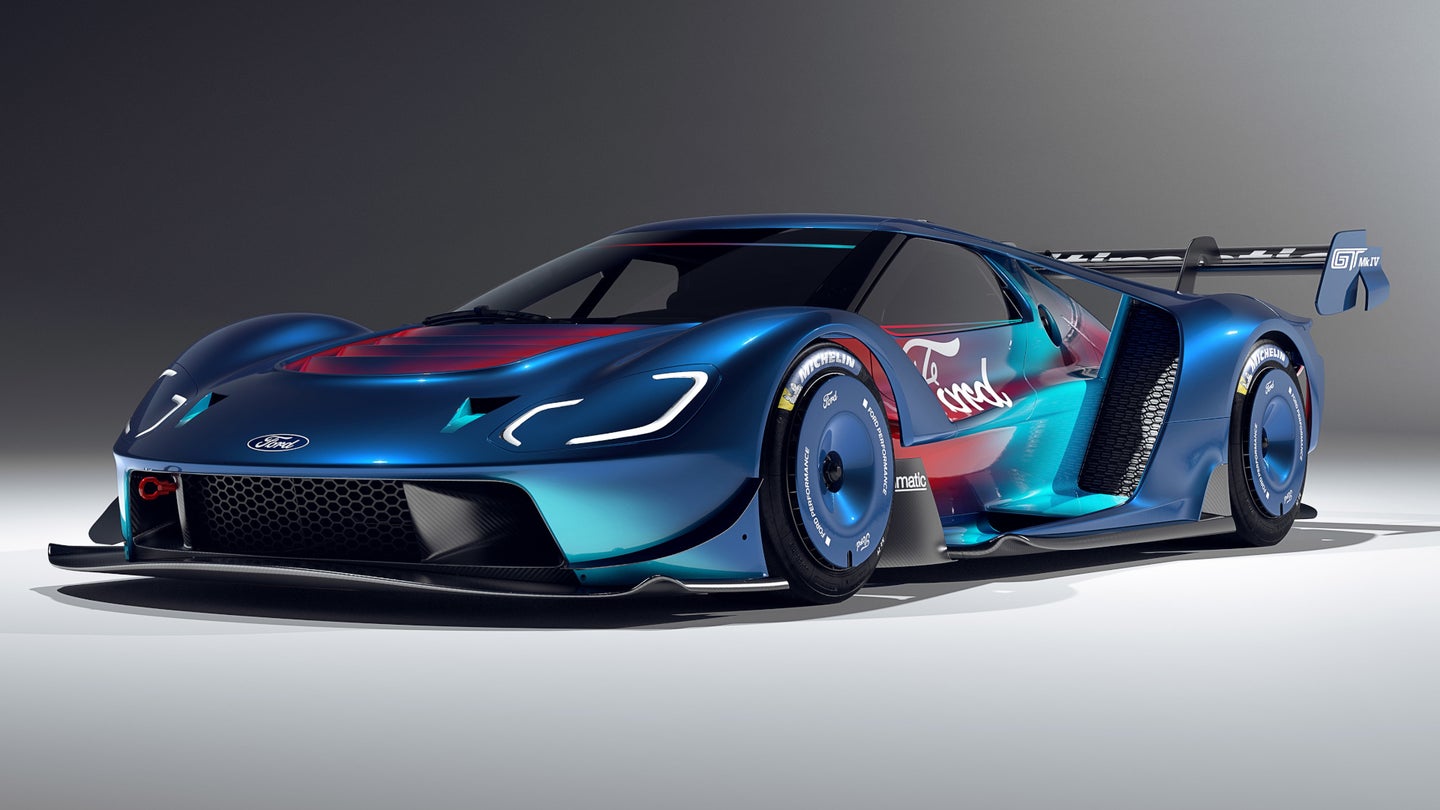 The 2023 Ford GT Mk IV raises the performance bar to a new height as the final track-only model for the third-gen supercar.

The Mk IV is set to be the highest-performing Ford GT yet. To that end, it features modifications across the board, including the engine, suspension, and even the chassis itself. Just 67 will be built as a tribute to the original 1967 Mk IV version of the legendary Ford GT40 that took on Le Mans and won. Much like that storied car, this model features radical changes in the pursuit of maximum capability on track.

The engine has been reworked, with the twin-turbo EcoBoost unit now boasting an unspecified larger displacement, while targeting over 800 horsepower. That’s a big leap over the 647 hp of the original car. It’s paired with a racing gearbox, so owners can expect shifts to be even quicker and more violent than the already-swift action of the standard Getrag dual-clutch transmission.

Much like the original Mk IV GT40, the chassis and wheelbase has been lengthened, too. Working in partnership with Ford on the GT project, Multimatic has given the GT Mk IV a carbon fiber “long tail” body in the pursuit of greater aerodynamic performance. It’s paired with a giant gooseneck-mounted wing and a huge front splitter, along with radically-designed sideskirts and a monstrous rear diffuser. The car almost takes on a Le Mans prototype look from the side view, rather than anything based on a road car.

If the original third-generation Ford GT simply wasn’t enough of a track car for you, the Mk IV should deliver in spades. It’s taken what was a gorgeous road-going supercar, and turned it into an aggressive track weapon that looks like you’d need a racing license to drive it.

MSRP starts at $1.7 million, with the cars to be sold via an online client application process. Selected clients will be confirmed in the first quarter of next year, with deliveries expected by late spring 2023.

The post 2023 Ford GT Mk IV: Track-Only Weapon Gets Serious Race Aero and Over 800 HP appeared first on The Drive.