2023 GMC Canyon: Tough New Looks, Powertrains And Everything Else We Know Before Imminent Launch 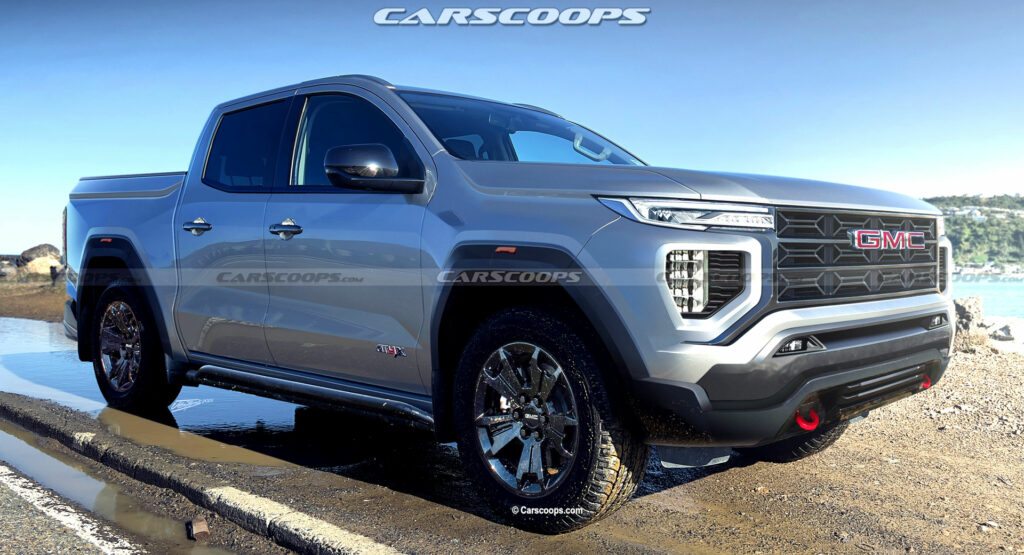 This story includes independent illustrations made by CarScoops’ artist Josh Byrnes based on 2023 Canyon testers caught by our spies, GMC’s own recent teasers as well as our own intel. The renders are neither related to nor endorsed by GMC.

Once a segment on the verge of collapse, the mid-size pickup category has made a seismic comeback with rejuvenated offerings like Nissan’s Frontier, Ford Ranger and Jeep Gladiator. Sure, they’re not the absolute breadwinners compared to their full-sized stablemates, but in the face of soaring gas prices, having a foot in the mid-sized arena is undoubtedly a safe bet.

Read: What We Know About The 2024 Honda Prologue Electric SUV

Next up to be refreshed are GM’s Chevrolet Colorado and GMC Canyon twins. We’ve seen the latter in prototype form, so let’s illustratively explore the GMC’s staunch new appearance and everything else we know.

The outgoing Canyon is arguably handsome enough, if somewhat underwhelming, in the visual stakes. For 2023, GMC has injected the utility with a rugged new attitude that aims to top Tacoma when it comes to sheer aesthetic appeal.

Frontal styling features an egg-crate grille flanked by a pair of two-tiered headlamps. Slim upper units encompass the DRLs and turn signals, whilst the lower ones provide the primary illumination source. Chunky, squared-off fenders and chiselled sheetmetal dominate the side profile – although, it must be said, that the cabin area looks virtually identical to the current truck.

A Much Nicer Place to Be

One area the current truck desperately needed attention was within the cabin. Fortunately, it appears GMC have thrown the kitchen sink at righting past wrongs with a thoroughly modern and future-proofed interior that will borrow heavily from the latest Sierra 1500. Key highlights include a digital instrument cluster and a horizontal infotainment system that can run Apple CarPlay and integrated Google features such as maps simultaneously.

Touchscreen critics can breathe a sigh of relief as the new truck features a bank of physical buttons and knobs for the HVAC system positioned below the infotainment display. A proper power/volume knob also sits in the top left corner of the interface. Elsewhere, the Canyon will feature improved materials, occupant space and a myriad of semi-autonomous driver assists.

Underpinning the new Canyon (and upcoming Colorado) will be a heavily revised version of GM’s GMT32XX platform. It will also feature a new version of GM’s electrical architecture to enable over-the-air updates and other remote connectivity services.

While we don’t have official confirmation on which powertrain(s) will be offered, there is a strong belief that GM’s highly advanced L3B 2.7-litre inline-four turbo unit will be employed as the only form of propulsion. In the larger-than-life Chevrolet Silverado 1500 and GMC Sierra 1500 twins, this unit is paired to GM’s 10-speed automatic, pumping out 310 hp and 430 pound-feet of torque. That’s more power not only over the current 2.5-liter four-pot, but even the 308 hp and 275 lb-ft (373 Nm) 3.6-liter V6. 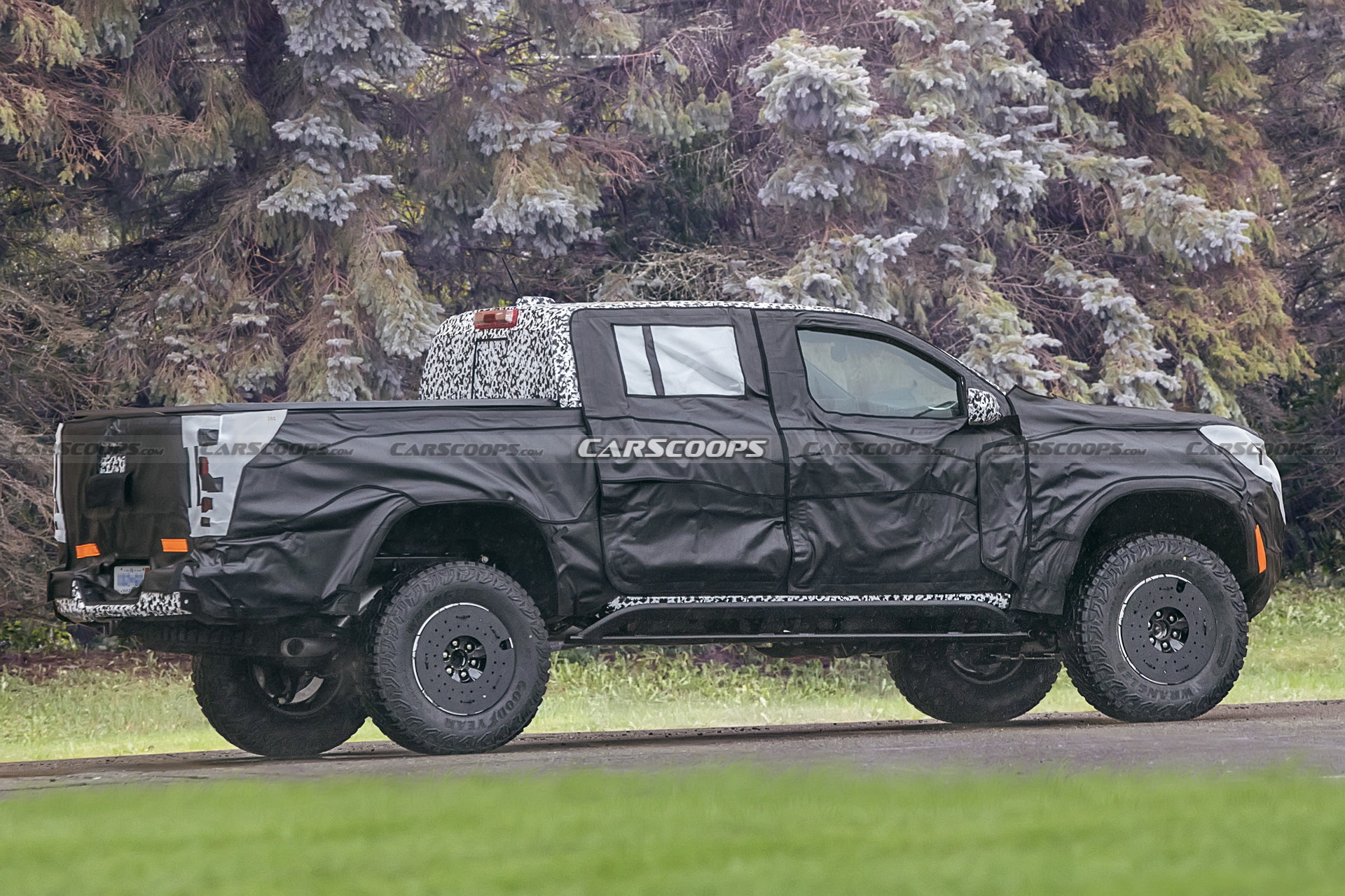 The Canyon’s direct competitors include under-skin twin Chevrolet Colorado, Toyota’s top-selling Tacoma, Nissan Frontier, Ford Ranger, and Jeep Gladiator. The truck will again be offered in various specifications, including an all-terrain focused AT4X trim similar to the ZR2 offered by its Chevy twin. GM has locked in an official debut for this summer, so look out for more details soon.

Would you consider the next GMC Canyon over the competition? Share your thoughts in the comments below. 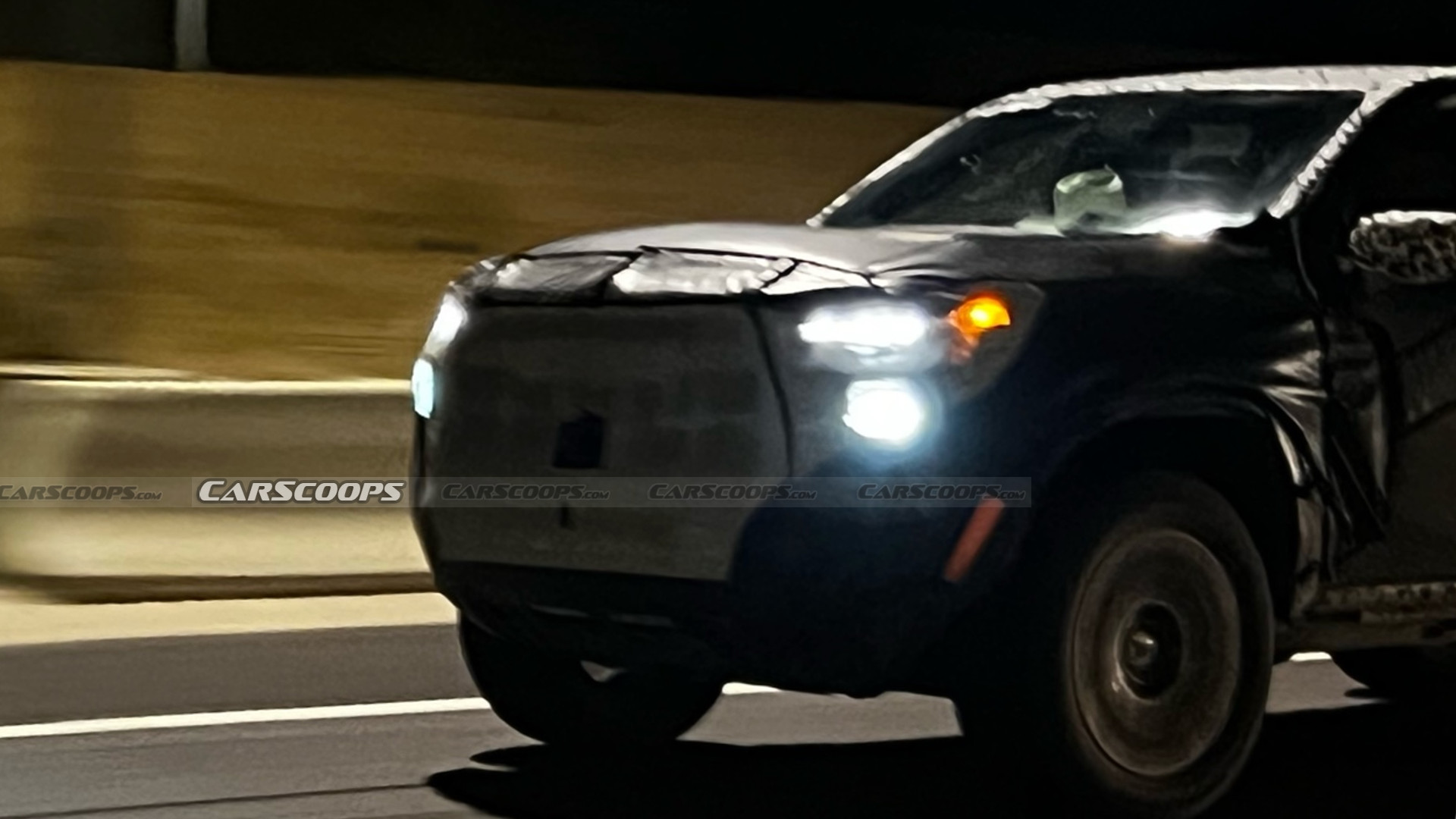 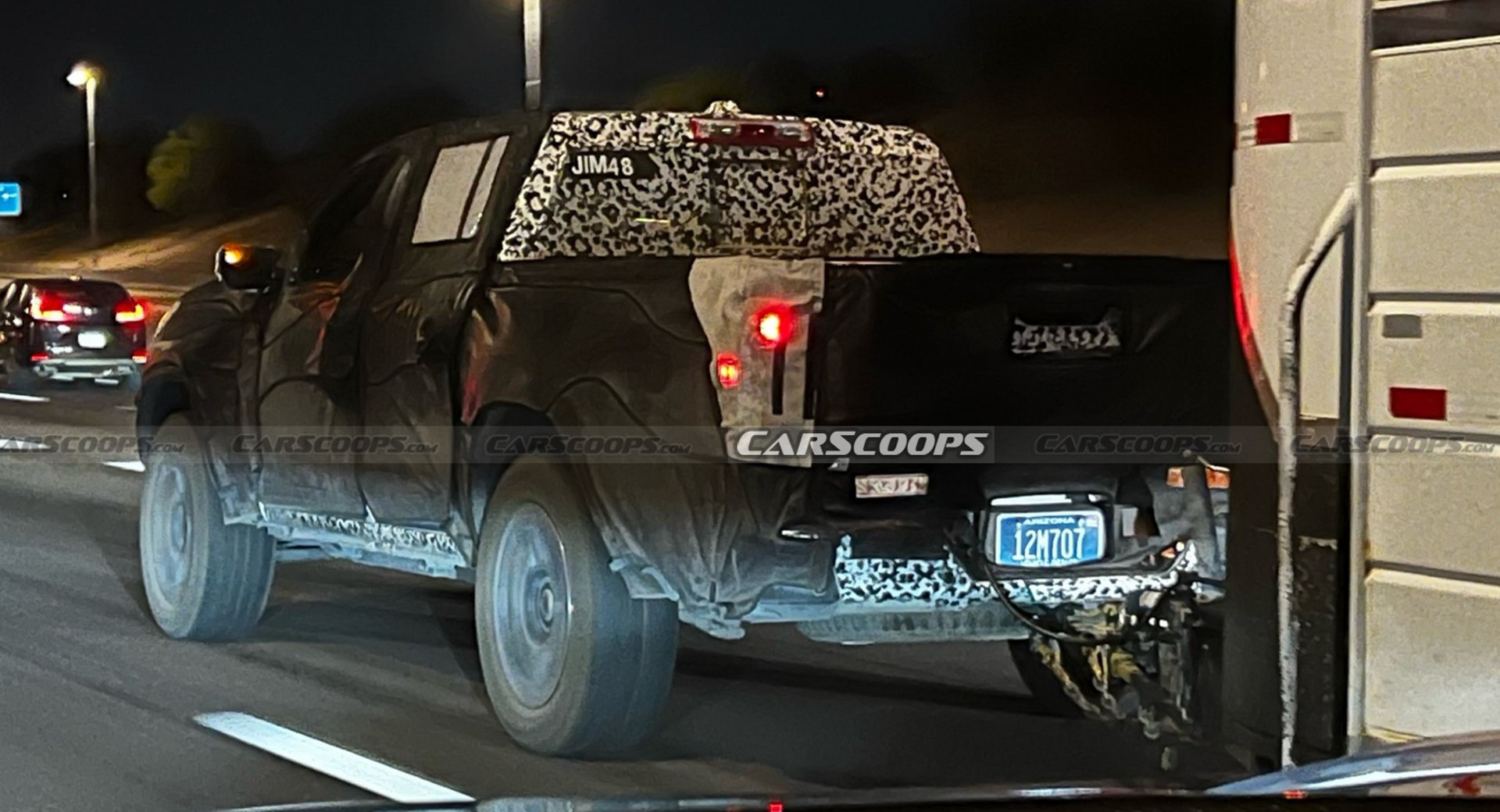