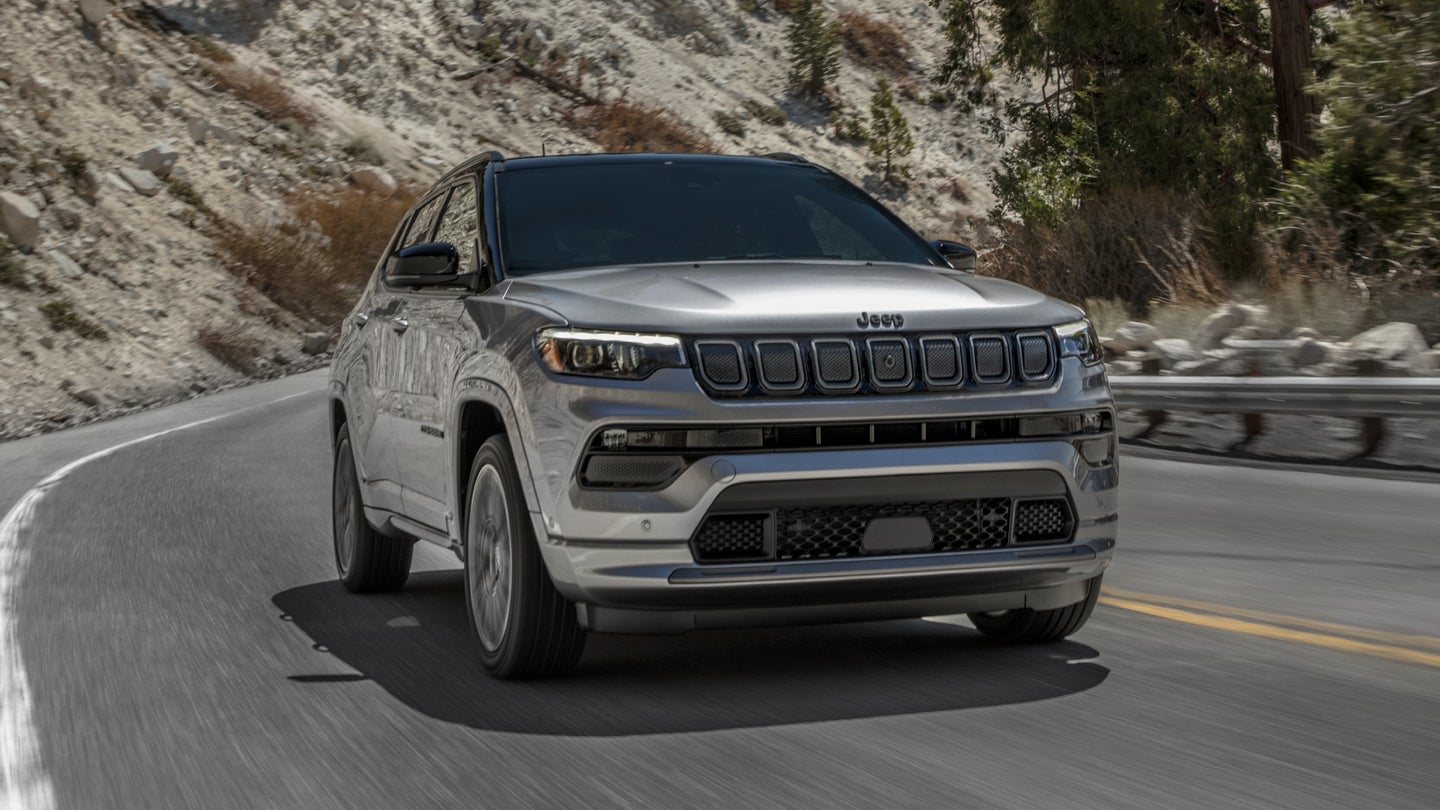 The 2023 Jeep Compass, Stellantis’ small crossover, is getting a new engine to kick off the new year. Gone is the old 2.4-liter “Tigershark” four-cylinder, and a new 2.0-liter turbo-fourn will be in its place. That might sound like a downgrade at face value, but dig into the details and the smaller, new engine actually packs more power and torque. Car and Driver found some details of the new engine in documents filed with federal regulators showing it will make almost 100 horsepower more than the outgoing engine.

Jeep’s old Tigershark naturally aspirated four-cylinder only made 177 horsepower and 172 pound-feet of torque. That’s well below the power figures from more modern rival engines, such as Ford’s Ecoboost (250 horsepower) and Chevy’s 2.0-liter turbo-four (228 horsepower). This new Compass engine, however, brings 270 horsepower and 295 pound-feet and will pair up with an eight-speed automatic. Judging by the EPA documents, it also seems the front-wheel drive Compass is gone, and all-wheel drive will be standard.

The new engine is the same one that will power the Dodge Hornet and was supposed to power the Alfa Romeo Tonale before the latter dropped the new engine in favor of a plug-in hybrid powertrain. Though, it’s unclear if Jeep and Dodge will eventually get the Tonale’s PHEV setup, which is more powerful, more efficient, and comes with 30 miles of electric range.

We’ve reached out to Stellantis to see if there will be any other changes to the 2023 Compass to go along with the new engine and will update this when we get more info. But the Compass was facelifted already for the 2022 model year, so it’s unlikely there will be even more significant changes for next year.