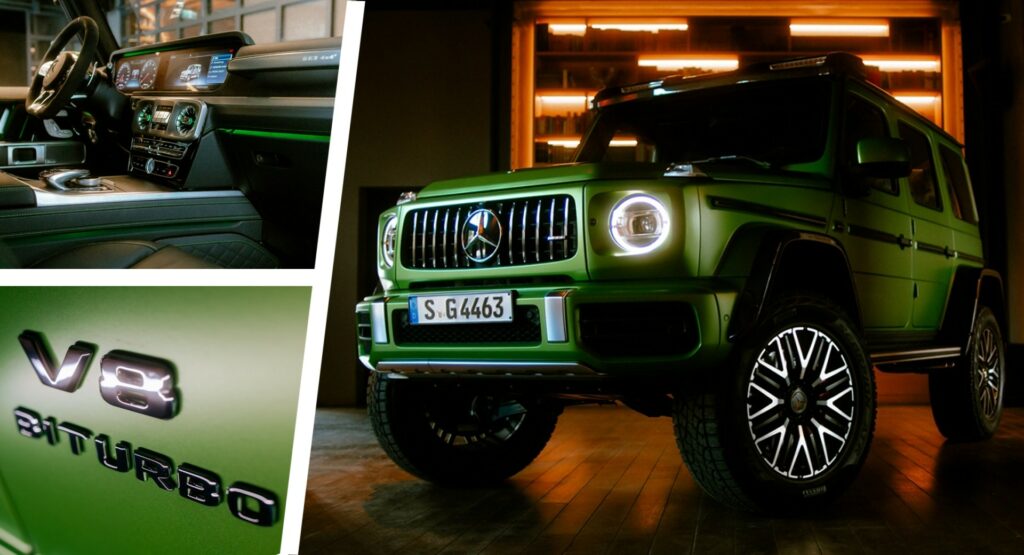 Mercedes-AMG has revealed the first official photos of the new G63 4×4² which combines portal axles and huge ground clearance with the performance of a twin-turbocharged V8 engine. Mercedes says that this is “the last of its kind”, likely referring to the ICE version.

The model was revealed on Mercedes’ G-Class Private Lounge website. Besides the photos we also have a video with Toni Mäntele, Head of Product Management for the G-Class, showing us the imposing style of the last 4×4².

The G-Wagen has been upgraded with wide fender add-ons, a set of massive 22-inch wheels shod it grippy tires, roof-mounted LEDs, a special Green paint, and plenty of carbon fiber accents all around its squared-off body, including a full-size spare cover. Climb inside the cabin and you’ll find more carbon fiber, a special startup screen on the digital cockpit, ambient lighting, a digital interior mirror, leather-wrapped sports seats and steering wheel.

A Big Boost In Power Over Its Predecessor

The big news is under the bonnet, where we find AMG’s latest twin-turbo 4.0-liter V8 that produces 577 hp (430 kW / 585 PS) and 850 Nm (627 lb-ft) of torque, just like in the regular G63, a significant improvement over the older model with its 416 horsepower and 450 lb-ft. Mercedes didn’t reveal the performance figures but don’t expect it to be a match for the “regular” G63 due to the obviously worse aerodynamics, the massive wheels and the increased weight. Note that this is not the only AMG-powered G-Class with portal axles, since this title goes to the limited production previous-gen Mercedes-AMG G 63 6×6. 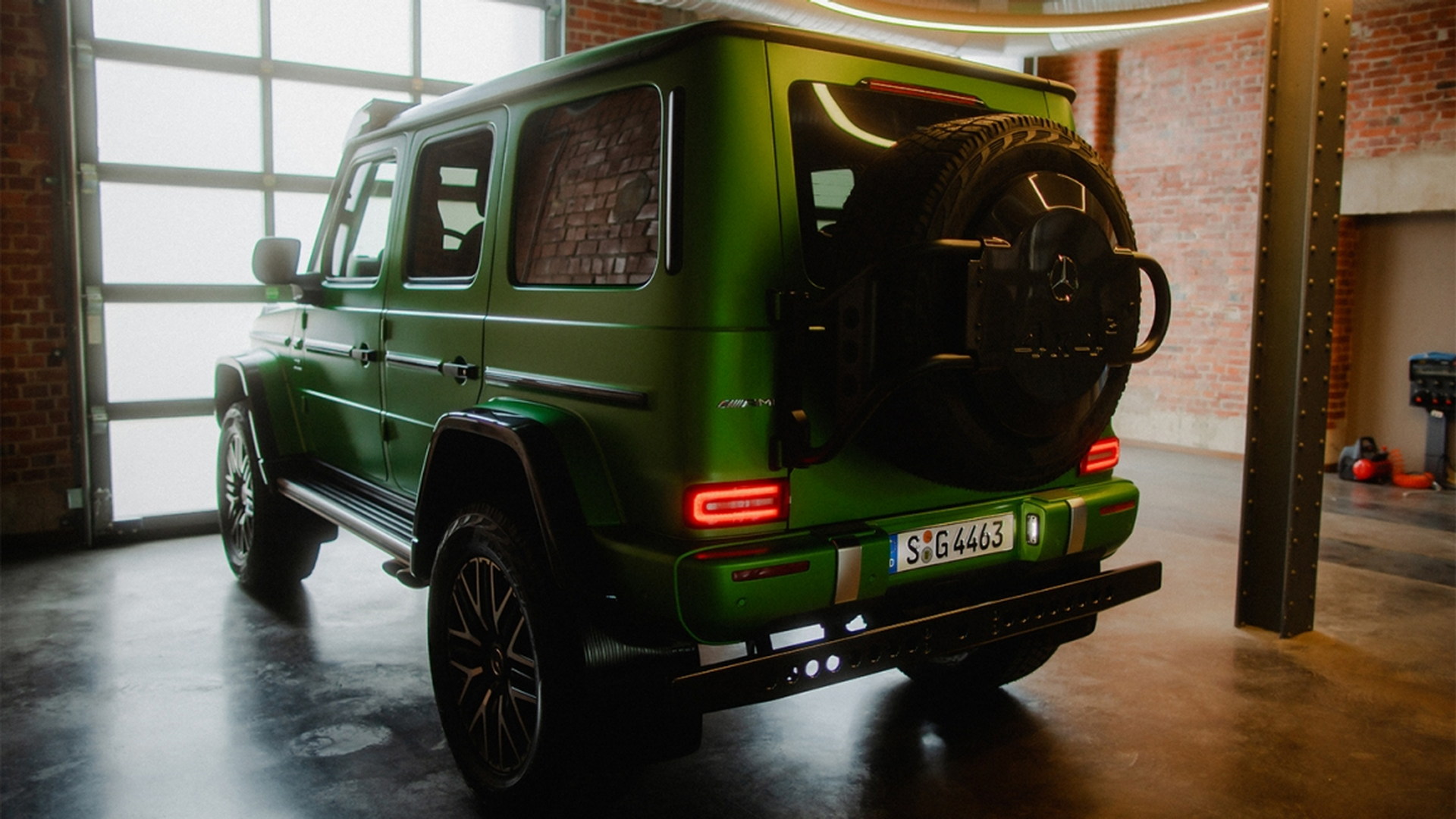 Predictably, the G63 4×4² is the most capable variant of the current G-Wagen, with improved off-road credentials compared to the non-“squared” models. The suspension is independent and features the signature portal axles, with the approach angle being a cool 45 degrees, the ground clearance increased to 13.8 inches (351 mm), and the ability to go through water that is 35.8 inches (910 mm) deep. While impressive to say the least, those figures are slightly worse than the previous generation of the G550 4×4². However, we are sure that none of the owners will notice any difference since it is very hard to come close to the limits of this off-road beast.

Mercedes will announce the detailed specification of the model later on. The same goes with pricing and availability, with Mercedes adding that the G63 4×4² will be available for a limited time, prompting G-Wagen collectors to act fast. Besides the squared version, Mercedes is also working on the facelifted G-Class, and of course on the fully electric EQG.