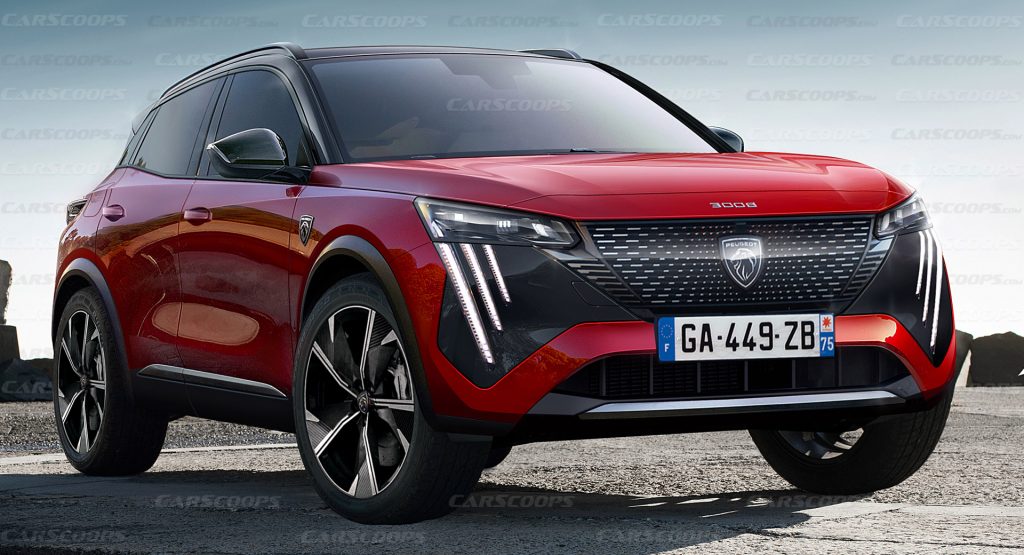 This article includes speculative illustrations for the upcoming Peugeot 3008 III created by Jean Francois Hubert/SB-Medien for CarScoops that are neither related to nor endorsed by Peugeot.

Peugeot hit the nail on the head with the 3008, which is placed among the most popular models of the highly competitive compact SUV segment. Despite updating the second generation with a facelift in 2020, the French automaker is already working on an all-new model. Thus, we gathered all the information available for the third-generation 3008 and present them to you alongside a few speculative renderings created by our associates.

The current 3008 debuted back in 2016, with its SUV bodystyle representing a significant evolution compared to its minivan-style predecessor. The handsome body became more attractive with a comprehensive facelift in 2020, incorporating Peugeot’s latest design identity on the front end. However, the facelifted 3008 didn’t change that much and doesn’t feature the new emblem that debuted in the 308. Peugeot is planning on replacing it with a new generation coming as early as in 2023 and featuring a fully redesigned body and a heavily reworked platform.

As depicted on the renderings, the new 3008 will likely feature triple vertical LEDs on the front bumper, further emphasizing Peugeot’s signature lion fangs. The faux bumper intakes of the current 3008 could be replaced by a dark-painted trim element, for a more unified look with the grille. The latter will inherit the new look already found on the 308, alongside the new logo which will gradually find its way to the entire Peugeot lineup.

Read Also: Here’s What To Expect From The Mid-Life Facelift Of The Peugeot 508 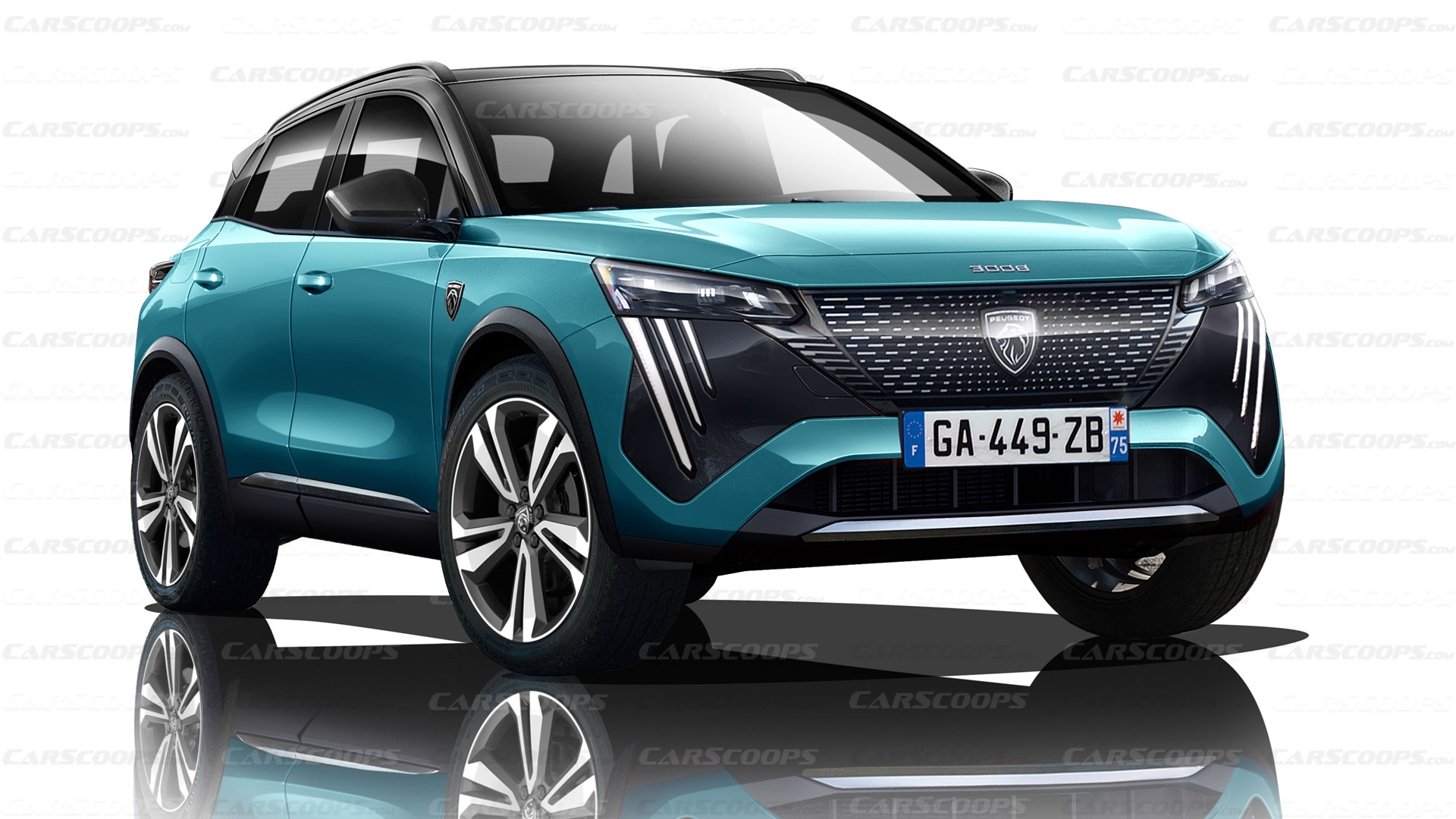 The profile is expected to become more sculpted than before, with softer curves and thinner plastic cladding for classier looks. The roofline will likely become more dynamic, further differentiating the 3008 from its boxier 5008 sibling. At the back, we expect thinner and more aggressive LED taillights, with a heavier dose of decorative chrome elements on the bumper, especially on the sportier GT-Line trims. New wheel designs and a fresh color palette could spice up the looks even more, while the duo-tone treatment with the black-painted roof and pillars will likely be carried over to the new generation.

Following the trend in the SUV world, the new model is expected to grow in footprint, broadening the gap from the smaller 2008 which is measuring 4,300 mm (169.3 inches) long, compared to the 4,447 mm (175.1 inches) of the current 3008. This will result in improved proportions and increased room for the passengers and their luggage, adding more practicality into the mix.

Inside the cabin, the i-Cockpit dashboard of the current model may still look pretty modern for 2022 standards, but the new 3008 will take things even further into the future. An even larger infotainment touchscreen, a reworked 3D instrument cluster, aircraft-style switches and premium grade materials all around the cabin will bridge the gap between the current 3008 and more expensive rivals like the new BMW X1. Additionally, the equipment will be upgraded with more sophisticated ADAS taken from Stellantis’ parts bin.

Stellantis Underpinnings With A Focus On Electrification 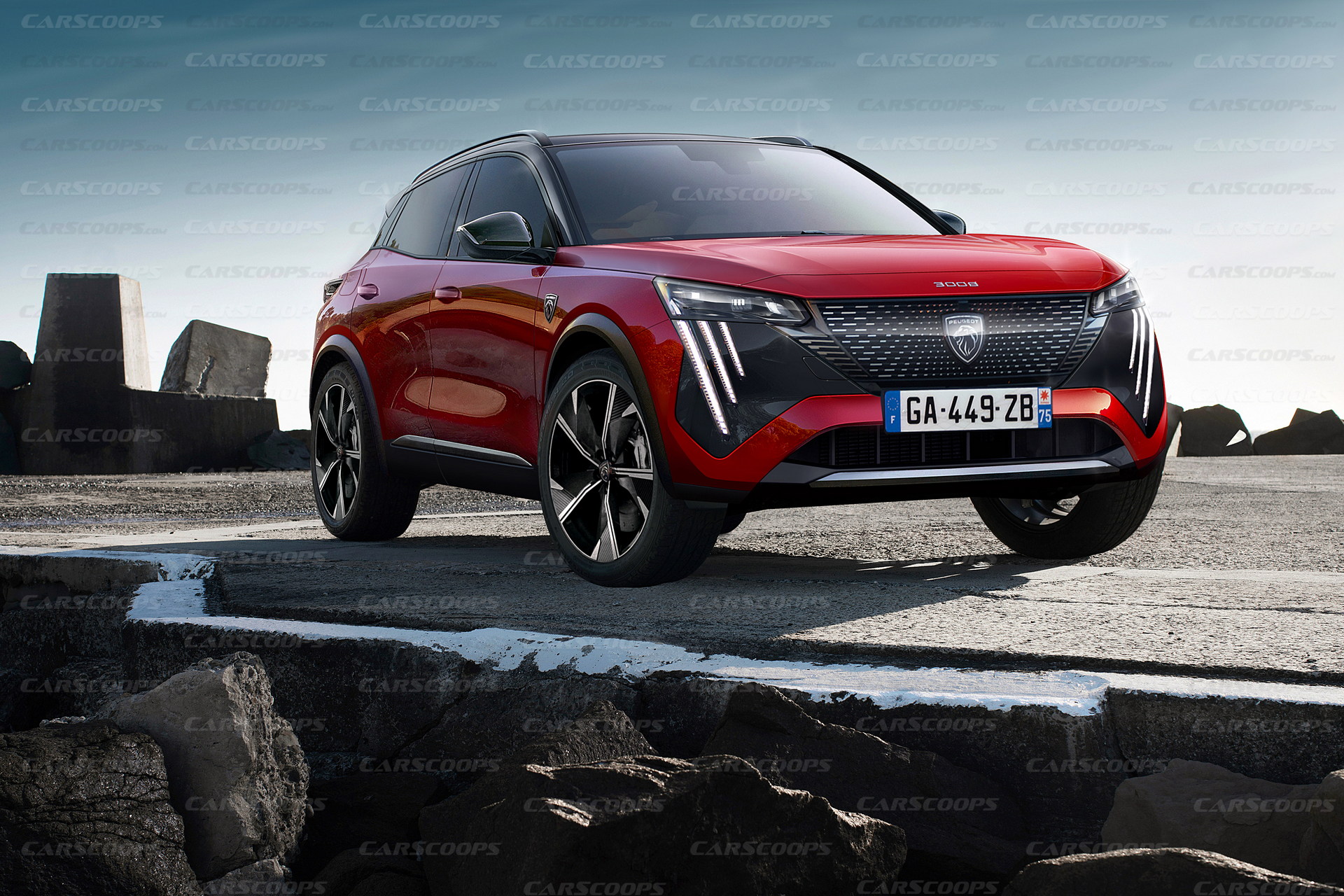 Peugeot wants to electrify its entire range by 2025 before going EV-only in Europe by 2030. This means there is still time for one more ICE-powered generation of the 3008, albeit with a heavily electrified powertrain mix and a must-have fully electric e-3008 variant to fight the competition.

In this context, there are two scenarios for the new 3008; one is to use an updated version of the EMP2 architecture, and the other is to move into the more modern STLA Medium platform designed for compact and medium-sized models. The EMP2 is compatible with EV underpinnings as proven by the rumored Peugeot e-308 and the officially confirmed Opel Astra-e compact hatchbacks set to debut in 2023. However, the STLA Medium would bring improved technical capabilities on the electric front in terms of power outputs and range.

Read Also: 2025 Peugeot 1008 Could Be The Most Affordable SUV Of The Range 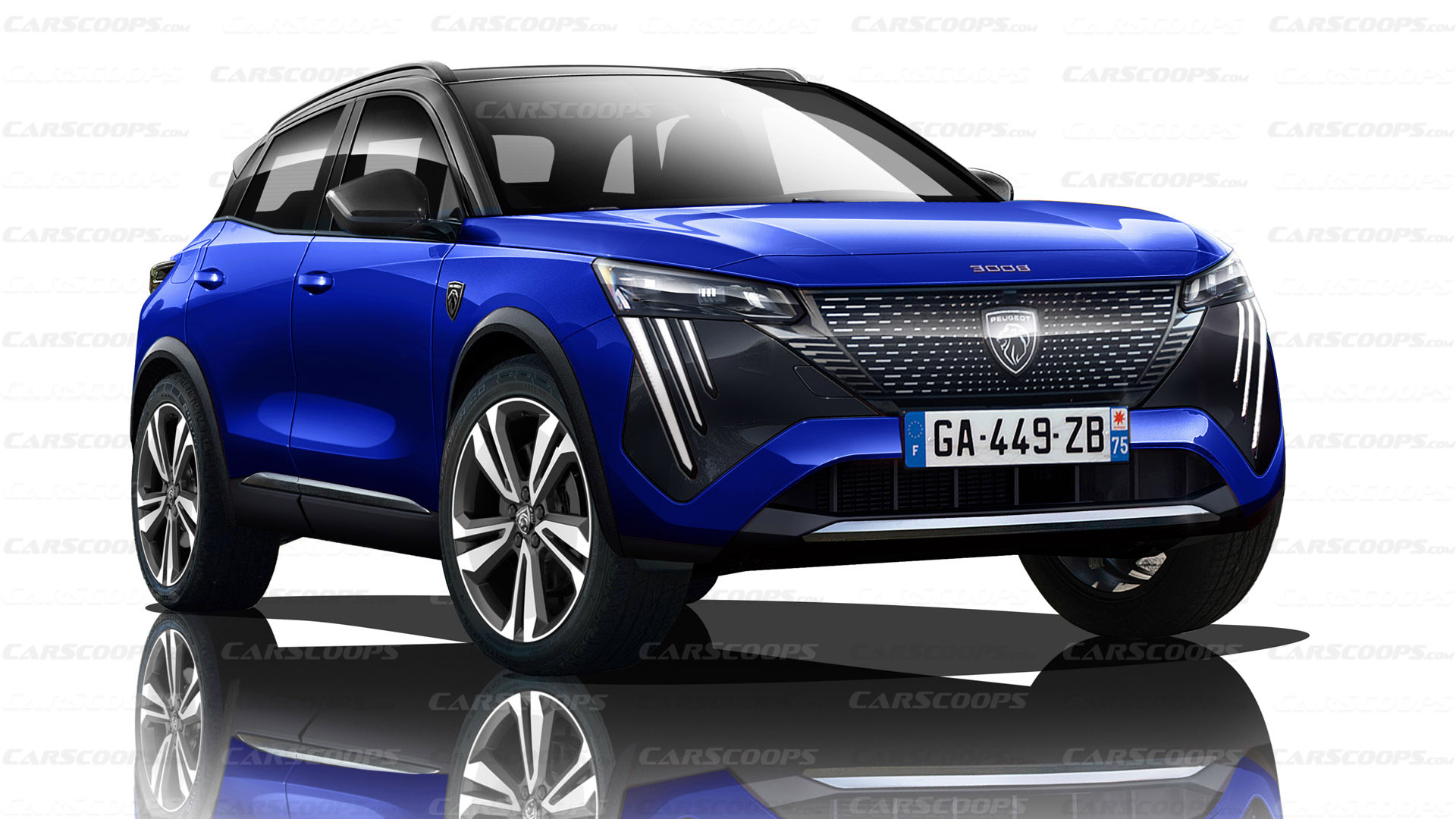 Setting aside the EV, the new 3008 will be exclusively offered with electrified petrol powertrains, since the diesel options will be dropped from the range. The entry-level 3008 is expected to feature an updated turbocharged 1.2-liter PureTech three-cylinder engine with a 48-Volt mild-hybrid system making it more efficient. The plug-in hybrid options available with a single (FWD) or dual (AWD) electric motors will offer an increased EV range thanks to new batteries and other upgrades. The latter will most likely be shared with the upcoming Peugeot 408 that has been spied testing with a low-slung crossover bodystyle.

French media suggest that the first camouflaged prototypes of the third-generation Peugeot 3008 will make their spy debut before the end of 2022. This will give us more information on the upcoming SUV that is expected to debut sometime in 2023. 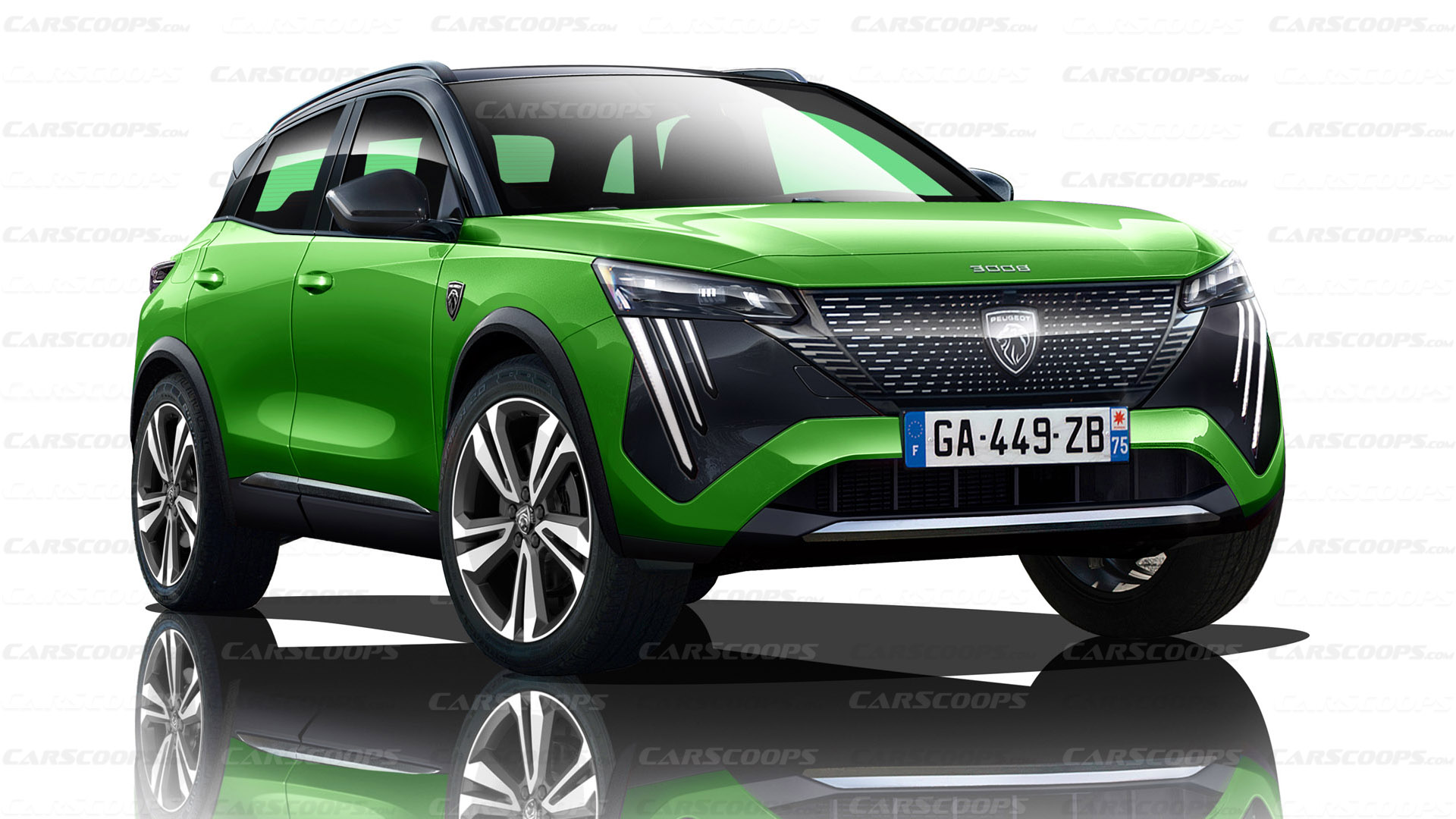