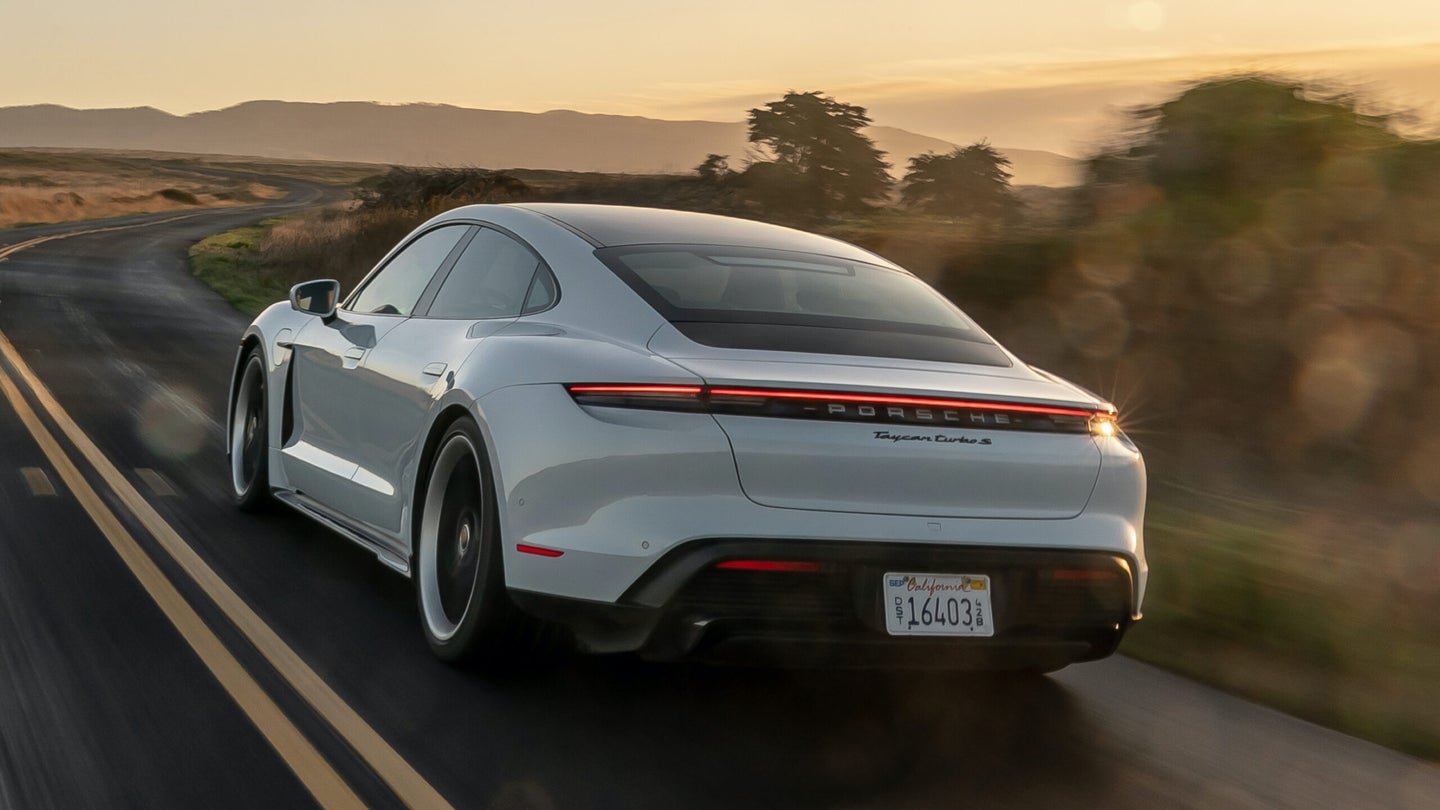 The 2023 Porsche Taycan is getting a significant tech update and owners of older Taycans going back to the model’s introduction will be able to reap the benefits, too. The major software boost includes improvements to the drivetrain’s efficiency, an upgraded user interface, and improvements to thermal management. All in all, it’s enough to eke out a decent amount of extra range from the car—31 miles on the WLTP cycle, according to Porsche.

Here’s the full rundown of what to expect. Perhaps one of the coolest parts about this software update is that all older Taycans from the 2020 through 2022 model years will be eligible to receive it for free. It’s all software, so no extra equipment will need to be installed. All it will cost is time, as Taycan model line head Kevin Giek told The Drive at a journalist roundtable that the update will take about a day to install. Here’s why the big update could be worth it for older Taycans, too.

The Porsche Taycan has always been the EV you buy for fun instead of maximum range, but a couple of changes should help owners spend less time at a charger. Most notably, the front motor will de-energize in Normal and Eco modes on the all-wheel-drive cars for less parasitic load. The all-wheel-drive indicator on the dashboard will now show off the flow of energy when you’re driving along as well. Furthermore, your recuperation settings will now be retained when you switch drive modes, so if you prefer your car to get the most out of its regenerative braking system no matter how you’re driving that day, it’ll remember that.

This means that the earliest 2020 model year cars can now operate as efficiently as a brand-new Taycan GTS after the update, according to Giek. That translates to a nice little bump in range, but Porsche said these changes haven’t resulted in enough of a change to want to resubmit the Taycan to be re-rated by the EPA over a simple software change. Still, knowing they can eke out a tiny bit more range through just software tweaks is pretty neat.

It should now take less time to reach a full charge, too. Porsche optimized the thermal management of the car to precondition the battery faster in order to spend more time at its highest 270-kilowatt charging rates. In other words, even if you come in with a higher state of charge, it should take less time for the Taycan to get to its fastest charging speed so you can get back on the road with a full battery even faster.

Giek was clear that Porsche hasn’t changed its conservative approach to battery management. The Taycan isn’t using a higher percentage of its battery power to increase the car’s range or charging rates; it all comes down to updated algorithms used in charging and other software updates.

At the moment, Giek says they’re concentrating on these heat management updates for charging, but when it comes to improving system cooling for track use, he merely said the company is “thinking about the possibilities” there. That felt like a “stay tuned” if there ever was one because I’d certainly love to see more hardcore Taycan action on track. It’s the perfect vehicle for making passengers erupt in laughter from silly, brutal speed, after all.

This should be a very welcome update for a car whose screen-heavy Porsche Communication Management infotainment system was one of the biggest surprises for me when I drove it last year. I, a known fan of physical buttons, found it shockingly easy to use, but the Taycan’s user interface occasionally lagged a little. Judging by the comments on owner forums, I wasn’t the only one who encountered those issues. This update is here to make sure the Taycan’s PCM no longer feels like a 1.0 release.

Visually, the changes in the 2023 software update are pretty subtle. There are color icons now that should be easier to tap without taking too much concentration from the road, plus the revised user interface is even more configurable. Giek also confirmed that the PCM system had been optimized and stabilized to improve its startup and response times as well as to make the whole system more robust.

There’s a revised heads-up display and new integrations for Android Auto and Spotify, and the Taycan can use Android Auto and Apple CarPlay wirelessly now. The navigation system can also search online for points of interest, and will also let you filter out charging stations by power output—just in case you’re short on time and prefer to go for a fast charger.

Some Extra Hardware Just for 2023 Taycans

In addition to the big software update, Porsche also announced a couple of new available options coming specifically for brand new 2023 model year Taycans. The Variable Light Control electrochromic glass roof we loved on the Taycan GTS Sport Turismo is now available on all Taycan models that you can option with a panoramic roof. Furthermore, all Taycans will be hard-wired to accept front and rear cameras for the Porsche Dashcam system, which will be sold as an extra through Porsche Tequipment. A new polished and painted 19-inch Taycan S Aero wheel replaces the single-color Taycan Aero wheel on the options list, too.

More Over-The-Air Updates After This

Porsche reps who spoke at a media roundtable on the software package said that they intend for this to be the last big in-dealership software update for the Taycan for a while, at least. According to Giek, this update optimized many control units in the car in order to accept more over-the-air software updates in the future to put the ownership experience on par with the newer cars. Information as to when owners in the United States can get the free upgrade will come in the very near future, and owners should expect to be contacted when it’s available. Either way, it sounds like a big enough upgrade to merit spending a day getting it done.