2023 Toyota Highlander Gets the Turbo Engine It Always Needed 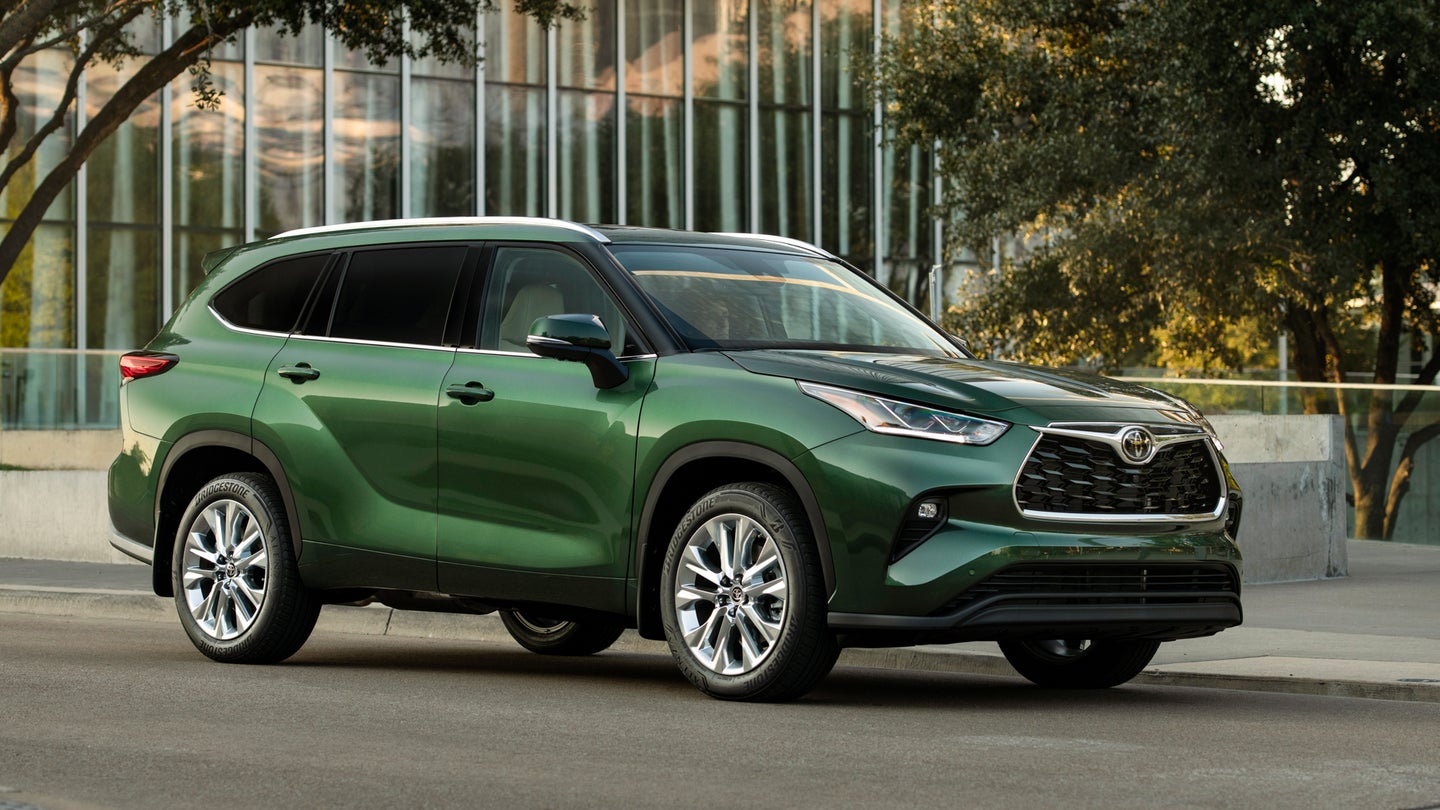 The 2023 Toyota Highlander is finally getting the engine update it’s sorely needed. Since its release in 2019, the 3.5-liter V6 has been its main source of motivation. The outgoing naturally aspirated V6 is fine in cars like the Camry but in bigger, heavier vehicles like the Highlander, it runs out of breath. The Highlander now gets a turbocharged 2.4-liter four-cylinder engine, which makes less power but—crucially for a heavy SUV—more torque.

Other changes include tech, interior, and color updates, but we’ll get to those in a minute. The important information, for now, is its engine. The new 2.4-liter turbo-four makes 265 horsepower and 310 pound-feet of torque, compared to the outgoing V6’s 295 horsepower and 263 pound-feet. That increase in torque, which will also peak at a much lower rpm thanks to its turbocharger, will help the Highlander feel punchier and more alert during everyday driving. Whereas the V6-powered car felt sluggish and underpowered until the top half of its rev range.

Despite its lower cylinder count, the new four-pot Highlander achieves the same EPA-estimated combined 25 mpg fuel economy as the V6. However, it gets a 50-percent reduction in emissions compared to the old V6. And yet it can still tow 5,000 pounds with the help of its TSC (Trailer Sway Control) and VSC (Vehicle Stability Control), which both keep any trailers attached in check.

As with the previous V6 model, the new 2.4-liter Highlander comes standard with front-wheel drive but all-wheel drive is an option on L, LE, and XLE non-Hybrid trims. However, XSE, Limited, and Platinum trim levels come with Toyota’s optional Dynamic Torque Vectoring all-wheel drive, in addition to drive-mode select and the ability to disconnect the rear driveshaft for better fuel economy.

A new engine isn’t all the new Highlander gets, though. A new 12.3-inch infotainment screen is now standard on Limited, Platinum, and Hybrid Bronze Edition trim models and is optional on XLE and XSE cars. The latter two come with an 8-inch screen as standard. However, lower-end models don’t get the upgraded infotainment screen.

There’s also a new 12.3-inch digital gauge cluster screen for Limited and Platinum models, which replaces the old 7-inch TFT screen. It comes with four visual modes: Casual, Smart, Tough, and Sporty. As for XLE and XSE models, they still use the old 7-inch gauge screen, while L and LE models get their previous 4.5-inch screen upgraded to the same 7-inch screen as the XLE and XSE.

As for the Highlander Hybrid, the powertrain remains unchanged for 2023. It still gets a 2.5-liter four-cylinder engine with a pair of electric motors; one paired to the engine and another powering the rear axle, to make it all-wheel drive. Total system output is 243 horsepower and it gets an EPA-estimated combined 36 mpg.

Visually, there’s the new Cypress Green color and the XSE rides on 20-inch black wheels. Aside from that, though, the Highlander is visually pretty much the same.

The post 2023 Toyota Highlander Gets the Turbo Engine It Always Needed appeared first on The Drive.