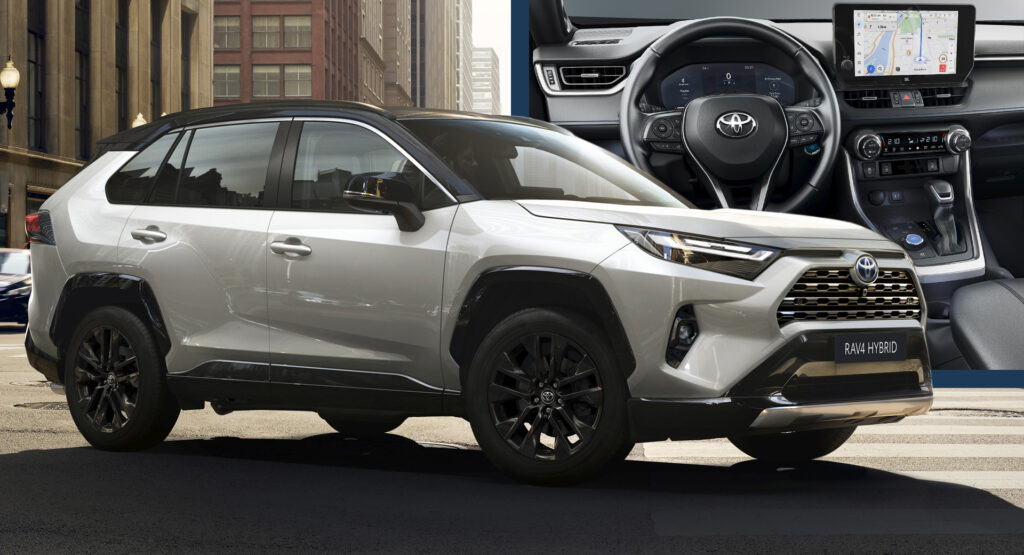 Toyota announced a series of upgrades for the RAV4 in Europe. The fifth generation of the SUV which was originally introduced in 2018 and received a mild facelift in 2021 now benefits from the addition of a 12.3-inch digital instrument cluster, a 10.5-inch infotainment touchscreen, and a slightly updated Toyota Safety Sense suite for the 2023 model year.

The RAV4 gains the new 10.5-inch high-definition touchscreen that was already introduced in other Toyota models including the Corolla and the Corolla Cross. 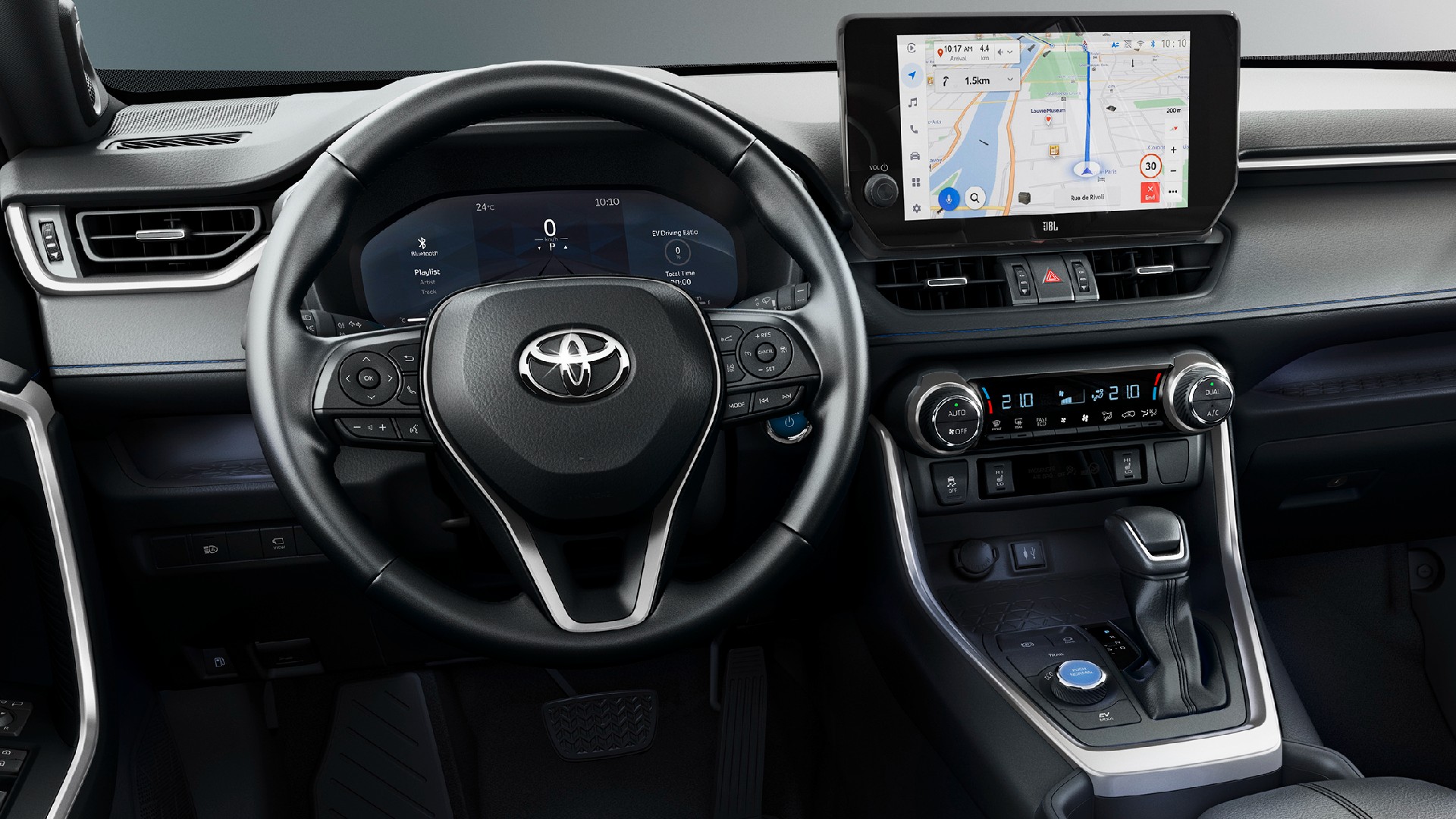 The new infotainment comes standard with Android Auto and Apple CarPlay compatibility, it gets cloud-based navigation with live data for the traffic and the availability of parking near your destination, plus a new onboard voice agent. Optionally, the system can offer more functions like navigation without a data connection, highway sign recognition, weather alerts, and low emission zone alerts.

The RAV4 also gets more in line with the competition thanks to the addition of a new, larger, and more configurable digital instrument cluster. The 12.3-inch unit is standard equipment in all grades besides the entry-level trim that gets a smaller 7-inch version. The screen has four modes (Casual, Smart, Sport and Tough) and three layouts, allowing the driver to personalize the appearance of the digital dials according to their preferences.

Setting aside the more modern digital cockpit, the RAV4 also features a mildly updated Toyota Safety Sense suite. The Pre-Collision System now has intersection support for safer turns at junctions, while in the Plug-in Hybrid the system can detect oncoming vehicles in the SUV’s traffic lane. Also, Toyota added the Emergency Steering Assist which can avoid pedestrians, with the Plug-in Hybrid featuring extra bicycle and parked vehicle recognition.

The popular SUV didn’t get any major styling updates following the mild facelift in September 2021 with updated LED headlights and new alloy wheels. The only change for the 2023 model year is the addition of the Platinum White Pearl exterior shade in the entire Plug-in Hybrid and Hybrid range (except the Adventure trim), alongside the bi-tone option with a Midnight Black Metallic roof.

The 2023 Toyota RAV4 will go into production in the third quarter of 2022. The automaker didn’t announce pricing for the updated model but we expect it to closely mirror the current Euro range.