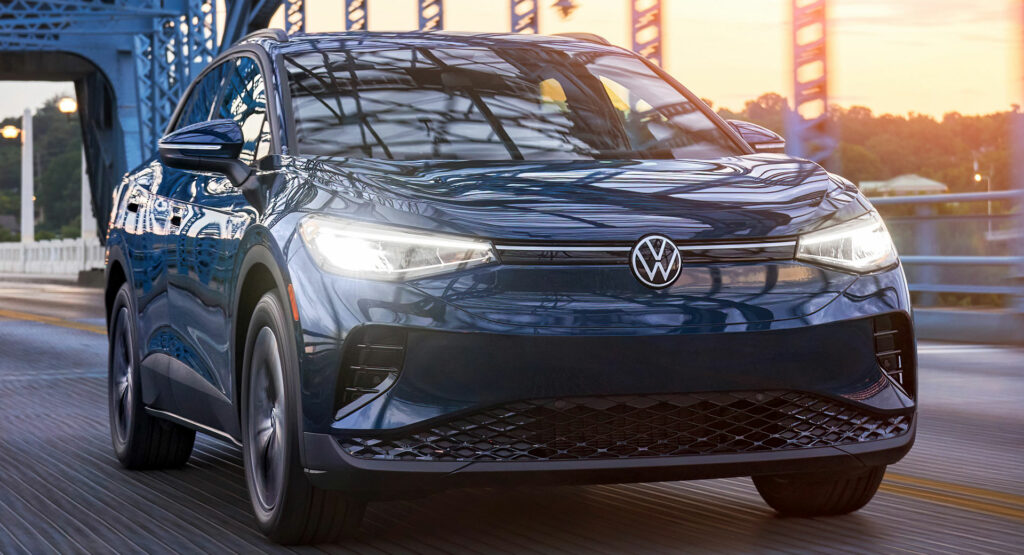 Volkswagen has introduced the 2023 ID.4, which is now assembled in the United States and features a host of changes.

The biggest update is the addition of a new entry-level variant known as the ID.4 Standard. It features a 201 hp (150 kW / 204 PS) rear-mounted electric motor and a smaller 62 kWh battery pack, which is slated to give the crossover a range of approximately 208 miles (335 km).

While that’s a bit short, the ID.4 Standard starts at $37,495 before factoring in a $1,295 destination fee and a $7,500 federal tax credit. This effectively lowers the price to $31,290 and this makes the model far more affordable than rivals such as the Ford Mustang Mach-E.

Also Read: VW Kicks Off Production Of The ID.4 In Chattanooga, Its First American-Built EV 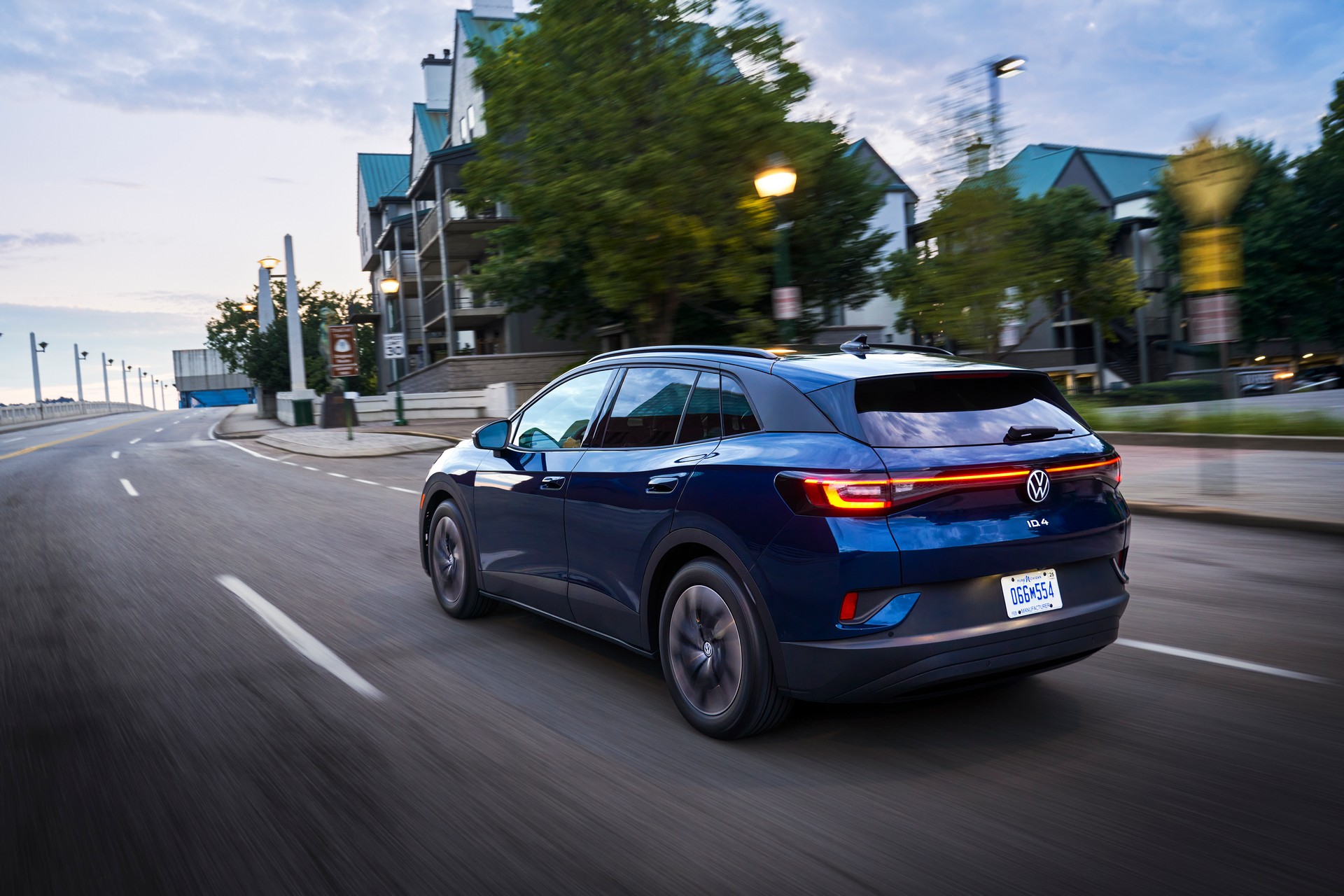 The equipment list doesn’t end there as the ID.4 Standard has an assortment of driver assistance systems including Front Assist with pedestrian and cyclist detection, Side Assist, Park Distance Control, and High Beam Control. They’re joined by Adaptive Cruise Control with Stop and Go, Lane Keeping Assist, Travel Assist 2.0, and Traffic Sign Recognition. 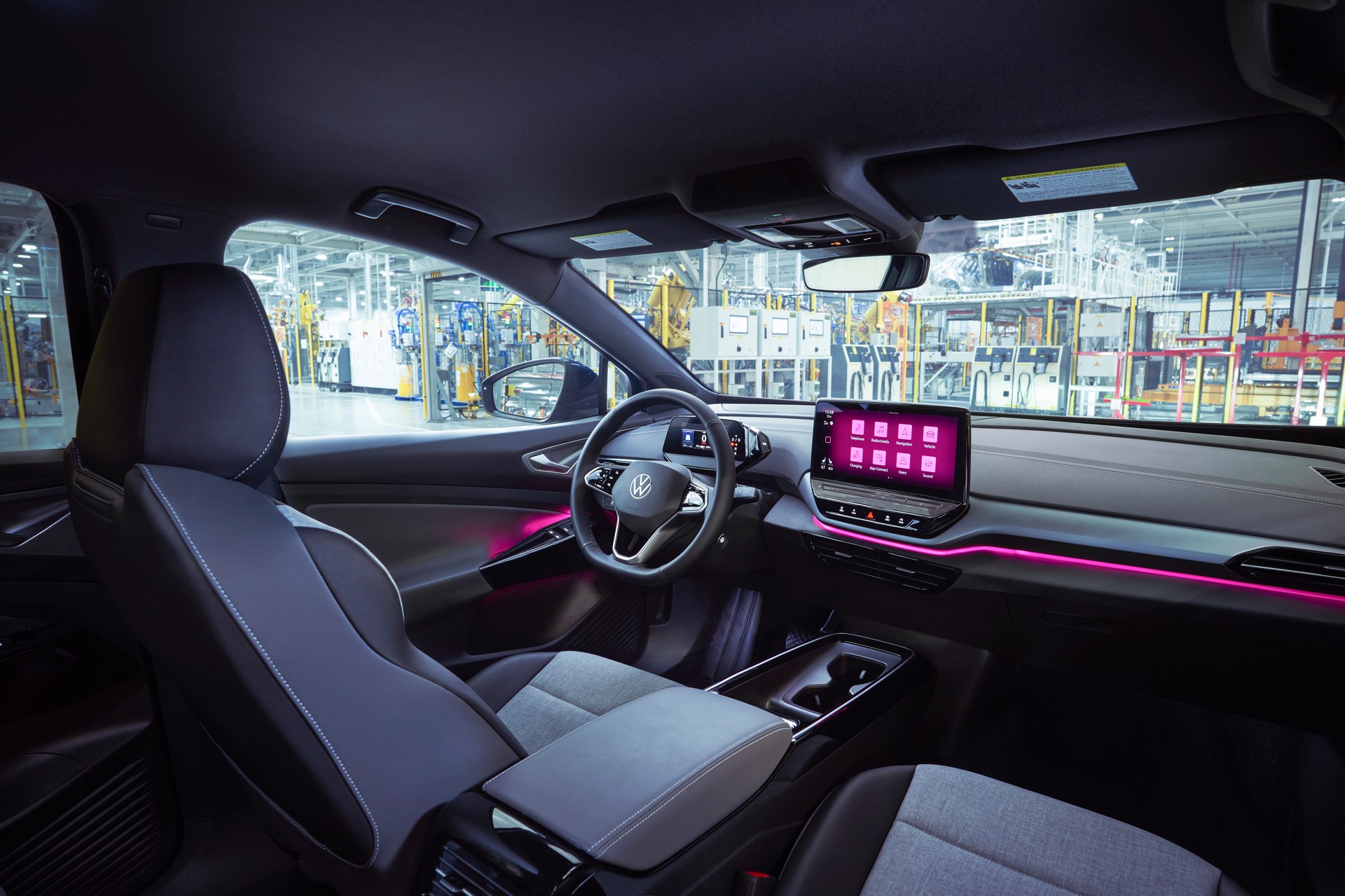 Besides the new entry-level variant, the 2023 ID.4 “sees subtle but purposeful styling upgrades.” Among the changes are gloss black accents on the front bumper, updated wheels, and an illuminated lightline and front VW emblem. Speaking of the latter, the S variants also gain an illuminated rear VW logo.

Inside, there’s an improved center console as well as a newly standard 12-inch infotainment system, which replaces the previous 10-inch display. S variants also have two new curated leatherette interiors, while heated rear seats are now available on the S Plus trim.

The driver assistance systems have been updated for 2023 as the crossover now features cyclist detection as well as Park Assist Plus with Memory Parking. Travel Assist has also been enhanced with a new driver-initiated lane change function.