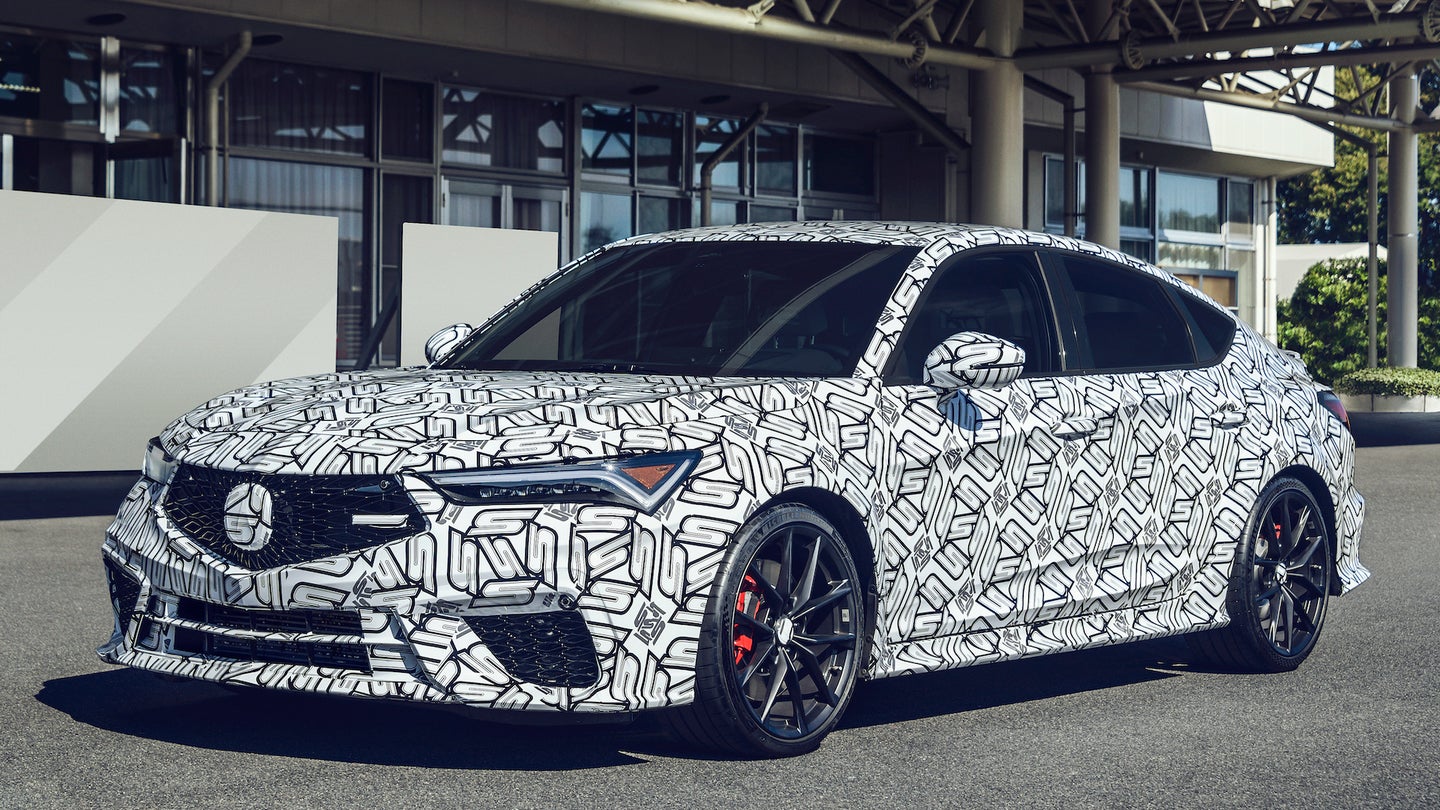 A 2024 Acura Integra Type S will arrive in the summer of 2023, a press release from the automaker confirmed Monday morning. The high-performance four-door will be propelled by the same drivetrain used in the 2023 Civic Type R, meaning a 2.0-liter turbocharged four-cylinder engine paired with a six-speed manual and limited-slip differential. But while the Honda produces 315 horsepower, Acura did not divulge a specific figure—instead saying the Integra Type S will have “over 300 horsepower.”

The newest member of the Type S family aims to mimic the dynamics of the wildest Civic yet, while offering a more luxurious and, perhaps, grown-up approach. Something like a Type R with a suit and tie.

Not much else was shared, but if you wanna know more, we actually got to drive an Integra Type S prototype back in October at Honda’s Proving Grounds in Tochigi, Japan. You can read about it here.

“I cranked things up a bit heading into the banking next time around, carrying more speed into the turn and letting the car naturally ride up into the top lane—the wall lane. I asked my amigo sitting next to me if this was okay with him as I gently careened to the right. He simply said: “You’ve driven in ovals before.” To be fair, I’m not sure if he meant that as a compliment or a question given that there was a slight language barrier, but I never heard him say “no.”

I pushed up into the top lane and gave it a bit more gas to get the car into a groove. The Integra was hugging the wall and cruisin’ like a sled on a bobsleighing track. My eyes were fixated on the road ahead and not the speedo, but a quick glance showed 114 on the readout—just a bit over the rules I had agreed to. I have no doubt the Integra could ride that top lane all day long at 126 or even 145 mph. Sadly, again, that was not for me to find out.” —Jerry Perez, Managing Editor

According to Acura, pricing and other details will be released closer to launch.

The post 2024 Acura Integra Type S With ‘Over 300 HP’ Arriving Next Year appeared first on The Drive.