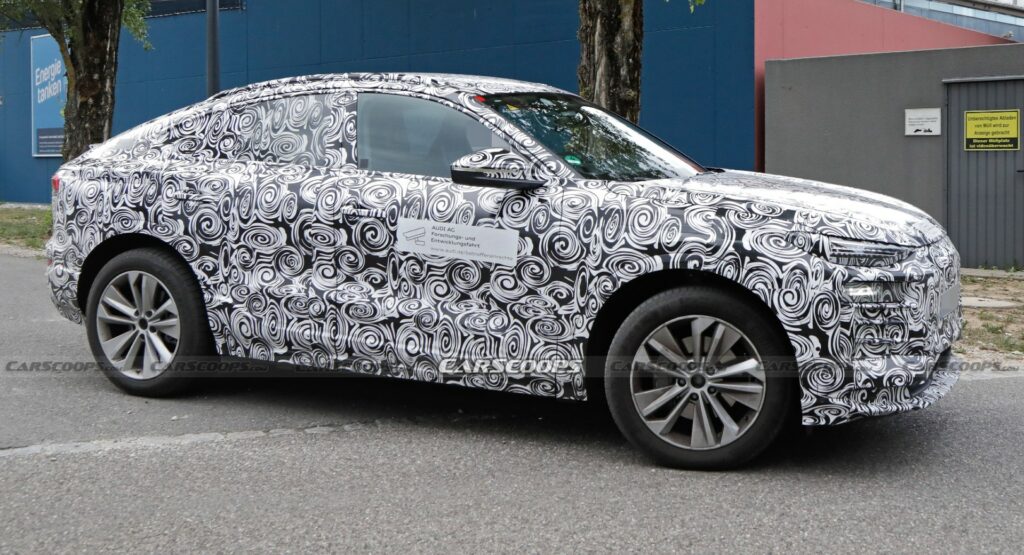 The Audi Q6 e-tron has been spied numerous of times since early last year, however this is the first time our spy photographers spotted it with a sleeker Sportback bodystyle, looking ready to enter the fully electric coupe-SUV market.

The prototype was spotted testing in Germany, showing a few design differences with the regular Q6 e-tron. Predictably, the front end with its split headlight design and the entirety of body panels up to the B-pillar look identical to the non-Sportback model, with the tail being redesigned. 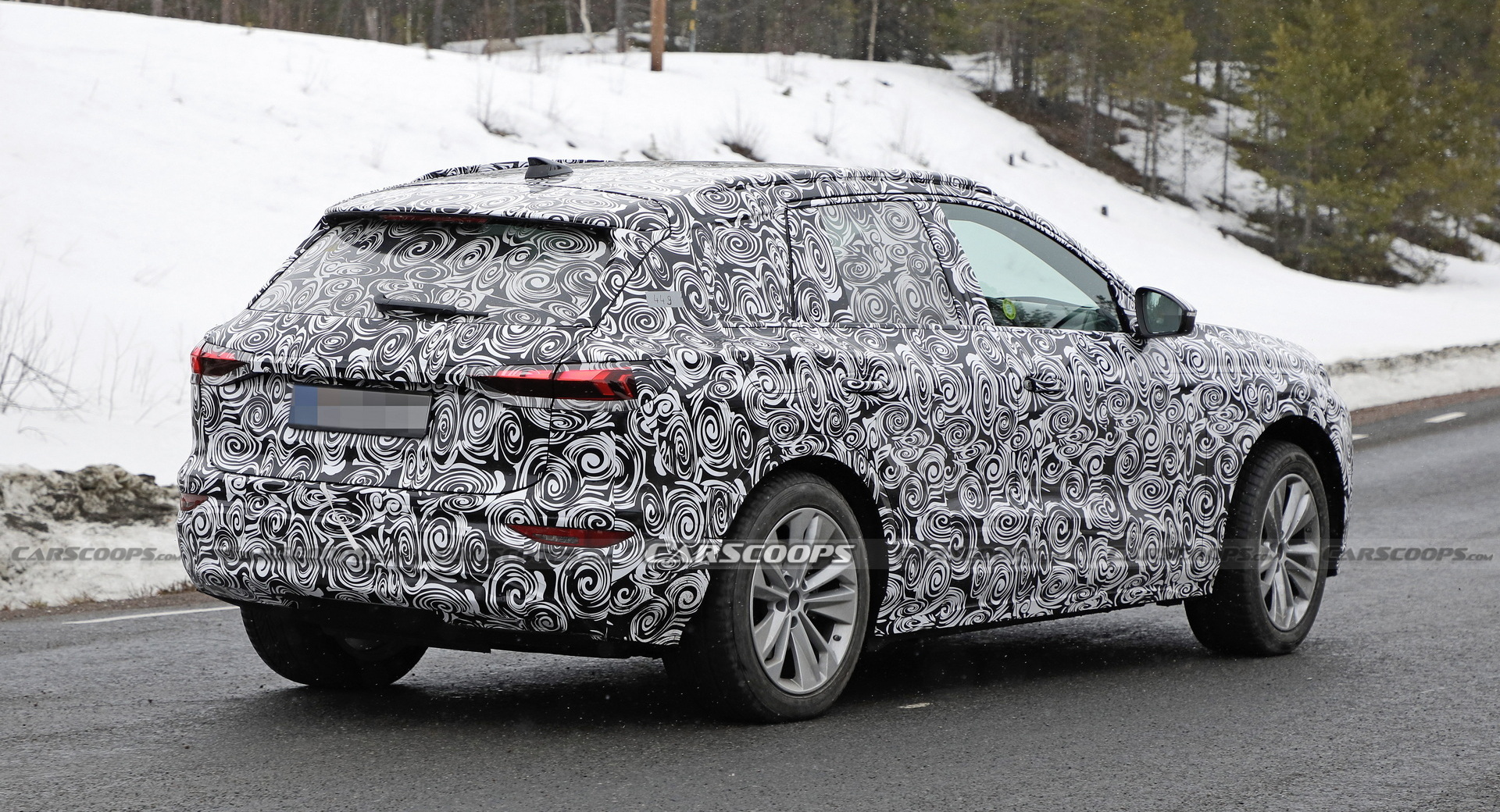 The heavily inclined roofline leads to a larger rear windscreen that comes without a wiper, and an integrated ducktail spoiler on its base which also houses the third brake light. The upcoming electric SUV retains the toned-up rear shoulders while the full-LED taillights appear to be slightly different, as with the tailgate, but the rear bumper could be shared between the sibling SUVs.

The interior will be carried over from the Q6 e-tron, even though the rear passengers will most likely have less headroom to spare due to the lower roof line. Similar compromises will occur on the cargo space area, although the overall rating might be the same since automakers measure the boot space up to the foldable cover. Still, coupe-SUV buyers are eager to lose a little bit of practicality in favor of style. The Q6 e-tron Sportback will be the fifth coupe-SUV from Audi, following the Q3, Q5, Q4 e-tron, and the e-tron flagship. 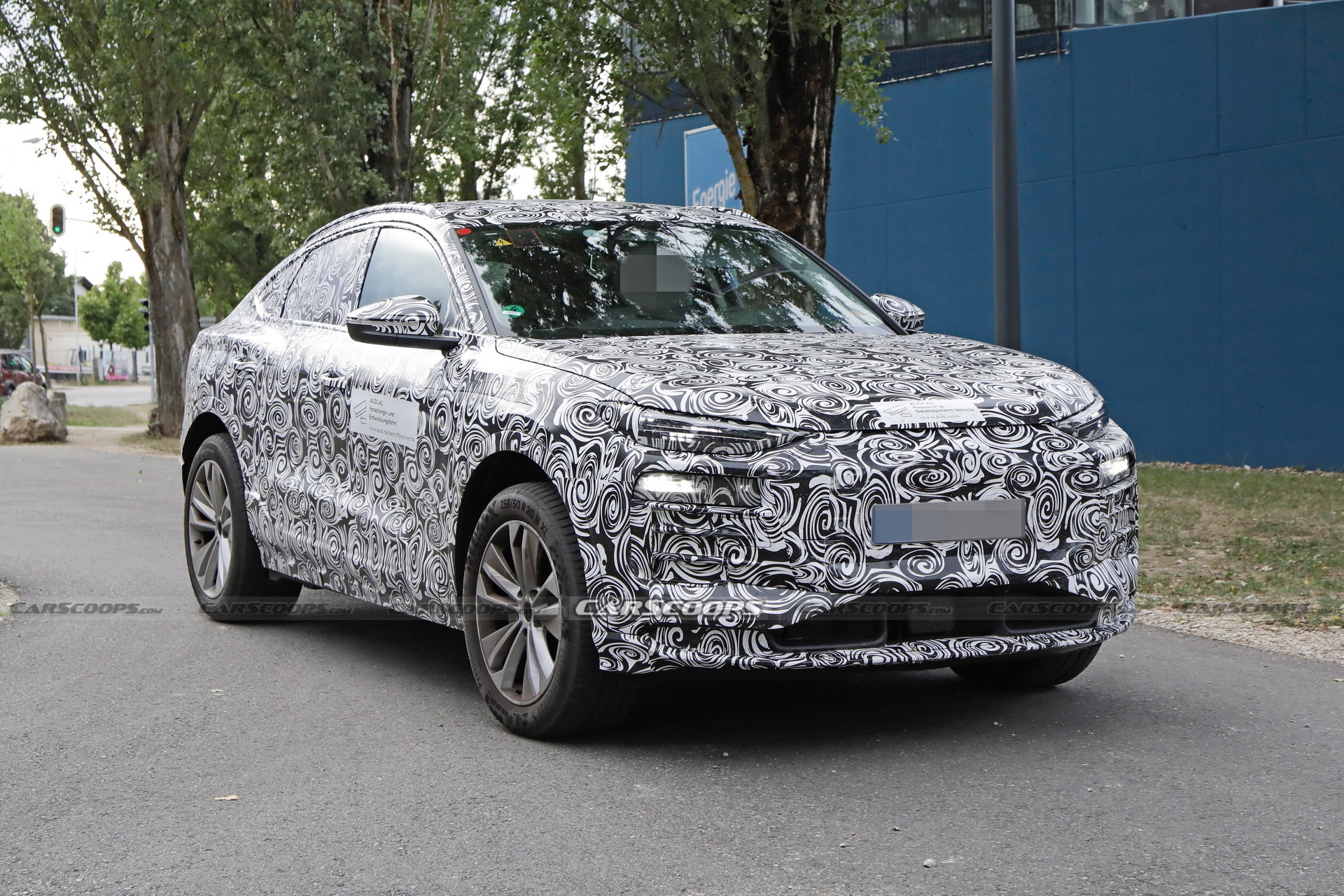 Both the Q6 e-tron and the Q6 e-tron Spotrback will sit on the PPE architecture. The same platform will be used by the upcoming Porsche Macan EV, and the low-slung Audi A6 e-tron. The latter made as much as 470 hp (350 kW / 476 PS) and 800 Nm (590 lb-ft) of torque in concept form, thanks to dual-electric motors, with a 100 kWh battery offering a 700 km (435 mile) WLTP range. The taller and less aerodynamic Audi Q6 e-tron is expected to feature a slightly shorter range. In the future, we also expect an RS-badged variant coming with a sportier bodykit, larger-diameter wheels, a more aggressive chassis setup, and a more powerful electric powertrain getting closer to 600 hp.

The Audi Q6 e-tron and Q6 e-tron Sportback will compete with the next Mercedes-Benz EQC which could also come in coupe-SUV flavor, and the BMW iX3 before the all-new generation comes into play. Higher-end variants will rival the mechanically-related Porsche Macan and the Maserati Grecale Folgore.

The Audi Q6 e-tron Sportback is expected to debut in mid-2023, six months after the debut of the regular Q6 e-tron which will likely arrive before the end of 2022.