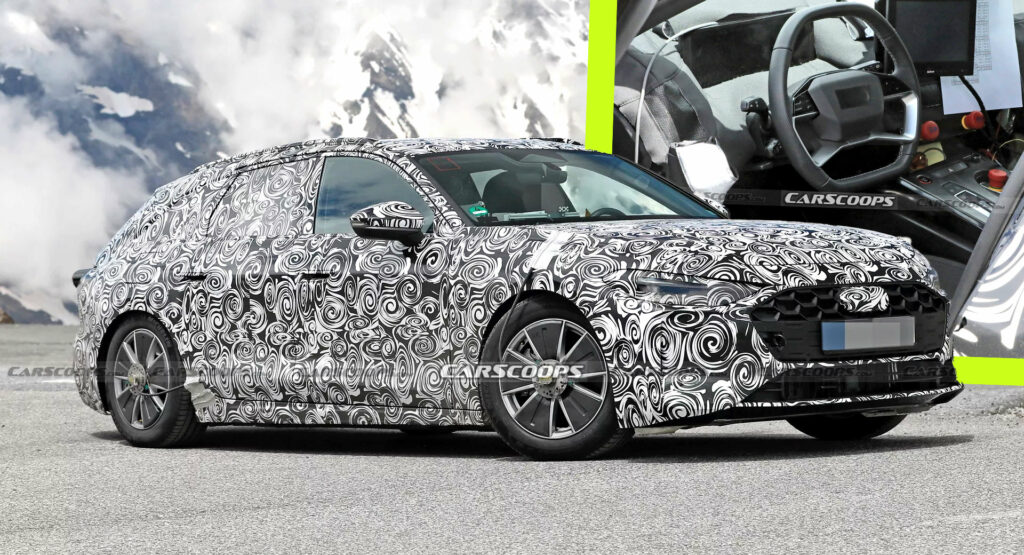 The 2024 S4 Avant has been caught testing for the first time and Audi apparently wasn’t ready for us to see it. During a spirited drive downhill, the car ended up overheating the front brakes explaining the columns of smoke you can see in the picture below.

Although that doesn’t bode especially well for a supposed performance model, we suppose that’s what testing is for. Really, our photographers should get a stipend for helping Audi’s engineers find an issue.

Read Also: 2024 Audi A4 Avant: Design, Powertrains And Everything Else We Know 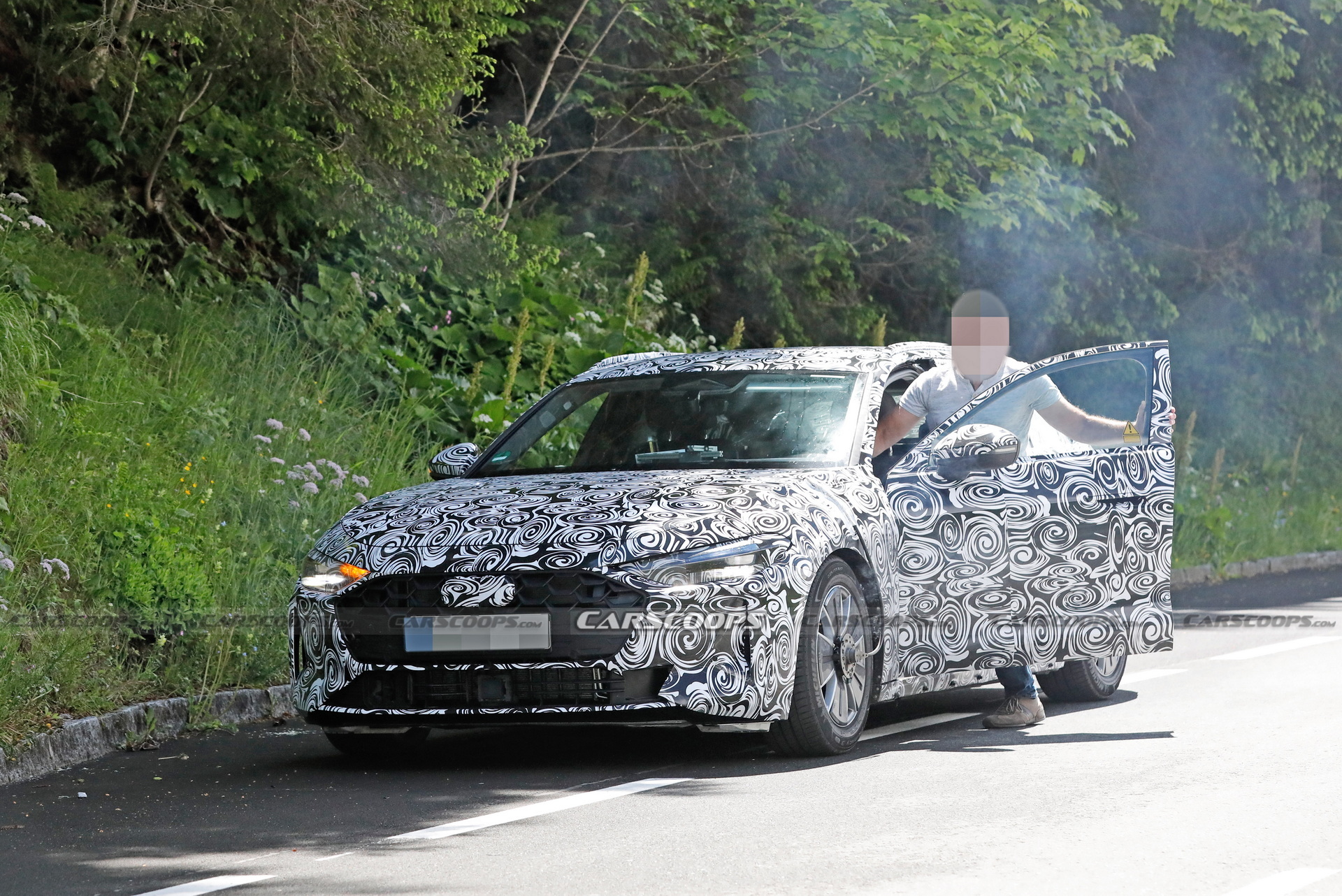 The result of the excitement, though, is that we also get shots of the S4‘s interior and its engine. The latter looks about like what you’d expect (an engine cover and some hoses) but the interior shots do offer some insights from the not-quite circular steering wheel, to the touch capacitive buttons on its spokes and, interestingly, to the driver’s left.

It seems that the window controls and locking buttons (at the very least) will be switched over to the flat pads that seem to be all the rage these days. The number of fingerprints already on them goes some way to explaining why some buyers may object to the choice. 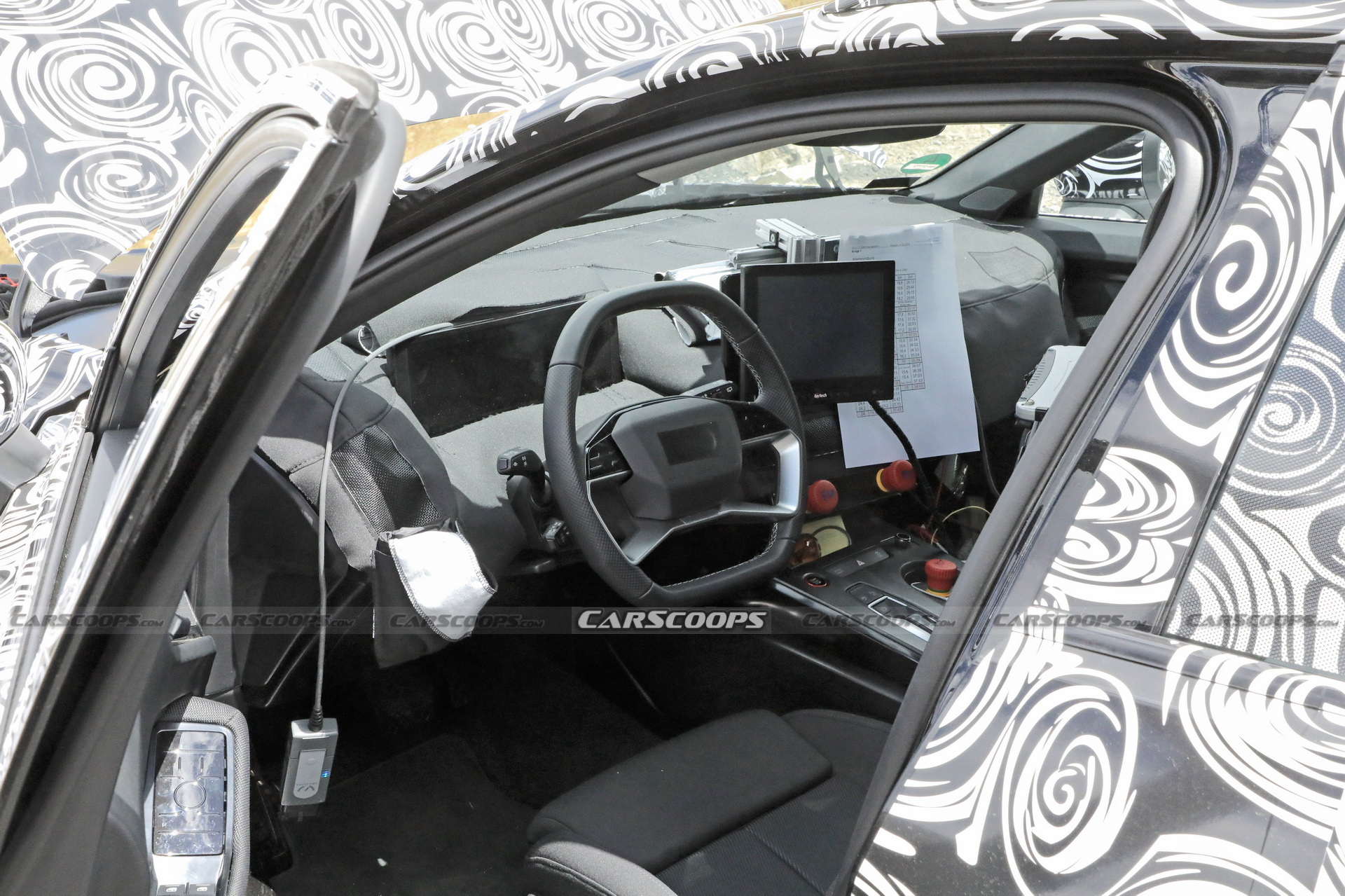 Outside, meanwhile, the new S4 looks a lot like the A4 Avant, which is only natural, especially with this amount of camouflage. One clear difference, though, is at the back. This model features double tailpipes at either side of its rear end, which is the biggest hint that this is the higher-performance S4. 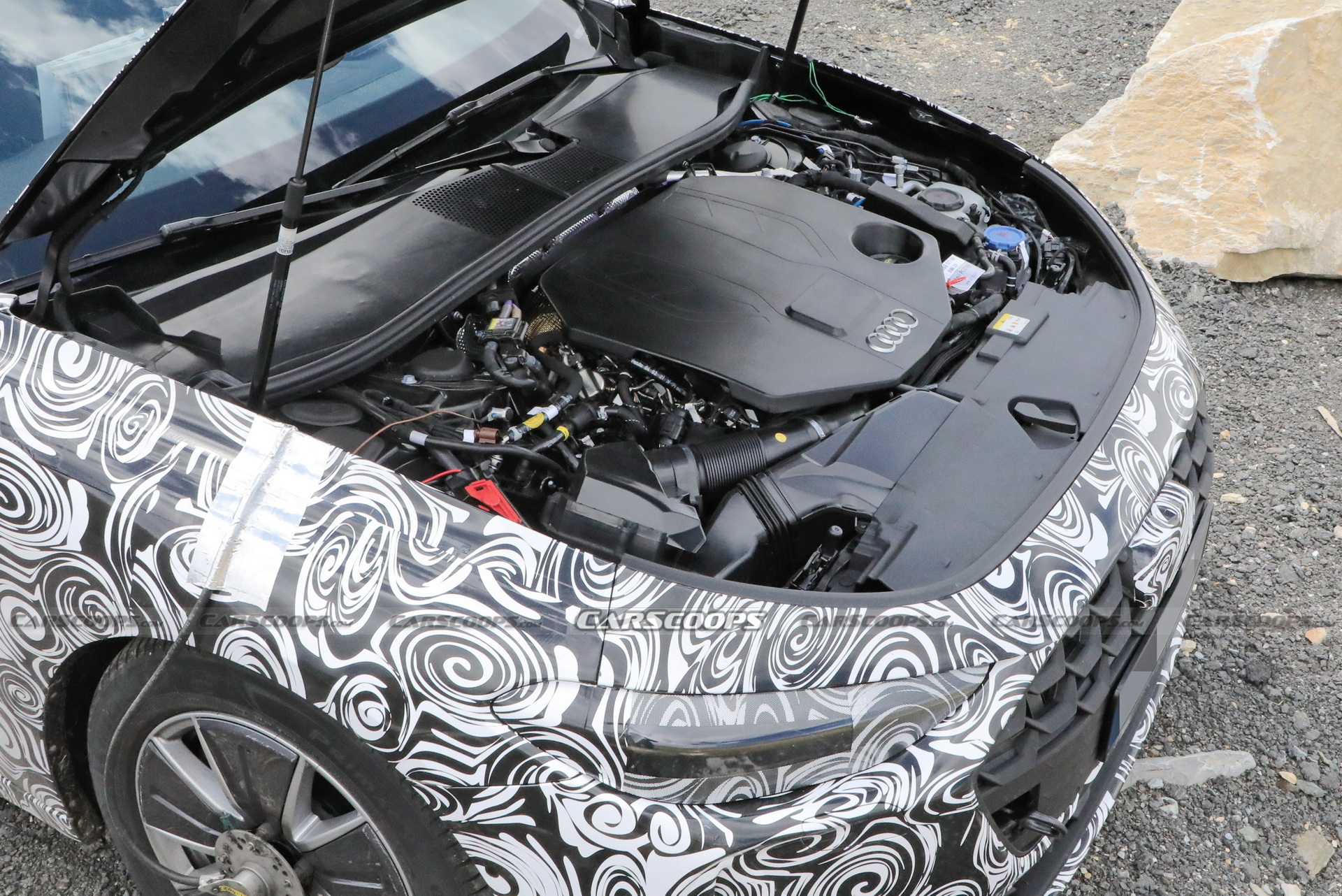 This specific S4 Avant prototype is powered by a V6, as evidenced by the engine bay photos (notice the three trapezoid-shaped indentations on either side of the engine cover), with the positioning of the air-intake hose suggesting this is the TFSI. This means that, in all likelihood (and unlike Mercedes-AMG’s four-cylinder C-Class), the V6 engines will be carried over to the new generation, possibly improved with a mild-hybrid system.

We expect Audi to unveil the new A4 and S4 later this year or in early 2023. In Europe, customers are likely to be able to buy it as a 2023 model but Americans will likely have to wait until the 2024 model year before it becomes available, likely only as a sedan.