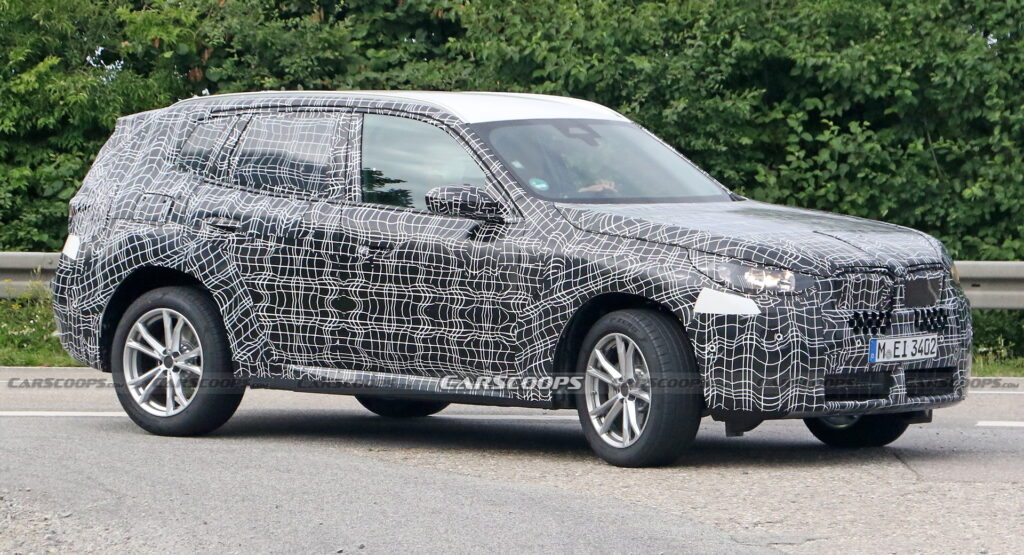 Ast five years old, the current BMW X3 is just about due for a new generation. And after recently making its spy shot debut, our spy photographers were once again able to capture this next-gen X3 testing out on the streets of Munich.

The car’s body is still heavily camouflaged, but there are still a few details we can pick out, specifically at the front. The overall design seems to be similar to the recently-revealed X1, with taller, interconnected kidney grilles and pointier headlights. The wheel arches have also gotten boxier, and we wouldn’t be surprised if this new model adopted the sharper body lines of many new BMWs. 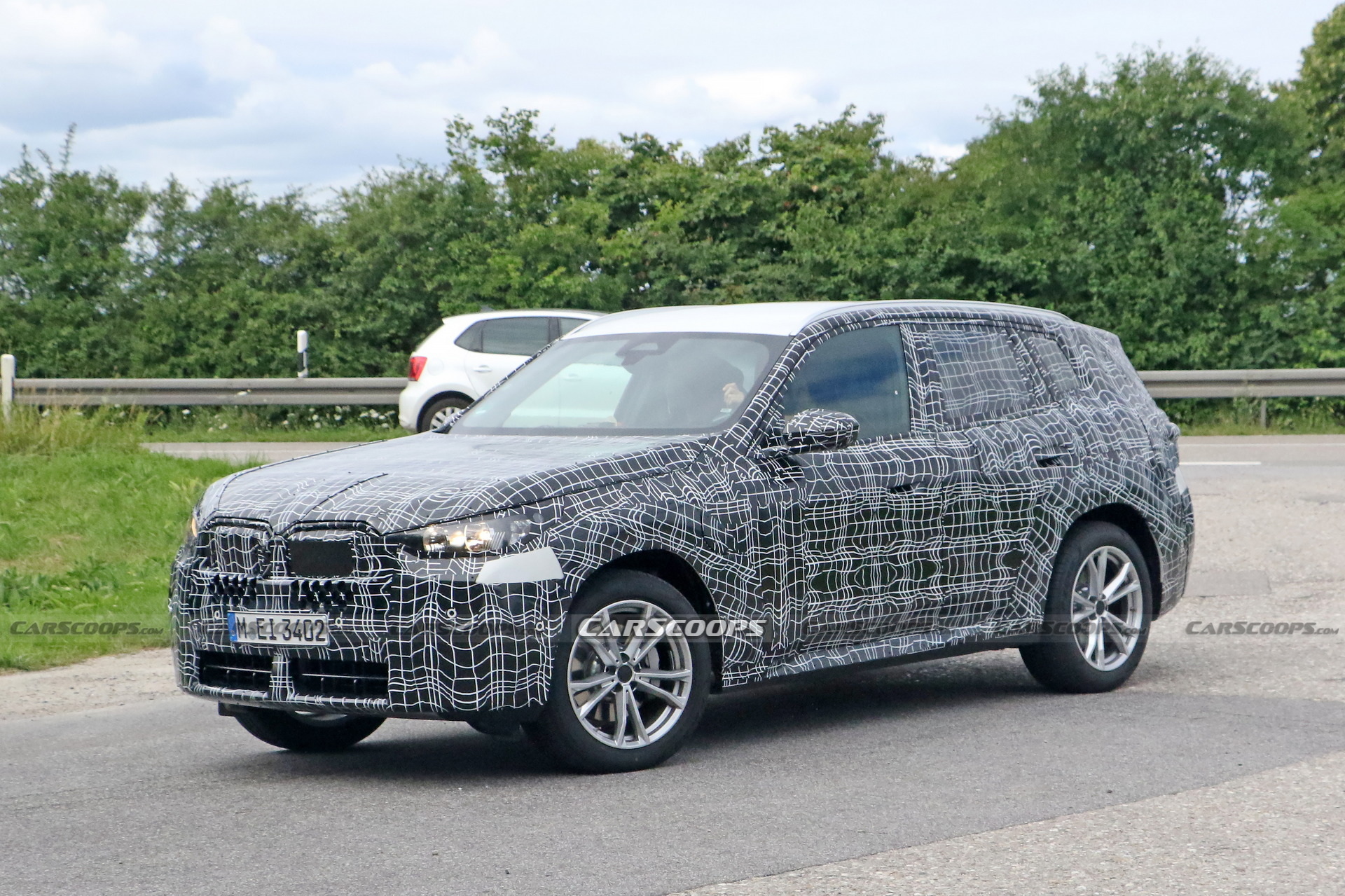 The window line also seems to borrow some cues from the upcoming XM flagship SUV in the form of a chamfer that runs from the rearmost point of the window and continues as a ledge above the vehicle’s shoulder line all the way to the front. Additionally, more pronounced fenders can be seen peeking through the camouflage, another feature shared with the XM.

Out back, there’s really nothing to see other than a large U-shaped indentation in the bumper underneath the tailgate. If we had to guess, we’d imagine the finished product will look similar to the X1 with sharp, angular taillights and clean, strong character lines defining the bumper and hatch area.

Related: BMW X3 Gets Through The Moose Test But It Wasn’t Pretty 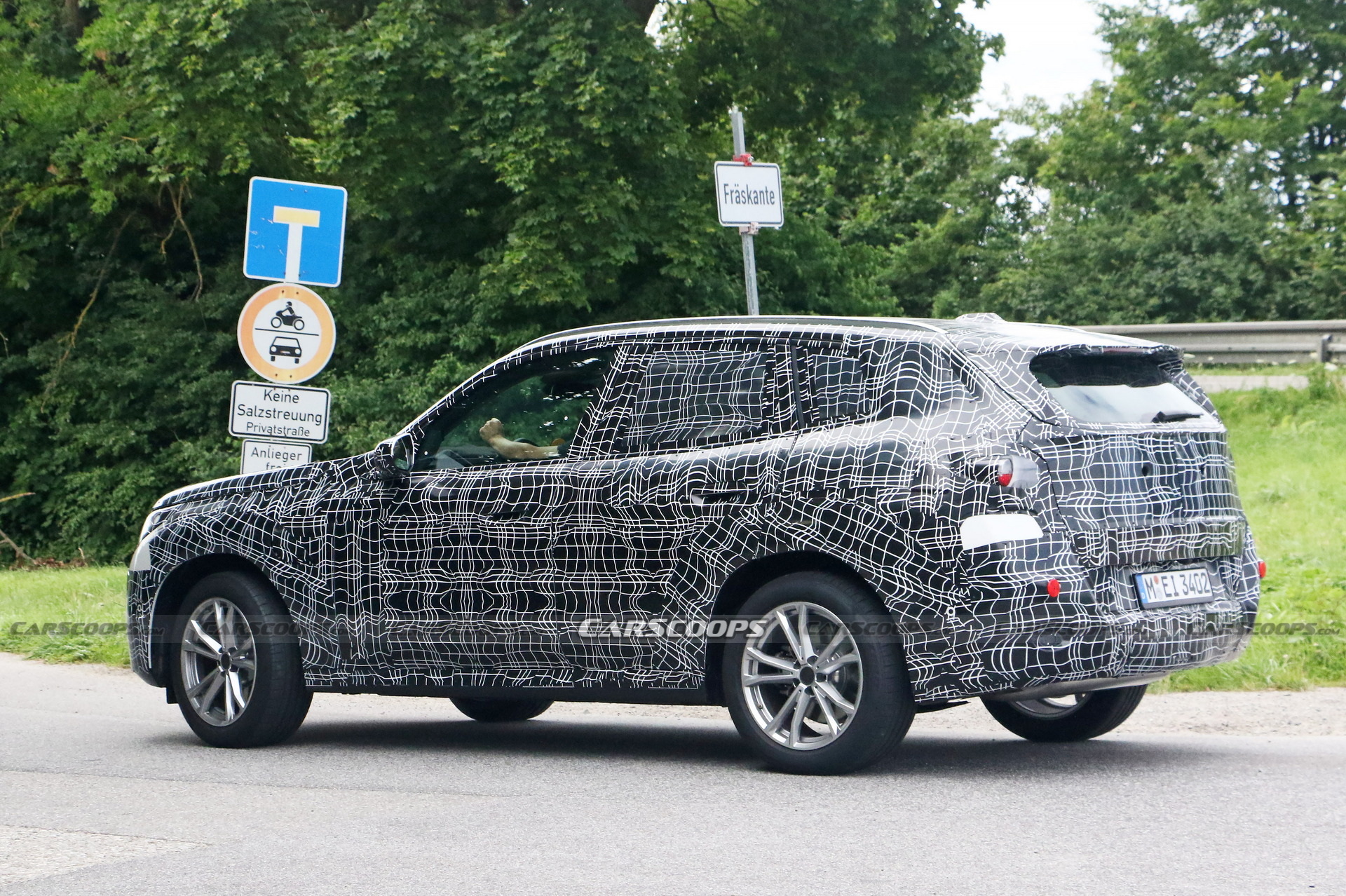 As far as powertrain options for the next X3 are concerned, nothing is currently known, however, we expect it to be offered in ICE, plug-in hybrid, and fully electric variants. It’s also suspected that when it arrives, likely no earlier than 2024, this model will be the last X3 to offer gas engines as an option. The model range will eventually include M Performance and full M models, as well as its X4 coupe sibling.