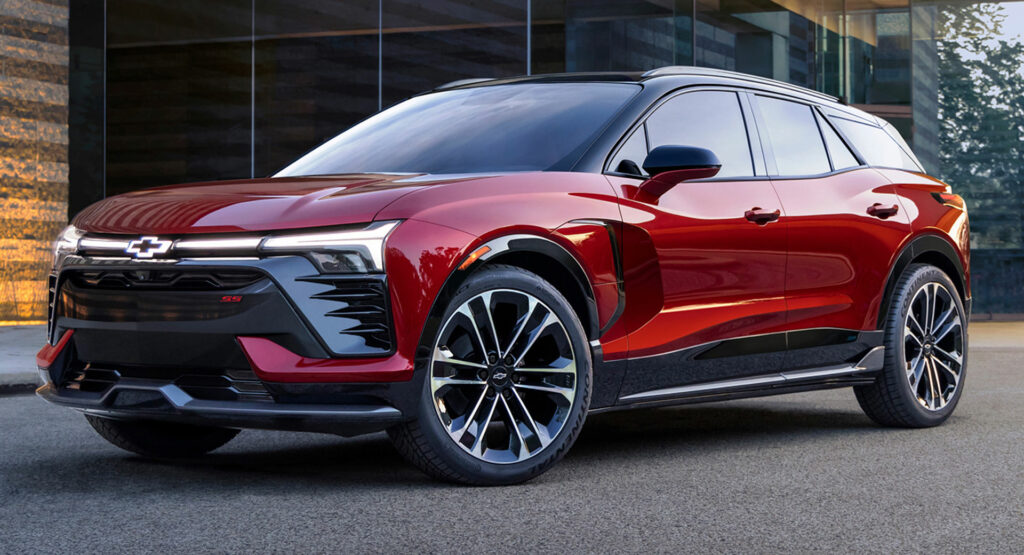 Chevrolet’s electric revolution is coming into greater focus as the company has unveiled the 2024 Blazer EV, ahead of its official debut on July 18th.

Looking nothing like the ICE-powered model, the performance-oriented SS variant has a sporty front fascia with an illuminated bowtie. They’re joined by a pronounced black ‘bar’, which is flanked by what appears to be fully enclosed intakes.

Moving further back, we can see gloss black cladding and flowing bodywork. Of note is the recessed front fender charging port, which has already been seen in previous teasers. 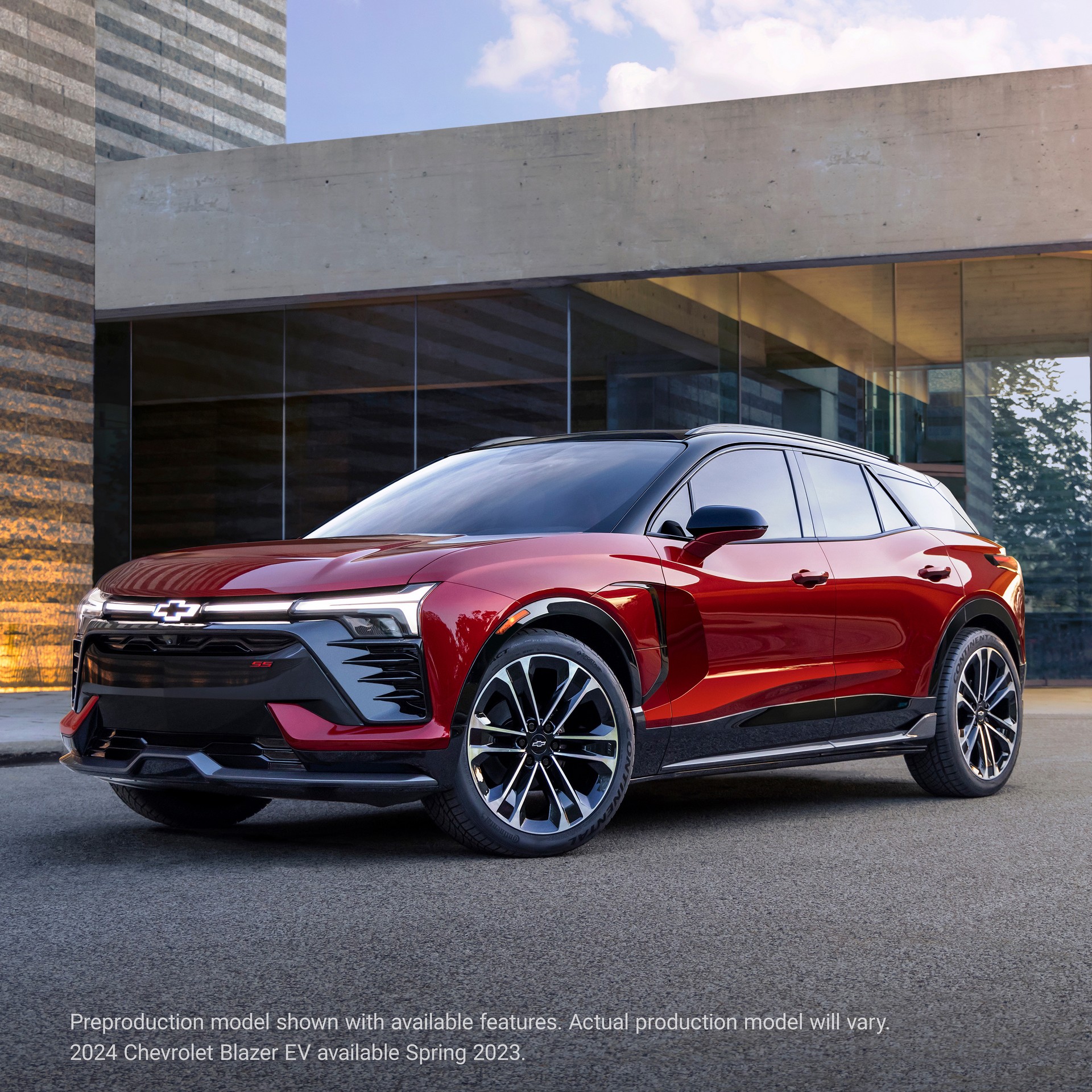 Other notable highlights include a rakish windscreen that flows into a gently sloping roof. The model also has aerodynamic side skirts, two-tone alloy wheels, and a flowing beltline that recalls the Volkswagen ID.4.

While Chevrolet didn’t show the rear end or release interior pictures, previous spy photos have shown the model will have a short rear window and slender taillights. Inside, we can expect a high-tech interior with a digital instrument cluster and a sizable infotainment system.

Chevrolet will release additional information next month, but they stated the model was “developed from the ground up” and will offer a “groundbreaking mix of style, performance and technology.” That isn’t much to go on, but the Blazer EV will ride on the Ultium platform and presumably have some similarities with the Cadillac Lyriq.

While that remains to be seen, the electric luxury crossover has a 100 kWh battery pack that powers a rear-mounted electric motor developing 340 hp (254 kW / 345 PS) and 325 lb-ft (440 Nm) of torque. This setup gives the Lyriq an EPA-estimated range of 312 miles (502 km) on a single charge. An all-wheel drive Lyriq will follow early next year with a dual-motor powertrain that develops a combined output of approximately 500 hp (373 kW / 507 PS).

There’s no word on pricing at this point, but the Blazer EV is slated to be launched in the spring of 2023. 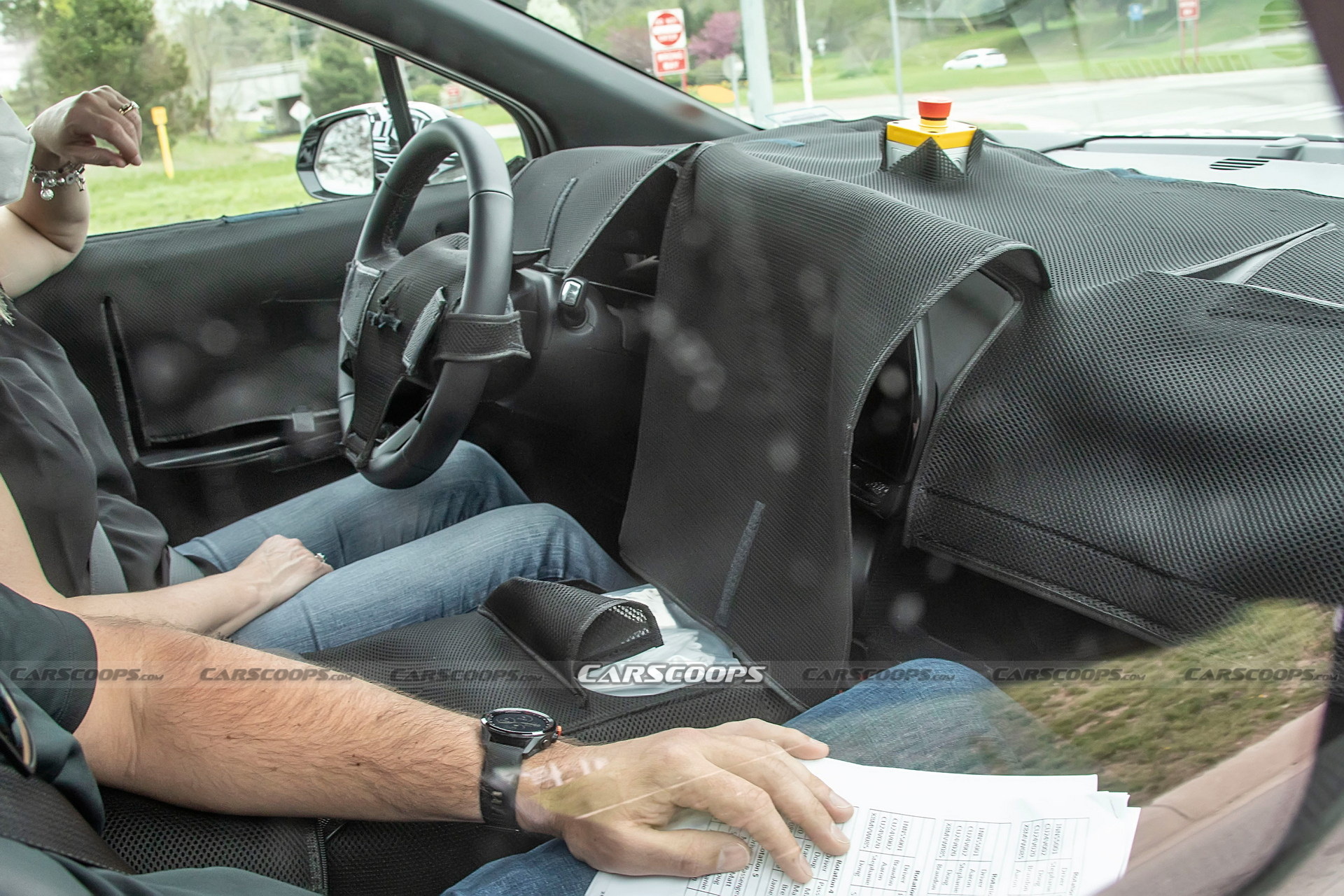