2024 Ford Mustang EcoBoost Will Not Have a Manual Transmission 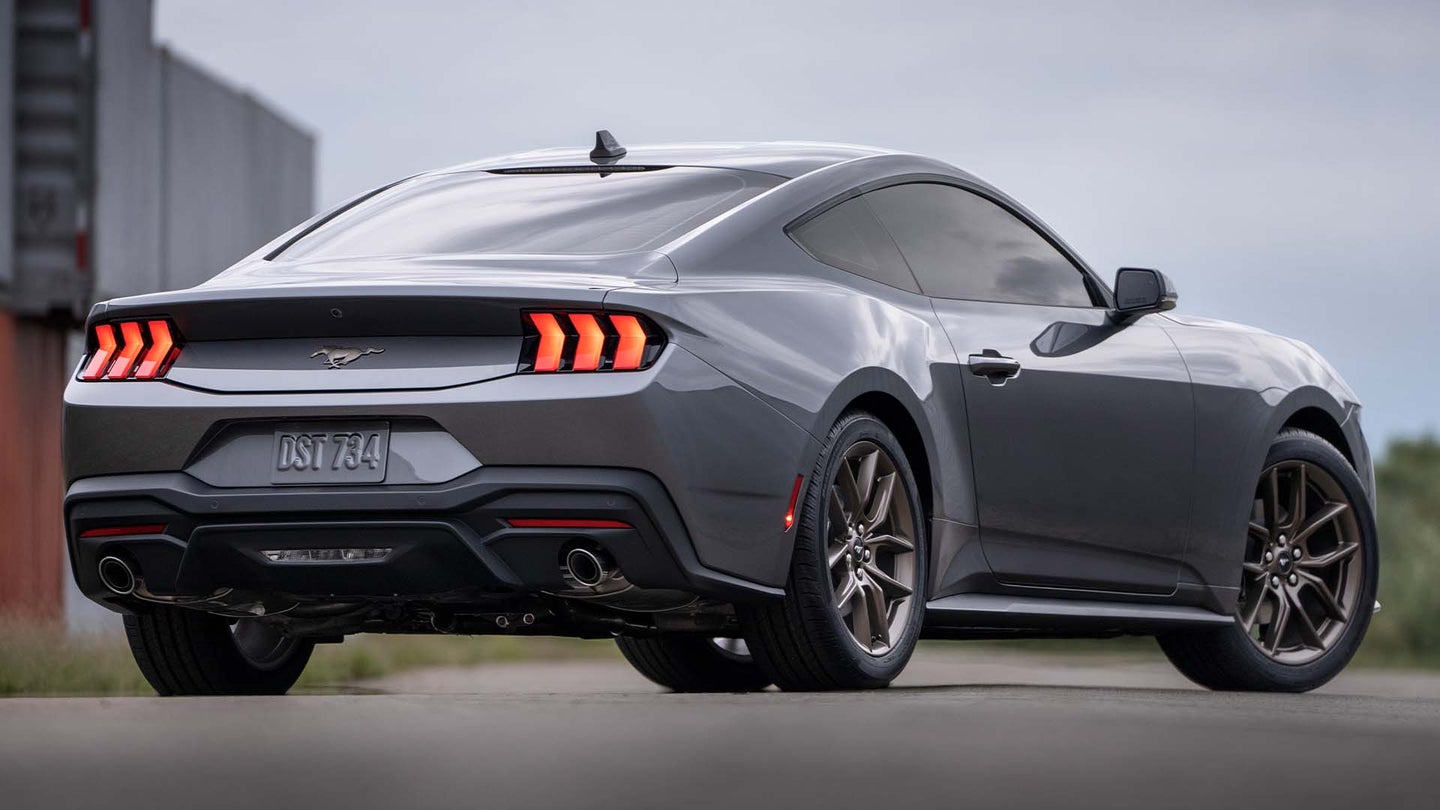 The 2024 Ford Mustang has finally been revealed, and while its competitors are staring down the barrel of electrification, the seventh-generation pony car will still feature internal combustion. It’ll even keep the manual transmission, but in order to get it, you’ll need to pay for the V8 Mustang GT. That’s because Ford is ditching the stick-shift in its entry-level four-cylinder models.

A Ford spokesperson confirmed this news to The Drive on Thursday. That means buyers who choose Ford’s 2.3-liter EcoBoost will be limited to the 10-speed automatic only.

“If customers want a manual, we have it available with the GT and its new Gen IV 5.0-liter Coyote V8,” the Ford spokesperson told me. Another representative elaborated, “Mustang EcoBoost customers will still be able to use available paddle shifters to manually shift the EcoBoost’s 10-speed transmission.”

Presently, the six-speed manual is standard on both the EcoBoost and V8-equipped S650 Mustang. Buyers who opt for the 10-speed automatic pay a $1,595 upgrade fee, regardless of engine choice. This time around, however, EcoBoost buyers won’t be given a choice to “upgrade” their gearbox.

As you might imagine, the reason for the change comes down to take rate. Simply put, the vast majority of EcoBoost buyers sprung for the automatic transmission in the sixth-gen Mustang, which led Ford to cut the manual in four-cylinder examples.

“In the current Mustang, approximately 10 percent of EcoBoost customers opt for a manual transmission compared to approximately 40 percent for the 5.0-liter V8,” Ford told The Drive.

A manual take rate of just 10 percent on an enthusiast-focused car is extremely low. For comparison, less than 20 percent of C7 Chevy Corvette buyers opted for the manual, which undoubtedly played a part in General Motors deciding to make the C8 auto only.

But unlike the C8’s need for an all-new transmission, the Mustang already has a recently revised manual gearbox—the Getrag-sourced MT82-D4 six-speed—that Ford could carry forward from the S550. It’s not immediately clear if the gearbox will indeed be used in the new S650, but if it is, the decision to decouple the manual transmission from the EcoBoost solely for take rate might upset a few more folks than if there were a technical explainer behind it.

The post 2024 Ford Mustang EcoBoost Will Not Have a Manual Transmission appeared first on The Drive.