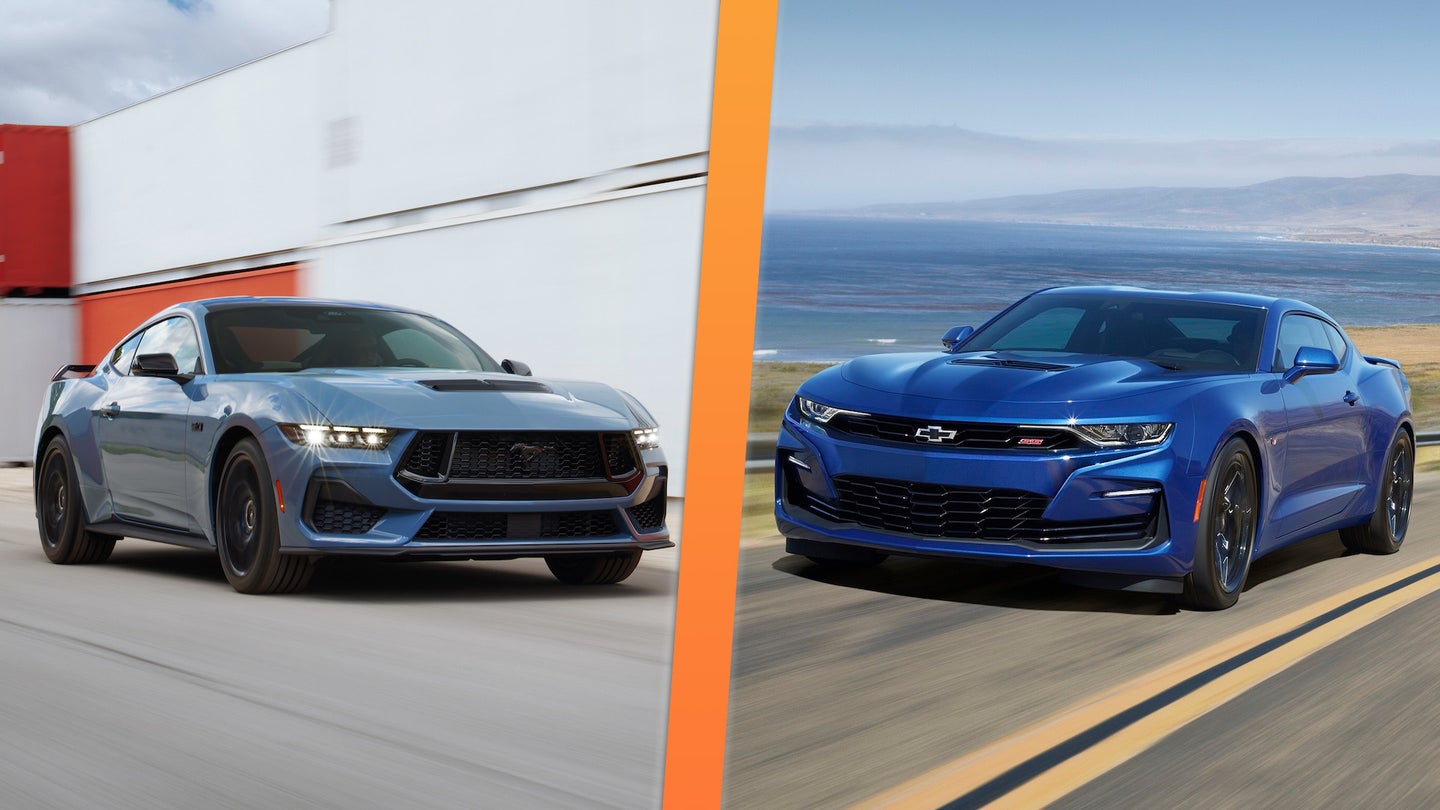 As Ford relights the torch of its pony car with its next-gen 2024 Mustang (S650), the light is dying for the Chevrolet Camaro. Even so, the Camaro SS is going down swinging, as a quick comparison against the new Mustang GT shows it’ll hold up remarkably well as it nears 7 years old.

Let’s start with a look at the new Mustang GT, as it’ll still be unfamiliar to most people. The GT continues to be powered by the 5.0-liter, all-aluminum Coyote V8, which Ford claims will be the most powerful GT ever, with a new dual-throttle intake. That confirms power will exceed the 450 HP of today’s GT, and may land somewhere near the Mach 1‘s 470 if not beyond.

The Camaro is powered by the venerable 6.2-liter, cam-in-block V8, which makes 455 horsepower and 455 pound-feet of torque. That’s more torque than the current Mustang’s 420 lb-ft, and they come on 1,000 rpm earlier, potentially leaving the next-gen Mustang with ground to make up. Both cars offer six-speed manual and 10-speed automatic transmissions, standard limited-slip differentials, and can be spec’d with magnetic damping and six-piston Brembo front brake calipers.

On the Camaro though, those Brembos come with four-piston rears, which Ford hasn’t confirmed will be available on the new Mustang GT. The Camaro also offers an E-LSD, and starts a good 45 pounds lighter than the 2024 Mustang, which comes in at a porky 3,730 pounds. On account of the marginally larger body dimensions, the Mustang has a significant edge in trunk space, with 13.3 cubic feet (in the hardtop) to the Camaro’s 9.1 cubic feet.

The Camaro’s apparent advantage in performance however hasn’t been enough to appeal to American car buyers, who have all but forgotten the poor-selling Camaro. As such, the Camaro is reportedly slated to bow out in 2023, with no apparent replacement planned. GM has teased a potential two-door performance EV in its vein, but nothing concrete so far. The Mustang meanwhile has already crossed the threshold into the electrified age with the Mach-E crossover. It looks like the Camaro and the next-gen Mustang’s time together will be brief—if they even get to coexist at all.

The post 2024 Ford Mustang GT vs. 2023 Chevy Camaro: Here’s How They Compare appeared first on The Drive.