2024 Ford Mustang S650: Everything You Need to Know Before the Big Reveal 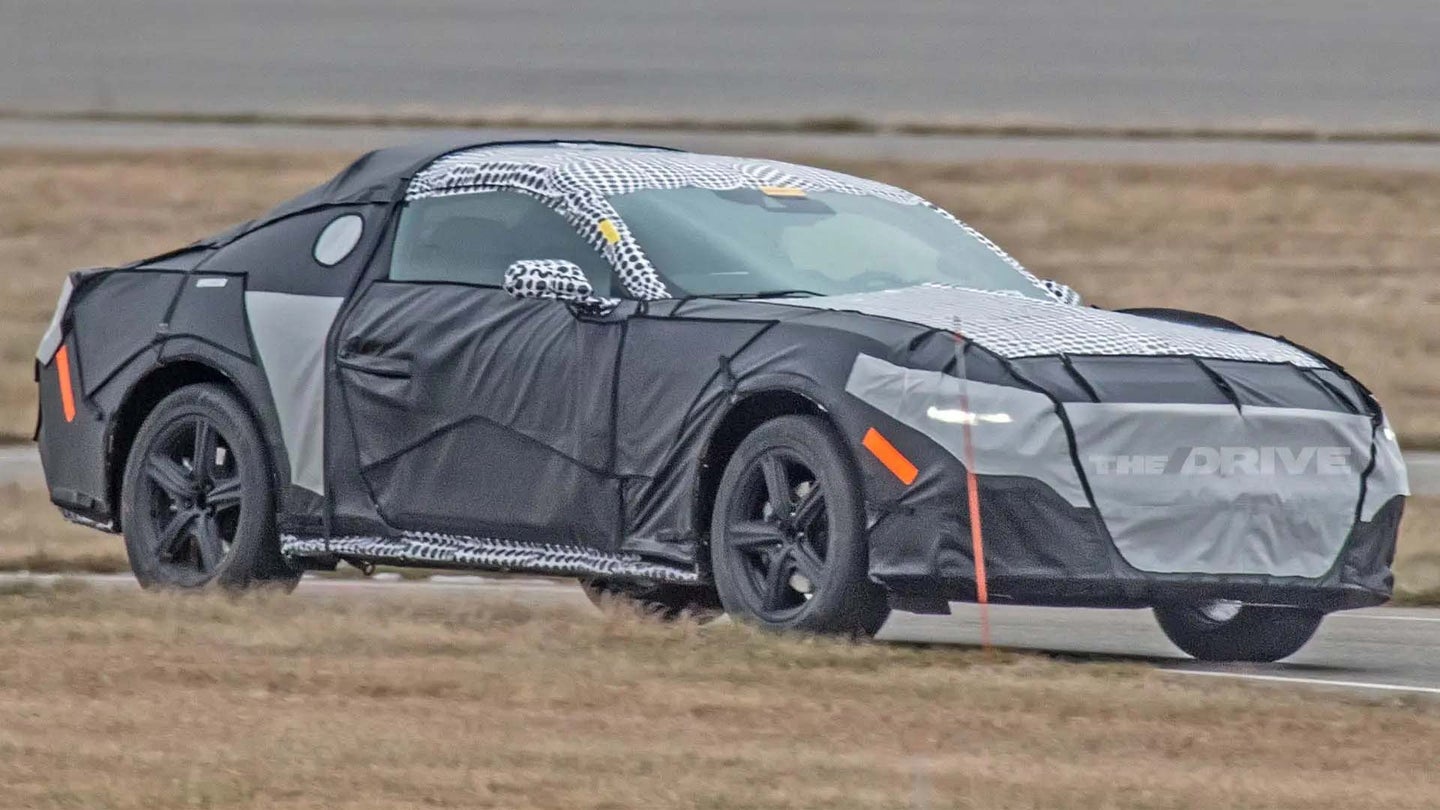 Any time a new Ford Mustang is unveiled, it’s a watershed moment. Ahead of the seventh generation’s debut at the Detroit Auto Show on Wednesday, it’s worth recapping everything we know—and what we think we know—so far. We’ll have all the details about the first new Mustang in nearly a decade very soon, but now is a good time to metaphorically shake all those boxes under the Christmas tree and make some educated guesses about what’s in store.

First off, we can confirm it’s called the S650 and it’ll launch as a 2024 model. It will also definitely have a manual transmission, as Ford CEO Jim Farley confirmed in a tweet. Official audio teasers posted on Ford’s Twitter account confirm it’ll have a great-sounding V8 once more, which is great news for the purists, of which there are plenty.

We have an idea of the styling, too, as it looks to have pretty standard long-hood, short-boot coupe dimensions, even clad in camo. The sequential turn signals appear to be sticking around for the seventh generation as well, and overall, it likely won’t be too drastic a departure from the outgoing generation.

The interior will get more screens because virtually everything does these days. We’ve seen spy shots of the Mustang’s interior already, which show a digital instrument cluster as well as a sizable infotainment screen. No word yet on whether physical HVAC buttons will stick around, but I wouldn’t hold my breath

That’s what we know for sure. Now, it’s time to make some guesses. While a hybrid, all-wheel-drive version was once rumored, more recent reports suggest that was axed and the new ‘Stang will stay rear-wheel-drive, gas-only. Various outlets have reported that it’ll be the final ICE-powered Mustang, and this swan song to internal combustion will be replaced in 2028 with an all-electric version. It’s thought that this final V8, which is likely similar to the current generation’s 5.0-liter Coyote, will make nearly 500 horsepower, a 50-ish hp increase over the 2022 GT model’s output. Base buyers will probably find a power plant that’s similar to the current 2.3-liter EcoBoost turbo-four that propels the present sixth generation.

The one wild card engine is the supposed 6.8-liter V8 that’s reportedly destined for the new Super Duty pickup. It’s possible that it could also show up under the hood of the new Mustang, which union officials have been hinting about since 2020. The union has since walked back those comments, but it’s entirely possible that the 6.8-liter could show up in the S650.

We’ll know more in just a day, but in the meantime, it’s been fun to guess what Santa’s bringing.

Got a tip about the new S650 Mustang? Send it to [email protected]

The post 2024 Ford Mustang S650: Everything You Need to Know Before the Big Reveal appeared first on The Drive.