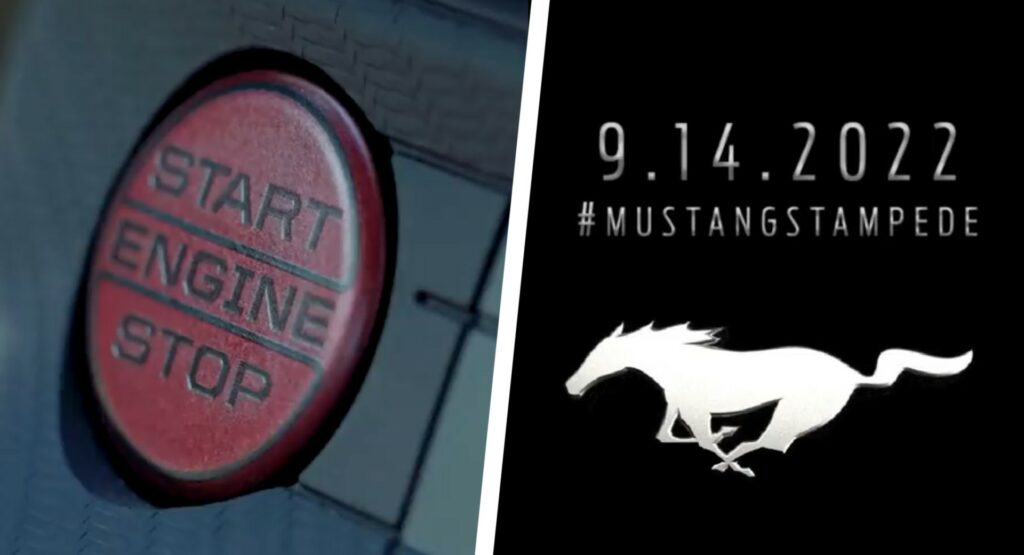 The new generation of the Ford Mustang will debut on September 14, and naturally, the automaker has started the teasing campaign. After showing the GT Performance badge on the tailgate and posting a clip of the screaming sound of the V8, Ford teases us again with the engine’s start-up growl, followed by a few revs.

Thankfully, the last V8-powered Mustang before the fully electric era sounds like a proper muscle car, admittedly making a much nicer impression than the silent start-up of the Mustang Mach-E. We also get to see the retro-style font on the red Start-Stop button.

The new Mustang is expected to sit on an upgraded version of the current model’s architecture and use a non-electrified 5.0-liter V8, reportedly producing close to 500 hp (373 kW / 507 PS). In the near future, we could also see a smaller displacement engine under the bonnet of the muscle car, while performance variants with the Shelby badge would be more than welcome.

Ford organized a special drive with all seven generations of the Mustang heading to the city of Detroit for the big premiere on Wednesday, September 14. We will keep an eye on the automaker’s social media channels for additional teasers prior to the reveal.

And they’re off! 7 generations of an icon. 1 epic Drive Home. We’re joining up with #MustangStampede in the Motor City, leading to the global reveal of our all-new Mustang® on 9.14.22