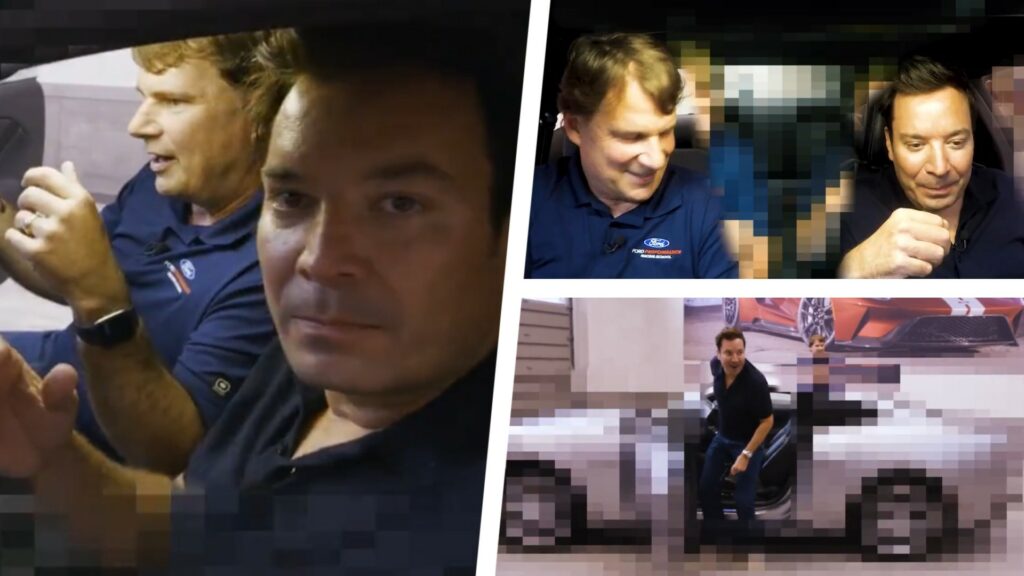 The time has come for the debut of the much-anticipated new generation of the Mustang, but Ford had one last teaser before the big unveiling. For this one, the automaker brought comedian and TV presenter Jimmy Fallon, with Ford CEO Jim Farley giving him a tour of the vehicle which remains censored for all of us thanks to a pixelate filter.

The host of The Tonight Show seems to be quite excited about the new Mustang. He checks out the interior which is where “the big change” happened according to Jim Farley.

Also Read: What Do You Want To See In The 2024 Ford Mustang?

Ford added revving sounds every time the CEO explains features of the new Mustang. Still, from the context of the conversation, we can understand that the muscle car benefits from a fancy digital cockpit. Speaking about the digital instrument cluser, Jimmy Fallon said “This looks rad, are you kidding me”, pointing out there is “detail into everything”  on the dashboard. Thanks to our spy photographers, we have already seen a great deal of the Mustang’s interior, including the digital dials.

Other than the censored cabin tour, the pixelated exterior of the Mustang appears to be quite similar to the outgoing generation. Proportions will be nearly identical as the new model is expected to ride on an updated version of the current platform, although the body panels will be redesigned as proven by spy shots and renderings. We also know that the new pony car will be fitted with a non-electrified 5.0-liter V8. The mill sounds pretty darn cool on the official teasers and is rumored to produce around 500 hp (373 kW / 507 PS). Later on, Ford will reportedly add another powertrain option to the Mustang range with a smaller displacement.

Stay tuned for more information about the new Ford Mustang which will premiere in a few hours. 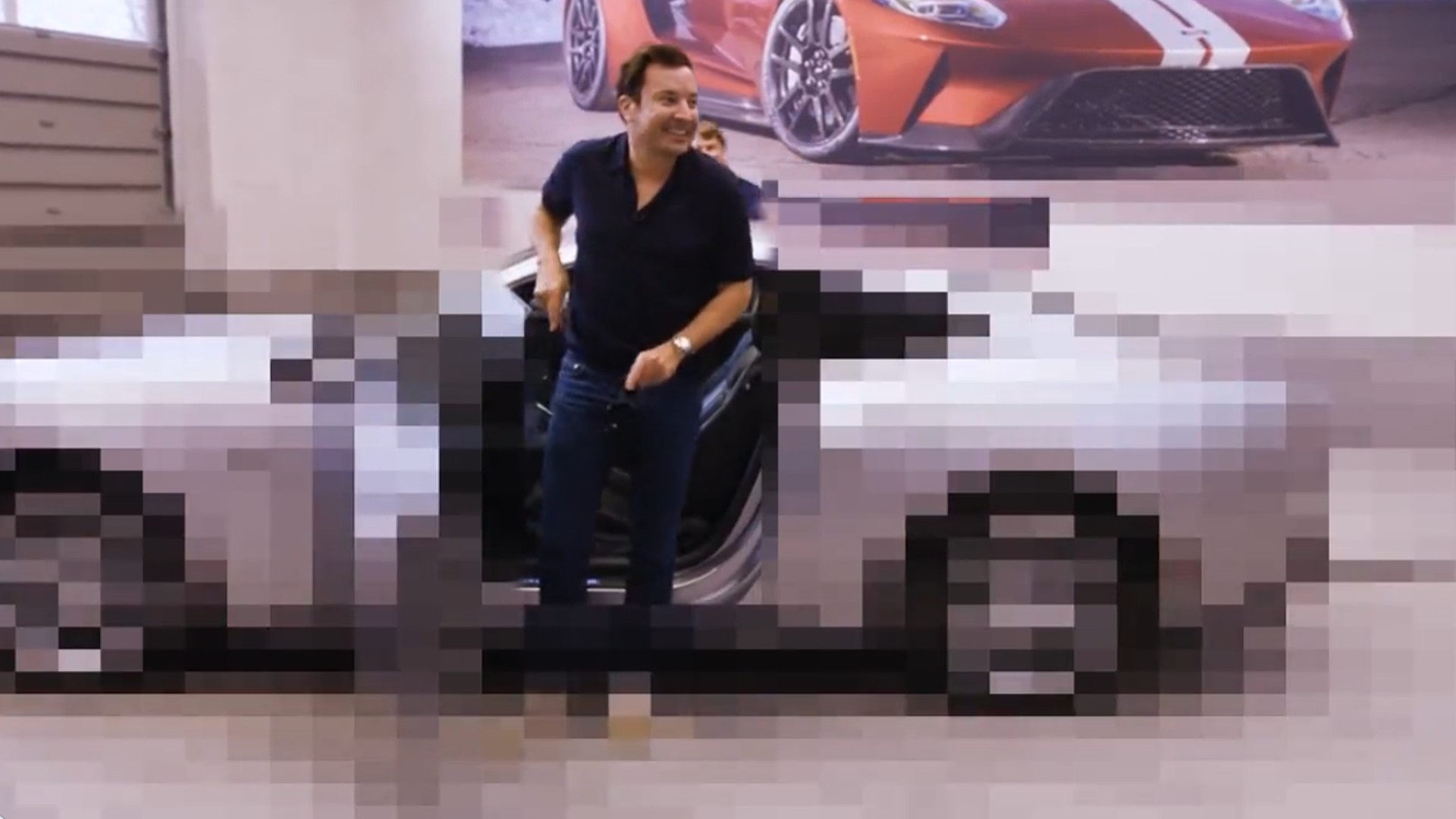