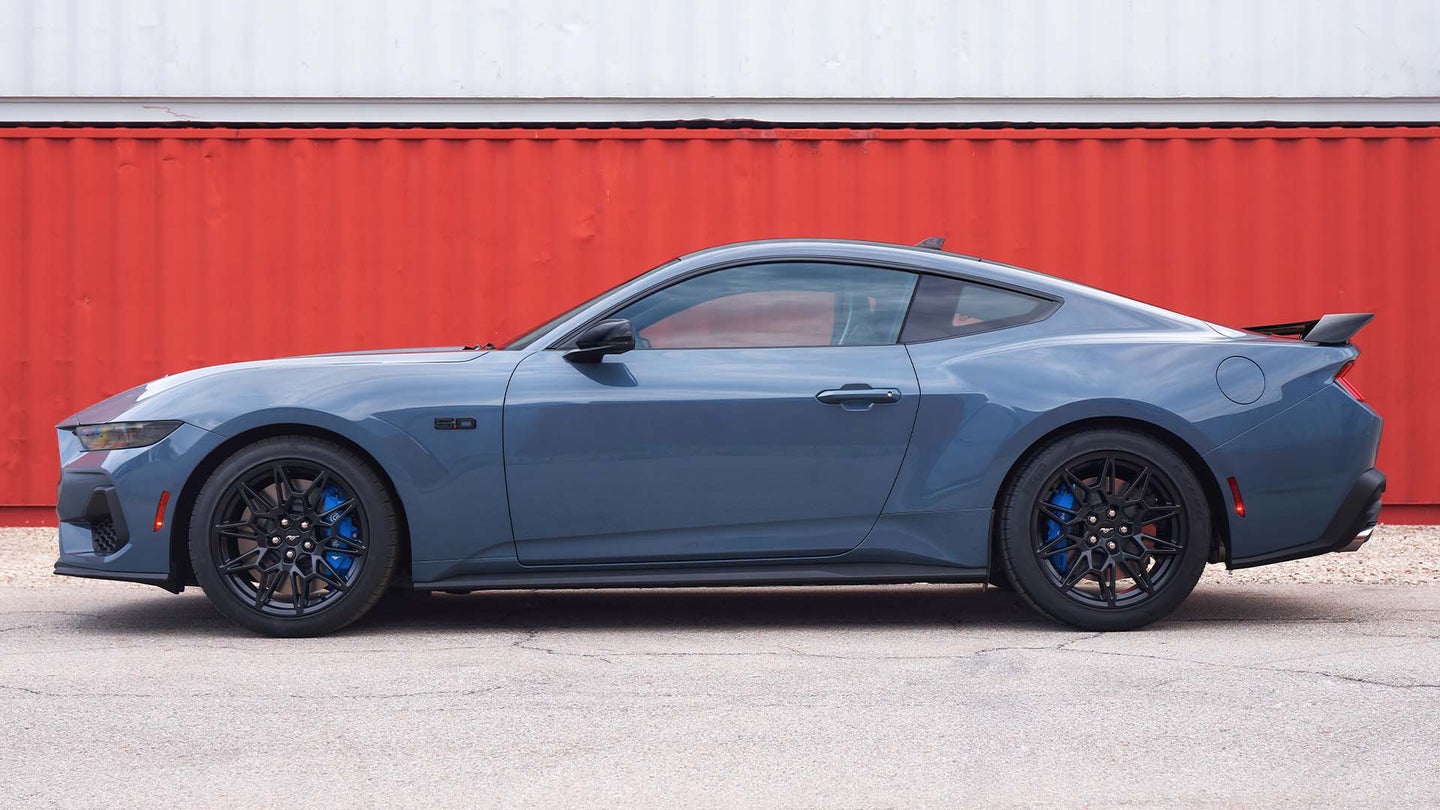 Ford has disclosed very little about the new Mustang’s underpinnings, likely because there isn’t much to say. The automaker has revealed that its chassis has been revised and stiffened, but the wheelbase, for instance, is exactly the same. The suspension, in terms of core architecture, is carried over, though it’s said to be improved upon from the outgoing generation.

That’s not all. The interior door handles and door pulls are the same. The center elbow rest is a carryover. The central transmission tunnel also may have been tweaked but it still looks familiar. Add to this the fact that the drivetrain offerings seem to be tuned versions of the ones we got last time around and, well, it all smells a lot like the new Nissan Z.

As the new Z shows, though, that isn’t necessarily a bad thing. Refinement is always welcome and the new Mustang does get a completely new dash with big, clear screens. That being said, there were apparently plans for a little more effort. Ford reportedly planned a hybrid but it was seemingly axed at the last minute. It seems like the Mach-E did enough lifting for the company’s fleet emissions to the point where it wasn’t necessary, though a hybrid ‘Stang would’ve been cool.

It’s also worth mentioning that special versions of the Mustang like the GT350 and GT500 aren’t usually revealed at the same time as the base car. It’s likely that these high-po models will be built unless Ford goes and pulls a Subaru on us, so that’s still something to look forward to. We might get to see a 7.3-liter V8 in the Mustang—or, perhaps more realistically, a 6.8L—before this generation is through, and it could be the end of the generation before it’s fully phased out.

The post 2024 Ford Mustang’s New Platform Is a Heavy Refresh of the Old One appeared first on The Drive.