2024 Honda Civic Hybrid Returns to the US, Joining CR-V and Accord 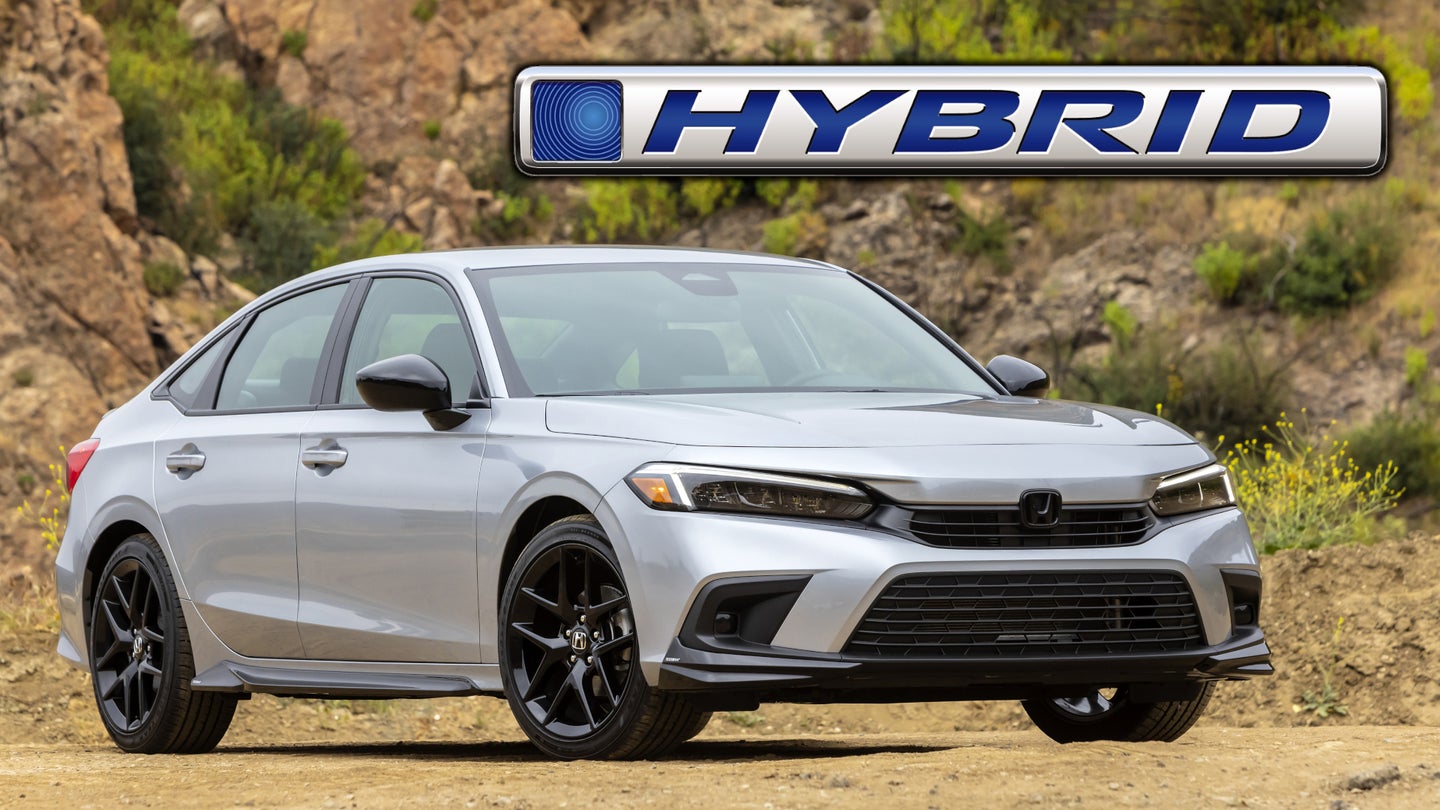 As the automotive world shifts towards electrification, Honda is getting its own plans in order. To that end, it’s bringing the 2024 Honda Civic Hybrid back to the US market.

The Civic Hybrid hasn’t been seen in the US since it was dropped in 2015. Now, it’s set to return for the 2024 model year, available in both sedan and hatchback body styles.

Honda is treading a well-worn path in which it uses hybrid models as a stepping stone on the way to full electrification. The CR-V Hybrid and Accord Hybrid have both already joined the US lineup. They’re positioned as the top trims of their respective models. Honda plans for the hybrids to eventually rise to make up 50% of the sales mix of the Accord and CR-V. It’s likely that the Civic Hybrid will follow in those footsteps.

It’s all a part of Honda’s push towards selling 100% zero-emissions vehicles in North America, a target it hopes to achieve by 2040. The aim is that as hybrid models become a volume seller for the company, it will ease Honda’s transition towards zero-emission models, such as full EVs. Honda doesn’t currently offer an EV in its US lineup but is currently pursuing partnerships with GM and Sony in this space. The Honda Prologue SUV is intended to be the company’s first high-volume battery electric vehicle, and is due to arrive in 2024.

It’s not Honda’s first dalliance with hybrid vehicles in the US. The Honda Insight actually beat the Toyota Prius to the US market by seven months back in 1999, though never enjoyed the same level of popularity. The third-generation model finally found some legs, selling 70,000 units since its introduction in 2018. The Civic Hybrid was also previously sold in the US from 2003 to 2015, before dropping out of the market in 2015.

Once upon a time, hybrids were mostly seen as special outlier models like the Prius and Insight. However, the last decade has seen hybrid drivetrains pop up as part of model rangers in all segments, from sedans and hatchbacks to SUVs. Honda’s move away from the Insight towards the Civic, Accord, and CR-V hybrids is thus very much aligned with this general shift in the industry.

The post 2024 Honda Civic Hybrid Returns to the US, Joining CR-V and Accord appeared first on The Drive.