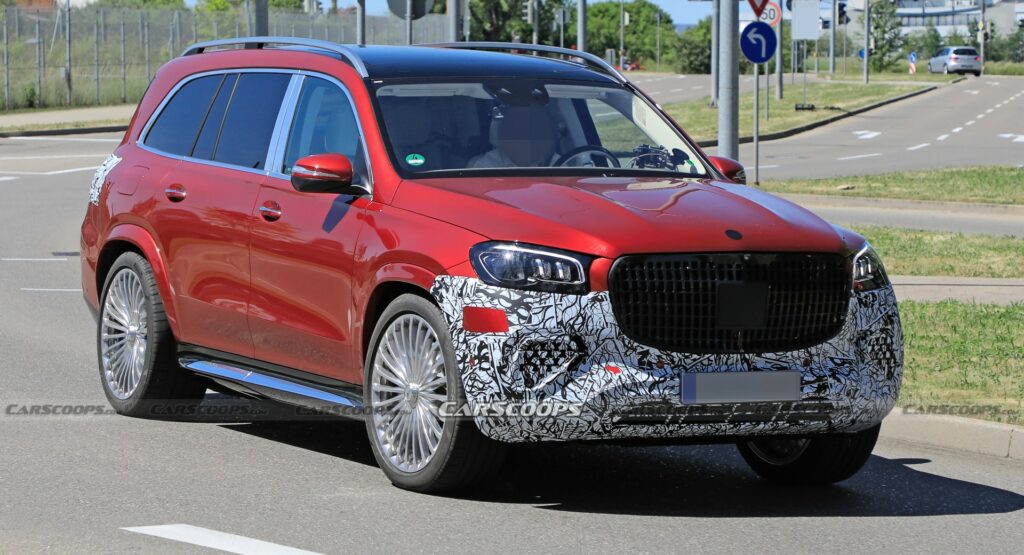 Mercedes has recently announced its renewed focus on luxury, with sub-brand Maybach working on the already confirmed Mercedes-Maybach SL and a few upcoming S-Class specials, but also on a facelifted GLS that was caught by our spy photographers out in the open.

The Mercedes-Maybach GLS premiered in 2019 but there have been a lot of changes in the full-size luxury SUV segment since. The Bentley Bentayga was facelifted and got an EWB variant, the all-new Range Rover arrived, and the BMW X7 was updated.

This is not the first time we come across a camouflaged Mercedes-Maybach GLS since last November a white prototype appeared on the streets. What is different with the pictured red-painted model is the extra camouflage wrap on the front bumper, hinting at more design changes than we initially thought. 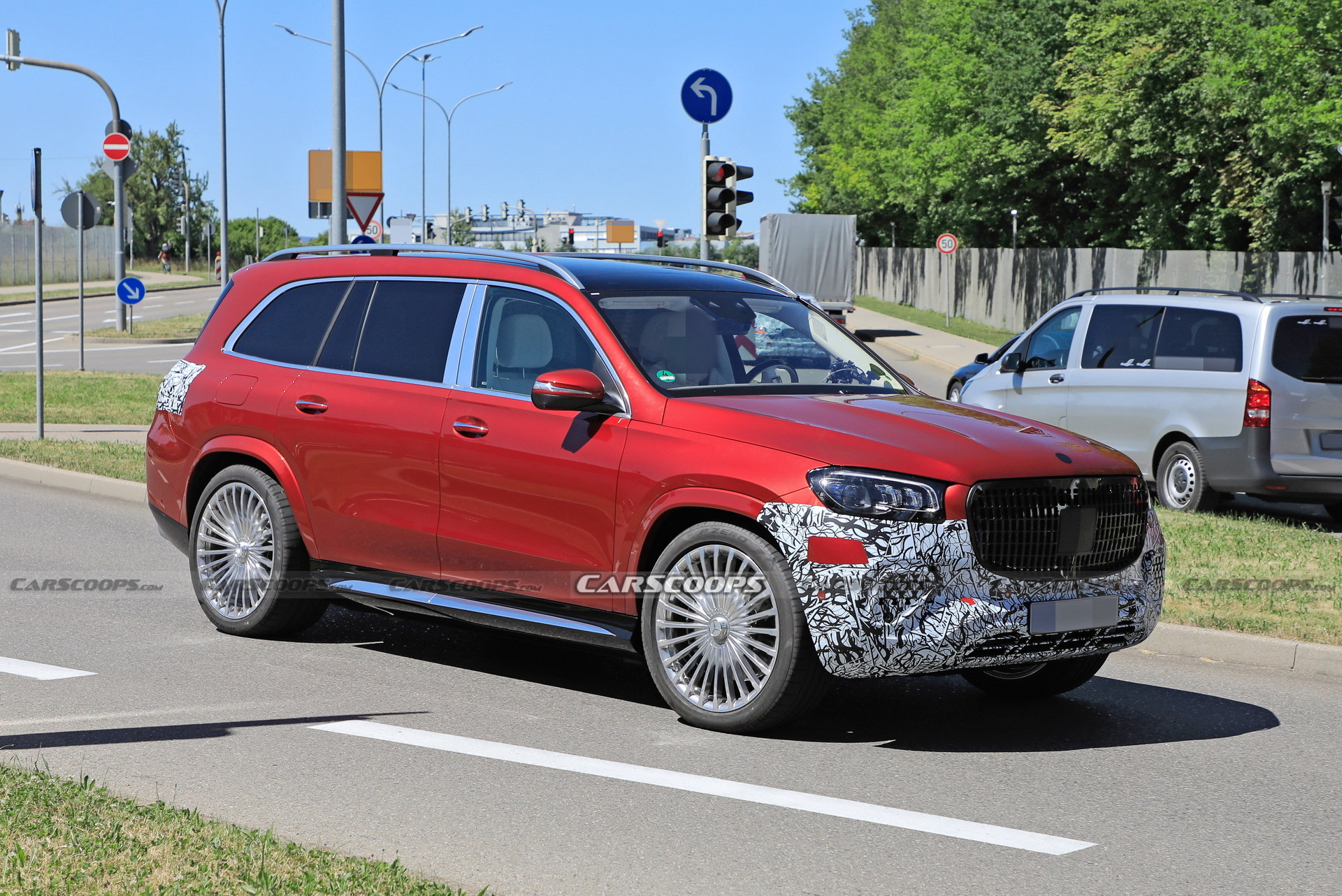 Compared to the original Mercedes-Maybach GLS, the facelifted model will sport a different design for the bumper intakes and the skid plate. Judging from Maybach’s other offerings, they will be infused with shiny chrome, helping distinguish it from the regular GLS from Mercedes-Benz. What is interesting about the prototype is the black treatment on the Maybach grille, which could be a sign that the automaker will start offering dark trim options similar to the Rolls-Royce Black Badge models, and the Bentley Mulliner Blackline trims.

Other changes in the facelifted GLS will likely include fresh LED graphics for the taillights with the surrounding area being covered by camouflage as in our previous scoop. The profile and the rear bumper remain identical to the current GLS, with 22-inch wheels and chrome accents all over the place. 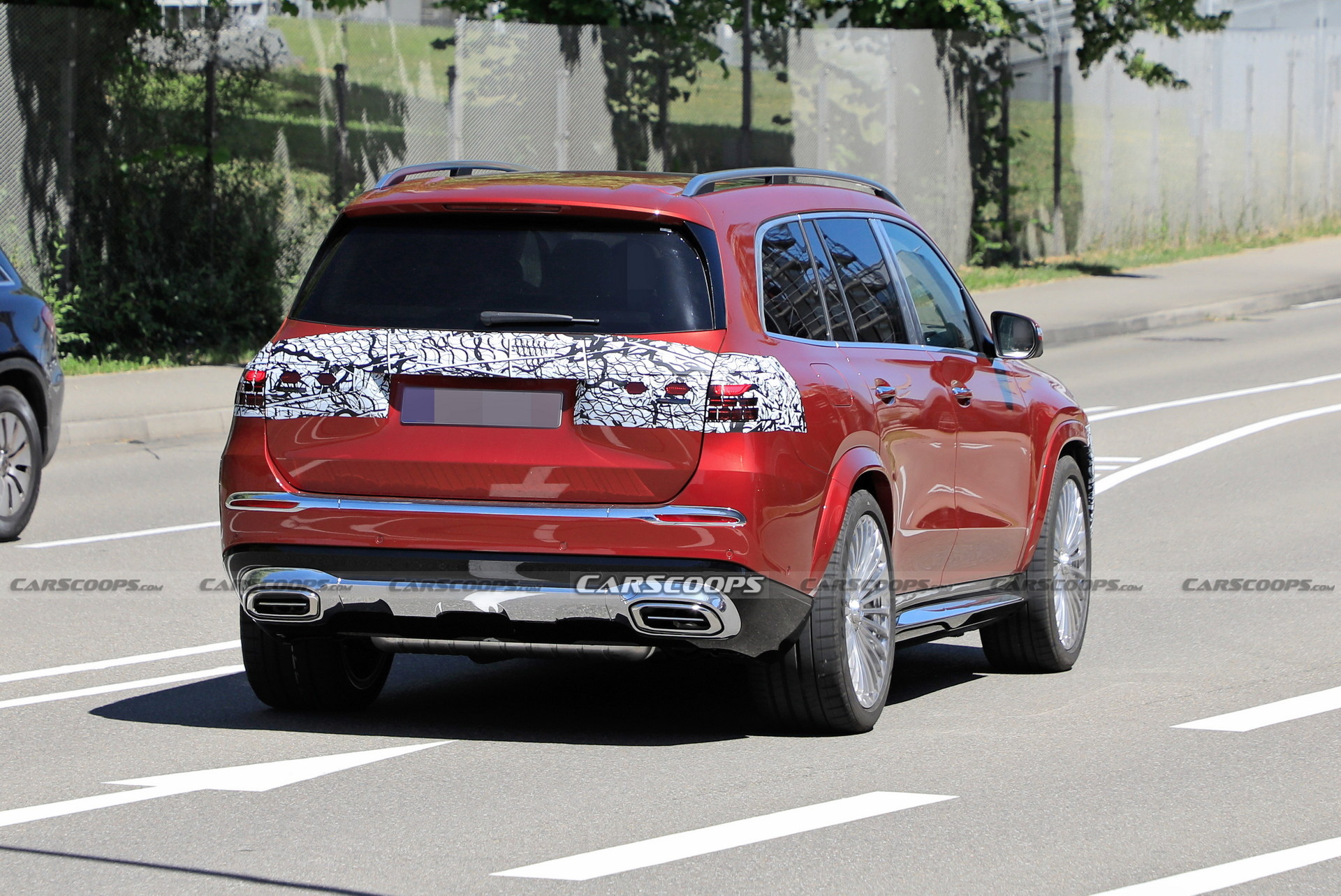 Inside the cabin, we expect new graphics for the digital cockpit, the latest MBUX software update, and the new steering wheel design that is already found in the S-Class and the SL. There is also a possibility of a more extensive update with the GLS gaining the new screen layout even though this sounds a little bit too much for a mid-lifecycle update.

The powertrain will most likely be carried over from the existing model since the twin-turbo 4.0-liter V8 is already electrified courtesy of the EQ Boost 48-volt mild hybrid system.

The facelifted Mercedes-Maybach GLS is rumored to arrive in early 2023 as a 2024 model. Judging from Mercedes’ latest announcement for Maybach, we wouldn’t be surprised if they came up with special editions of the SUV featuring bespoke personalization options.