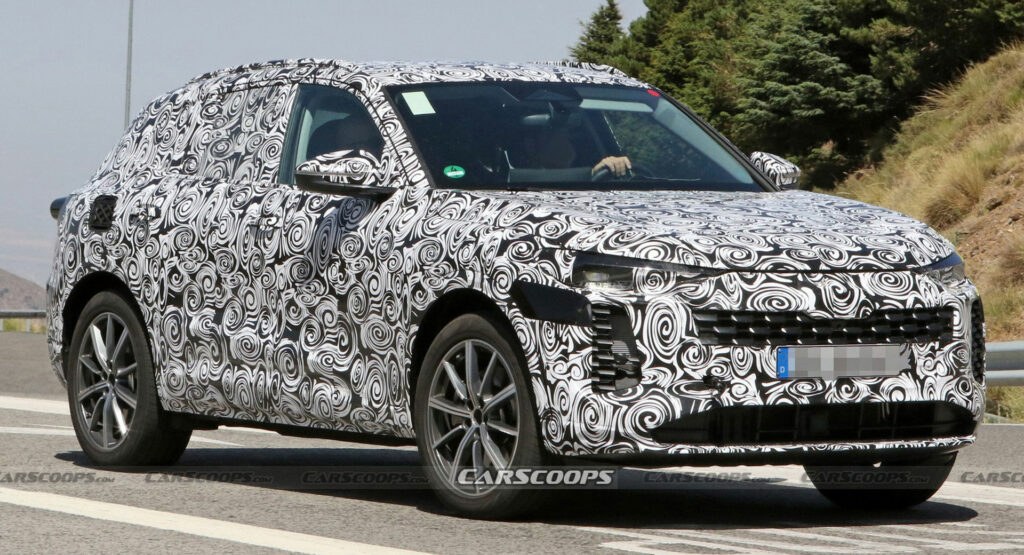 Spy photographers have snapped the redesigned Audi Q5 on a handful of occasions and now the hotter SQ5 has come out to play.

Caught wearing extensive camouflage, the prototype has a sportier front fascia that appears to be shared with the standard model. It features a wide grille with three dimensional accents that form a mesh-like structure.

Elsewhere, there are vertical intakes and sleeker headlights with a curvaceous design. They’re joined by a lower intake, which is much larger than the one used on the current model.

Moving further back, we can see streamlined bodywork and a more angular beltline. The rear end appears evolutionary, but this prototype is notable for featuring a four-tailpipe exhaust system that signifies it’s an S variant.

Spy photographers haven’t gotten a look inside the redesigned Q5 yet, but the model is expected to follow in the footsteps of the upcoming A4. As a result, the crossover will likely come equipped with a freestanding digital instrument cluster and a tablet-like infotainment system. The latter is far larger than the current 10.1-inch display and it should be joined by slender air vents, a minimalist shifter, and a new steering wheel.

While specifications for the new SQ5 remain a mystery, rumors have suggested the model could be equipped with a mild-hybrid system. We can also expect a performance boost with some suggesting the crossover could have up to 370 hp (276 kW / 375 PS). Of course, that number should be taken with a grain of salt and we’ll learn more details in the future.