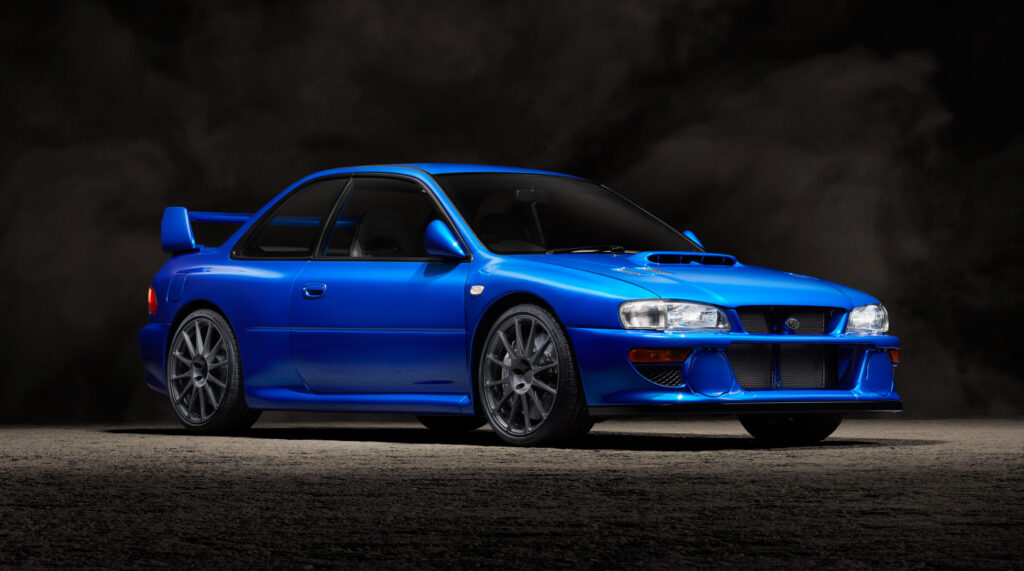 Prodrive has revealed the first official pictures of its Impreza P25 ahead of the model’s launch at this weekend’s Goodwood Festival of Speed. The P25 is a modern take on the iconic Impreza 22B, the holy grail of Imprezas released in 1998 to celebrate Subaru’s victory in the WRC with its Prodrive-developed rally cars.

UK-based Prodrive says the P25 employs the latest technology and materials to imagine what the 22B would be like if it was released today. But it will be significantly more rare and more expensive than the real thing. Subaru produced 424 Impreza 22Bs and they routinely change hands for north of $200,000, including one car which sold on Bring-a-Trailer in April 2021 for $312,555. But Prodrive is building only 25 P25s, and they’re priced at £460,000 plus VAT ($560,000) apiece.

Each car is based on an original two-door WRX bodyshell (not an original 22B), which receives carbon panels designed with the help of Peter Stevens, the man responsible for the look of the original rally cars, the 22B, and most famously, the McLaren F1. Using composites for the hood, trunk, roof, sills, front and rear fenders, mirrors, spoiler and bumpers helps trim the curb weight to only 2,645 lbs (1,200 kg) versus 2,745 lbs (1,245 kg) for a 22B. Other weight saving measures a lithium ion battery and optional lightweight carbon race seats. 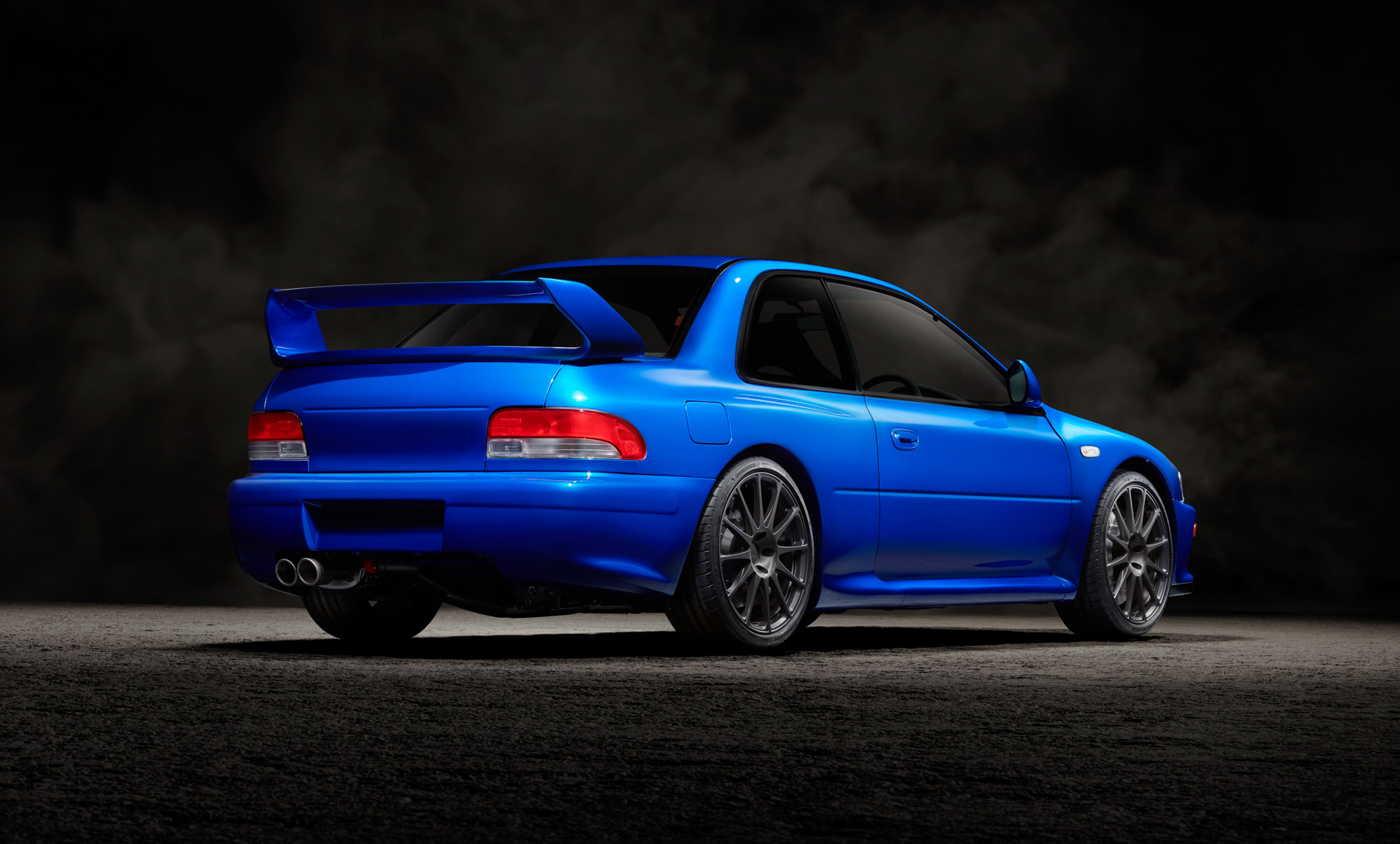 But the star of the show is the engine and gearbox combo. The motor is actually based on Subaru’s latest 2.5, but is comprehensively re-engineered with new lines, pistons, rods and valve train, and breathes through a new Garrett turbo, high performance intercooler and Akropovic titanium and stainless steel exhaust system. The headline stats are 400 hp (406 PS) and 443 lb-ft (600 Nm) of torque, which makes the P25 more than 30 percent more muscular than the 276 hp (280 PS) 22B, even if that did make a few more ponies than the Japanese automaker’s power cap led Subaru to claim.

Helping get that power to the road is a six-speed sequential gearbox with helical-cut cogs, rather than noisy rally-style straight-cut items, which Prodrive says can swap ratios in 80 milliseconds. A launch control system works using the drive-by-wire throttle and an automated clutch to let the drivers blast from a standstill right through to the top of third gear without having to first practice their footwork. Let the computer work its magic and you’ll get to 62 mph (100 km/h) in less than 3.5 seconds, more than a second ahead of the 22B.

That electric throttle has also allowed Prodrive to create multiple driver modes, like you’d get on a modern performance car. What you won’t find on a modern road car is the ability to adjust your anti-lag, or a WRC style hydraulic handbrake that automatically disengages drive to the rear wheels for the best possible skids.

Prodrive hasn’t released any interior images of the P25, but says the dashboard is “a full width high-definition multi-page display including data logger.” But if that suggests a radically modern makeover, Prodrive also claims it has recreated an authentic 1990s Impreza interior using a combination of leather, Alcantara and carbon. It says the interior has seating for four as standard, but buyers will also have the option to ditch the back seats at the point of ordering and add a partial roll cage in place of the bench. 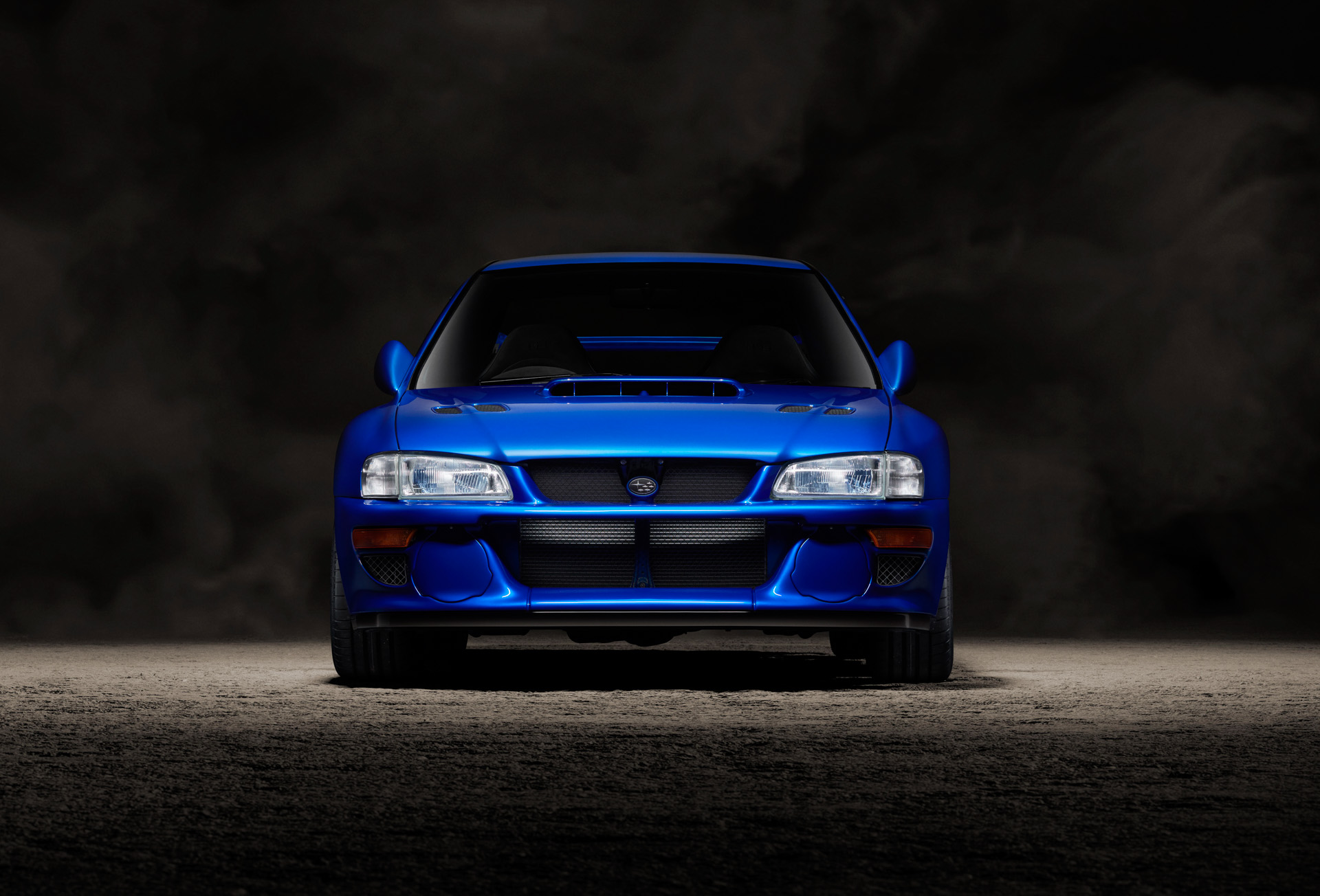 “The iconic blue Subarus bring back memories of an extraordinary era of the WRC and it was the Impreza 22B that brought this rally car performance to the road,” said David Richards, Prodrive’s chairman, in a statement accompanying the release of the first P25 images.

“By reimagining this car using the latest technologies and materials the Prodrive P25 pays homage to its roots and there will be little else able to match its performance on the open road. I therefore believe we have achieved our vision of creating our own modern interpretation of the most iconic Subaru Impreza ever.”

What do you think of Prodrive’s P25? And which other Japanese icon would you like to see get the same treatment from one of the major players responsible for its original success?