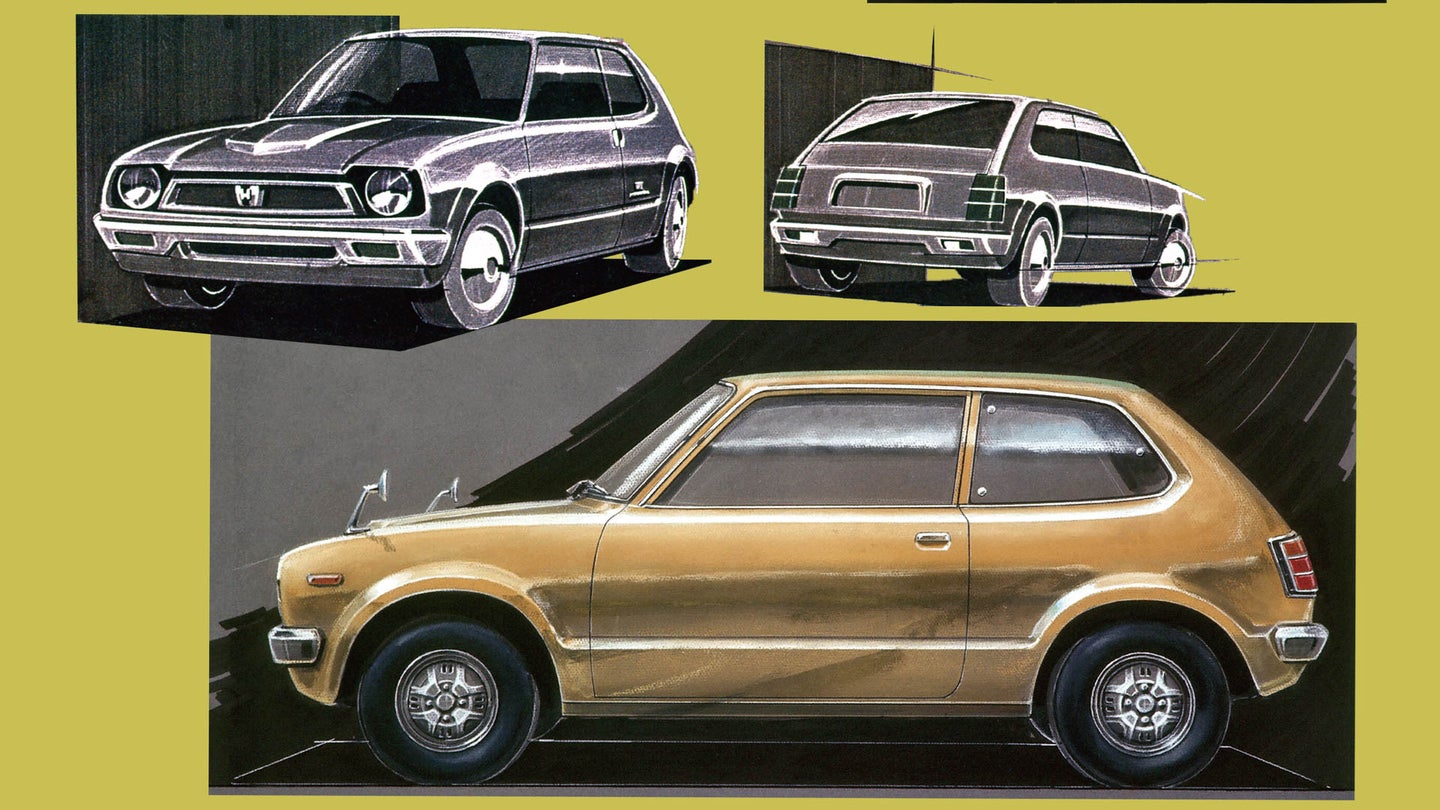 This month marks the 50th birthday of the Honda Civic. The car that’s become one of the world’s most popular first launched in Japan in July 1972, and since then, Honda has sold more than 30 million Civics globally across 11 (eleven!) generations. To celebrate, Honda released these killer sketch panels, illustrating the designs that carried the Civic from a plucky economy car to the automotive staple it is today.

It’s difficult to overstate just how impactful the Honda Civic has been to the American car industry, specifically over the past 50 years. Despite its low price tag, it’s always been well-built, reliable, good-looking, and—most importantly—fun to drive. It’s been part of Car and Driver’s 10Best eight times, it was a Motor Trend Car of the Year, and it has won North American Car of the Year three times, including in 2022.

These sketch panels offer a look into the history of such an iconic car and how its design has evolved over five decades. The first-gen Civic might be the best-looking Civic of all, and looking at its sketches, I even see a little bit of Giugiaro’s Mk1 Volkswagen Golf. Ironic, as both were designed around the same time on different sides of the world.

Pretty much every generation of Civic has looked good, too. Sure, the seventh-gen was a bit boring and the 10th-gen was a bit extreme, but no Civic generation has ever really been bad. And at least one of these designs has likely touched most of our lives, especially millennials and younger.

So many of our parents or friends’ parents had Civics, which meant a lot of us spent considerable chunks of our childhoods in the back seats of one. The Civic also met many first-time drivers, took countless teenagers on first dates, was the car in the driveway of many first homes, and saw countless other big moments in people’s lives. These designs might not be groundbreaking, and few kids had Civic posters on their walls. But it was one of the cars that helped shape American culture and these designs were a big part of the reason why.

The post 50 Years of Honda Civic Sketches Show How Car Design Has Evolved appeared first on The Drive.