740,000 GMC Terrains Recalled for Headlights That Are Way Too Bright 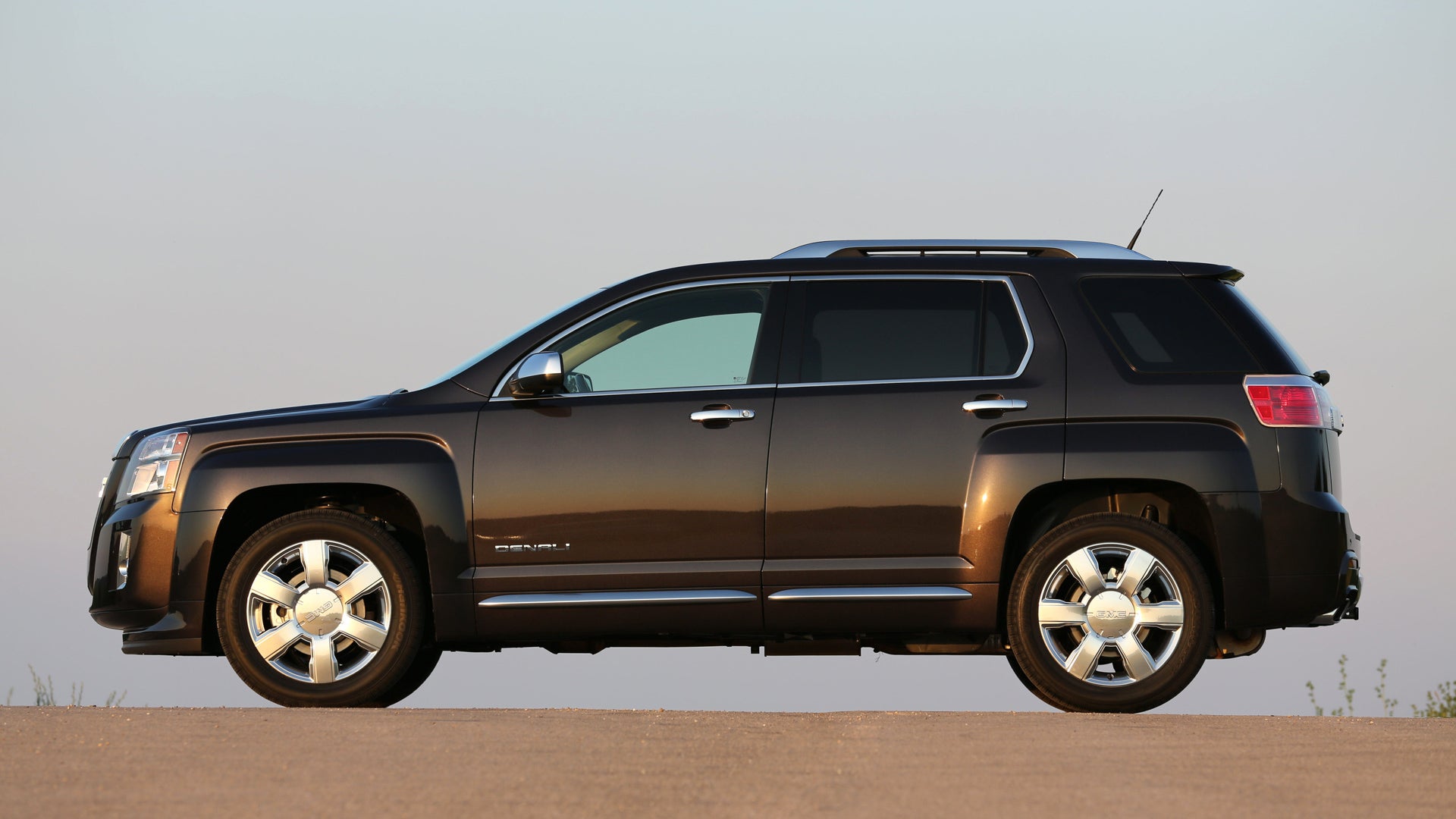 General Motors is recalling around 740,000 vehicles, all 2010-2017 GMC Terrains, for too-bright headlights after discovering that the vehicles do not meet federal regulations. The automaker formally requested that the National Highway Traffic Safety Administration let the error slide back in June of 2019, but NHTSA rejected GM’s petition to leave the Terrains unchanged. Now, affected Terrain owners will receive instructions starting April 23 to bring their SUVs in for a fix.

The reason behind the recall is that the headlights’ reflector housings cause them to be too bright—by up to a factor of three at certain designated test points, according to the NHTSA. GM argued in its petition to ignore the issue that the brightness was “inconsequential as it relates to motor vehicle safety” because the excessively lit areas would not affect drivers or oncoming motorists except in conditions of dense fog or snow.

GM also added that it was removing old-stock Terrain headlights with updated ones that would correct the lighting as of June 2019, fixing the issue on any units that needed a full housing replacement. Additionally, the company pointed out it had fixed the issue for newer model years of the Terrain and it only received one formal complaint about the lights since the Terrain’s production began. But the recall was still ordered by the NHTSA, which stated that “…the absence of a complaint does not mean there have not been any safety issues, nor does it mean that there will not be safety issues in the future.”

A GM spokesperson told the Detroit News that the company Is still researching a fix. With the new housings already produced that “add graining to the inadvertent reflecting surfaces, which will prevent the reflections that are the cause of the issue,” it’s likely that the recall repair will be something similar.

This recall comes on the heels of another headlight-aim recall affecting the Lamborghini Huracan and the announcement that automakers will finally be allowed to bring adaptive headlights stateside, after nearly a decade of discussion. As someone who drives an extremely low car on occasion and finds herself continually blinded by oncoming traffic—even when I drive my lifted trail-runnin’ van—I hope this signals a new era of being able to actually see the road at night when there’s oncoming traffic.

Got a tip or question for the author? Contact her directly: [email protected]