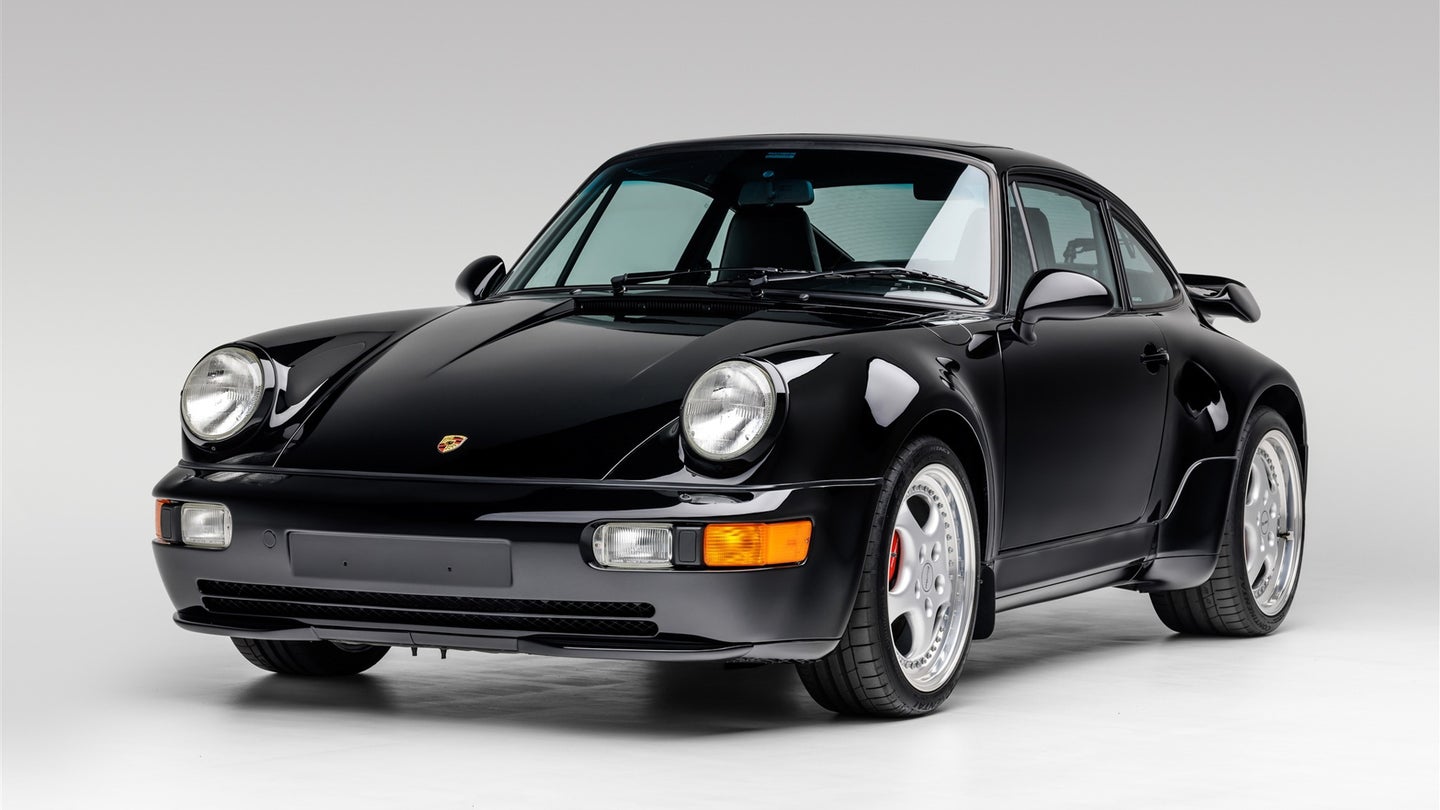 Auction car prices have been nutty for the past couple of years but this one that just sold on Bring a Trailer dropped my jaw. As rare and special as this 1994 “964” Porsche 911 Turbo S Package is, $1.26 million is still a shocking price tag. However, reading more about it, and just how unique it is, I almost get it.

In 1993, Porsche debuted the 911 Turbo 3.6, which had an upgraded 3.6-liter single-turbo flat-six engine that replaced the old 3.3-liter turbo engine. Its 355 horsepower made it the highest performing Porsche on sale in North America and fewer than 1,500 were made. Rare, right? Well Porsche went even further.

Later that year, Porsche decided to make a special Turbo S model, which used Porsche’s “X88” engine mods, inspired by it IMSA race cars. That meant a bigger turbo, an upgraded intercooler, bigger fuel injectors, an upgraded camshaft, and a new exhaust, all of which bumped power up to 380 horsepower and 384 pound-feet of torque.

Fewer than 100 Turbo S models were made and even fewer made it to North America. Of the Turbo S Porsches that were made for North America, 39 were Flatnose models. However, Porsche North America and Porsche Canada petitioned for some Turbo S models without the Flatnose and 17 of them were made. All 17 had a long list of Porsche Exclusive equipment, including a different front splitter, the iconic whale tail rear wing, 959-style rear fender vents, and special 18-inch three-piece wheels, all of which gave the Turbo S 3.6 the “Package” name. The one that sold for $1.26 million is one of those 17.

This specific 911 Turbo S 3.6 Package wears a black-on-black color scheme, with only some red “Turbo S” logos on the floor mats, a wooden shift knob, and wooden handbrake to add some pop to the interior. According to the Carfax, it’s had four previous owners but none of them drove it very much, as it only has 8,700 miles and looks minty fresh. And even with its low-mileage, its engine was refreshed with new gaskets in 2022.

OK, so one-of-seventeen makes it extremely rare and it is an incredibly unique spec of a beloved 911 generation. I’m not saying I think it’s worth $1.26 million but I also sort of get why someone with bottomless pits for pockets would buy it. When you can afford anything, rarity becomes invaluable. So the sort of person that can afford a $1.26 million dollar car wants something very few other people in the world own and this is 911 fits the bill.