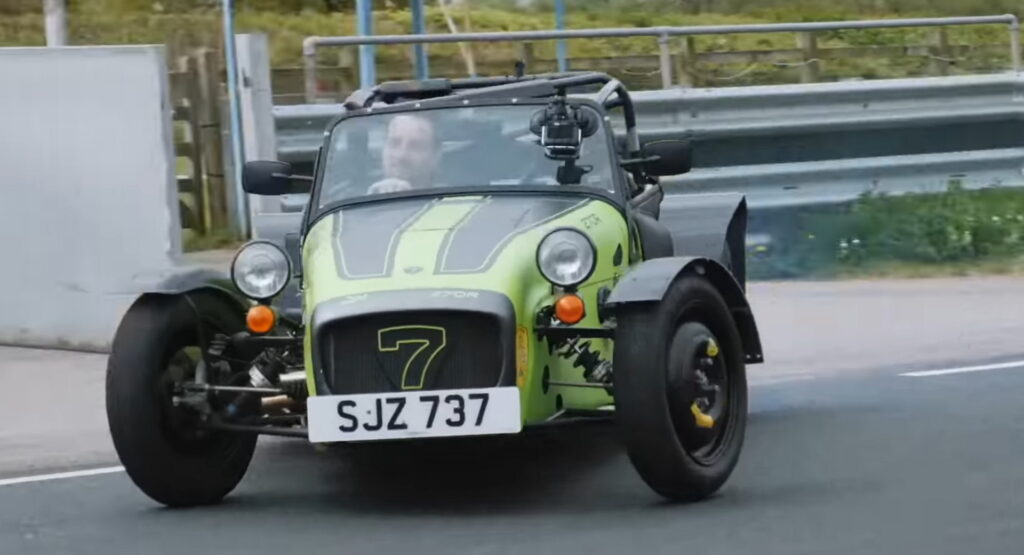 Driven Media has been exploring the relationship between tire-size and speed. So far, though, it has only asked what happens when you add more rubber to a car. What happens, though, when you remove it?

To find out, the team went for just about the worst tires money could buy: spare tires. These wheels, designed primarily to be small, aren’t intended to go over 50 mph (80 km/h). They’re just about the least grip you can get from a wheel before you get into wagon wheel territory.

And, indeed, they provide much less grip than a normal performance tire. In fact, around the channel’s short racetrack, the Caterham Seven manages to set a lap time of 31.6 seconds on normal tires, whereas it can only manage a time of 38.6 with the spares. 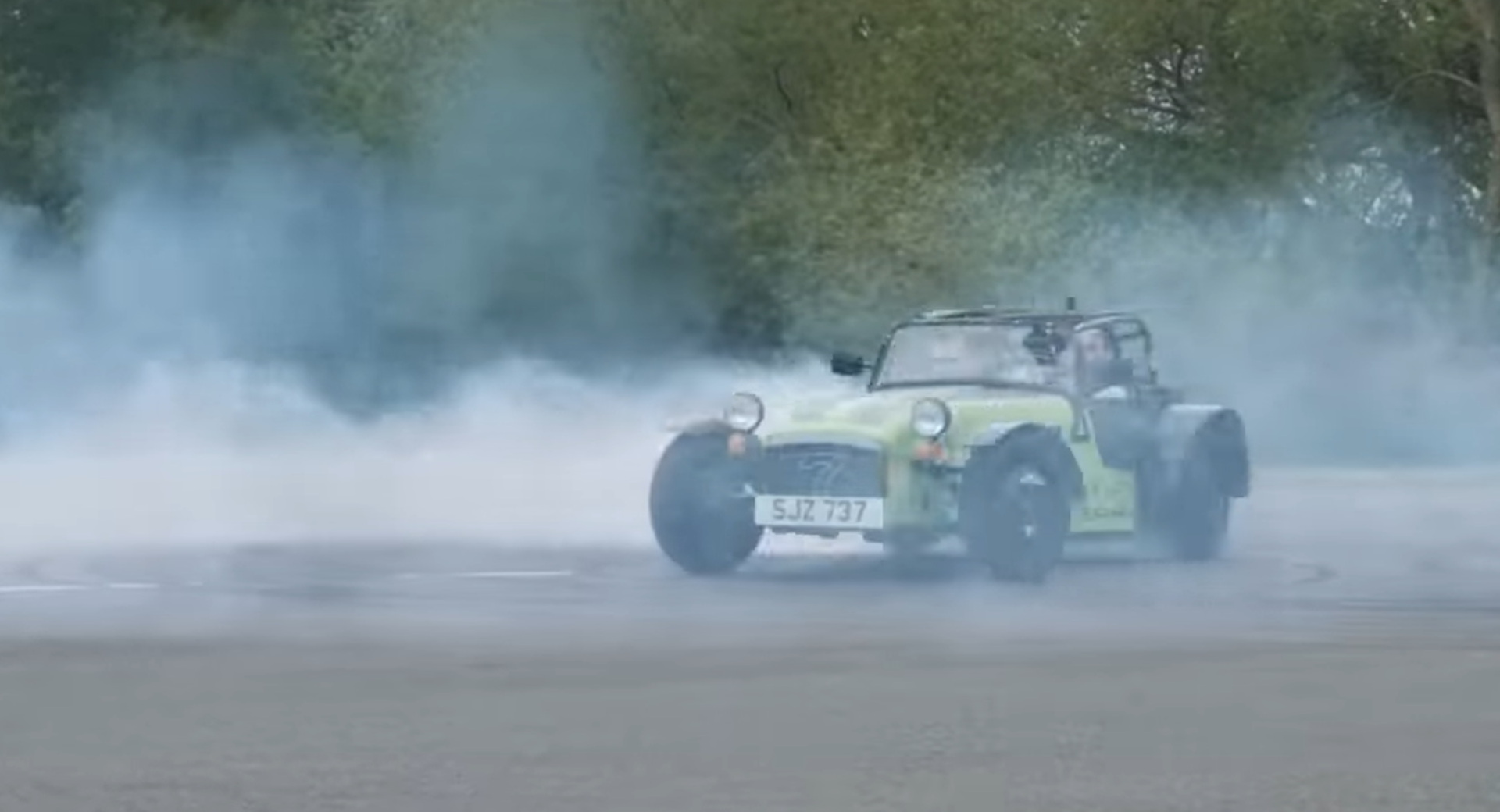 That was always expected, though. The question the video sought to answer wasn’t about speed, it was about fun. So how much more fun are these tires? Well, that’s kind of complicated to answer.

Obviously, these tires were chosen as a bit of a gag, and the first set of tires lasts just 45 minutes. But the question of removing grip to improve fun is a legitimate one that Toyota and Subaru tried with the first-generation GT86/BR-Z.

And, to be fair, the removal of rubber does make drifting a lot easier. Everyone in the Driven Media crew manages to get pretty good donuts going, and all seem quite entertained by the car’s propensity for oversteer. But that’s not the end of the story. Along with rear grip, the car loses front grip, too, leading to some pretty significant understeer and much lower corner entry speeds.

Unfortunately, as with many other aspects of life, there is a give and a take to grip. While more grip gives you more speed, it also raises stakes; less grip brings more drifts, but more frustration, too. Annoyingly, that means that there is no panacea for tires, you just have to know what you want.