A Eulogy for the Small Vans 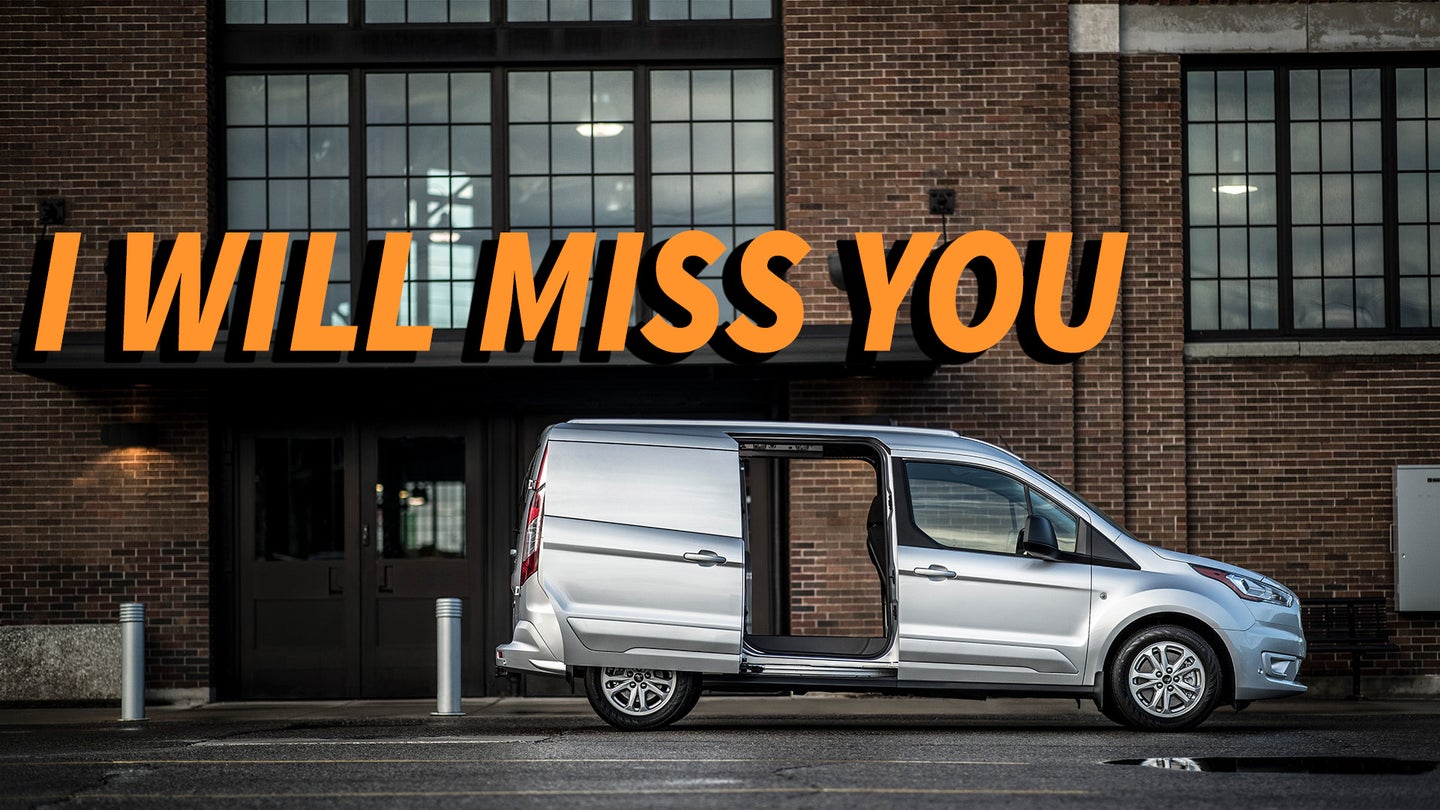 With the discontinuation of both the Mercedes Metris and the segment-leading Ford Transit Connect reportedly coming in 2023, the small van is nearly dead. Only the Ram Promaster City carries on the torch of a once-much-prouder segment that had the Nissan NV200 (RIP, 2020), the Chevy City Express (RIP, 2018), the Mini Clubvan (RIP, 2013), the Chevy HHR Panel Van (RIP, 2011), and plenty more blink-and-you’d-miss-them attempts. The reason for all these departures is almost invariably disappointing sales—Mini only sold 50 Clubvans in the States—but most of these vans still soldier on through European cities and countrysides. So why can’t Americans just get on board with them too?

Well, for one, there are the chicken tax rules, although Ford seems to be circumventing those just fine for now with the Transit Connect. It’s built in Spain and shipped to the U.S. exclusively as a passenger van, then it’s stripped of its seats and so on to make it a cargo van. This helps it avoid the 25 percent import tax on non-U.S.-built trucks and cargo vehicles. Even when manufacturers perform workarounds like this, though, Americans still don’t buy them; Ford sold only 14,107 Transit Connects in the first half of 2022 versus more than 40,000 full-size Transits in the same period.

MSRP might be part of the reason Americans can’t get on board with city vans. The Transit Connect currently starts at a touch under $30,000, and the full-size Transit slides in just under $40,000. For that premium, buyers more than double cargo space from 108 cubic feet on the short-wheelbase Transit Connect to 246 cubic feet on the smallest Transit. Americans have rarely shied away from the chance to super-size when given the opportunity, and vans aren’t an exception to the rule.

But that super-size-me behavior comes with external negative costs, and that’s part of why I’m so sad to write this eulogy. To start with the most obvious effect, the Transit Connect is vastly more fuel efficient than its full-size Transit brethren, with an EPA-rated figure of 25 mpg combined; compare that to the Transit’s less-than-stellar 16 mpg. Over five years, the full-size van costs $6,500 more In fuel costs alone. While there are a few electric vans just over the horizon, they still don’t have the range or the price point to be a perfect substitute for ICE vans, and so this fuel efficiency still matters deeply in an era where we need to cut CO2 emissions. That efficiency matters even more for cargo vans than less-traveled personal cars, considering that some UPS drivers report traversing 300-400 miles per day on rural delivery routes.

But the less obvious external cost is that we will have yet more massive vehicles running around. They demand more pavement space, kill even more pedestrians, wear out our roads even faster, and ultimately force the American road system to continue to prioritize vehicles over people.

The small city van is king across the Atlantic because European cities, with their more human-oriented urban planning, simply make a full-size Ford Transit or GMC Savana an impractical proposition. Many United States cities tried the same thing during the peak of pandemic closures, closing off hundreds of miles of city streets or intentionally restricting traffic to create pedestrian-friendly environments. These changes were largely popular with residents (and even more popular with low-income residents who traditionally have less access to outdoor recreation spaces), cyclists, pedestrians, and yes, even businesses. Yet despite this general popularity, most cities have overwhelmingly chosen to end closed-street programs, instead choosing to prioritize vehicles over people because cars reign supreme in American culture and policy.

And it doesn’t have to be a binary choice between people or cars. Even in the most car-free cities imaginable, cargo vans are still allowed because deliveries of goods are a requirement for the modern world. There still could be a happy middle ground between cargo bicycles and massive trucks, and I believe small vans are the solution.

I own a small van (albeit one that was never sold here) and I love to drive; I have visited a ton of city centers in it. In places where driving a massive truck or a full-size van would instill me with fear or be downright impossible, my diminutive-yet-seats-eight Toyota maneuvers the tightest urban environments with ease and fantastic visibility. My van makes it easier to spot pedestrians and make tight u-turns, and it fits in a standard compact spot with ease—the Hiace’s wheelbase, at 102 inches, is only 11 inches longer than a Miata’s. Small vans make perfect sense for the human-friendly urban world that so many Americans want to build, where cars and pedestrians co-exist rather than compete.

But the market keeps forcing us to lose our chances at that world, and the small van segment’s death feels like a blow to a friendlier place for pedestrians and motorists alike. In the meantime, I’ll be rooting very hard for the Ram Promaster City. I believe in you, buddy.

The post A Eulogy for the Small Vans appeared first on The Drive.